Amid the shift of commerce to online stores like Amazon, one huge segment of the industry has been overlooked: dollar stores. Many assumed that’s because with retail price points that low, there’s little room for profitability – after all, if dollar stores could be a successful online business, wouldn’t they already be hugely popular? Actually, they might be heading in that direction: a startup called Hollar– the brainchild of The Honest Company’s CEO Brian Lee, and run by a former Honest VP, David Yeom – is bringing the both spirit of discount shopping and merchandise quality you’d find in brick-and-mortar dollar stores online.

Recently, Hollar had its first million dollar month, and raised another $12 million in Series A funding. Now, the company is moving to manufacture its own goods.

The idea for the Santa Monica-based startup arose from a lunchtime conversation between Lee and Yeom, where they contemplated the idea of taking one of the fastest-growing segments of retail online. Lee now serves as executive chairman and sits on the board, but continues to run the Honest Company, day-to-day.

“It’s amazing an industry this big is not very talked about,” says Yeom. “It definitely suffers from some perception and stigma…but 80 million people shop at these places. When you talk about massive scale, that’s what this industry is all about.”

Yeom, who previously ran marketing at Honest, has a history of experience in the industry, including as CMO at HauteLook (acquired by Nordstrom), and before that held positions at eBay, Yahoo and MySpace.

Many of today’s dollar stores don’t sell online – or if they do, it’s not a core part of their business. But that’s not necessarily because there’s not a market for online discount goods. Instead, it has more to do with the fact that their supply chains haven’t been designed for that direct-to-consumer shopping experience, says Yeom. They’re so successful in yielding profits from their existing square footage and expanding new stores, that investing in a whole new business could pose a challenge for them.

Hollar, meanwhile, is built from the ground up for online and mobile shopping. The startup quietly launched in early November 2015, and some six months later, already sees over a million visitors to its site every month.

Combined with an earlier seed round, Hollar is backed by $17.5 million in total. 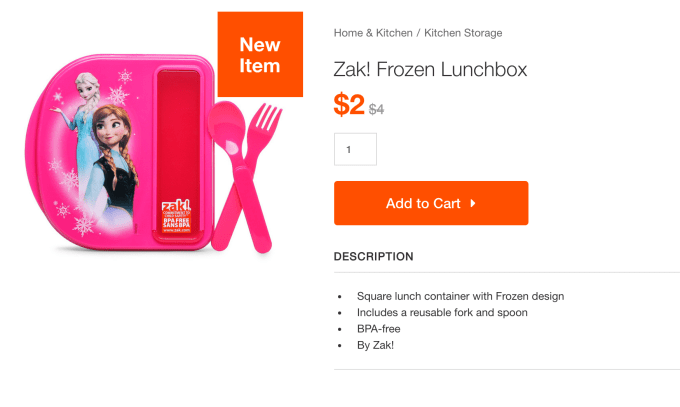 Of course, there are a good handful of places to find lower-cost items online. Amazon naturally comes to mind. There, a number of sellers offer imported merchandise from overseas, often from China, at extremely low price points. Others, like Wish.com, have also capitalized on streamlining the flow of goods from China to the U.S. through its web and mobile apps.

But while the value proposition between these sorts of shopping experiences is similar to Hollar’s, there’s little overlap in terms of merchandise.

Hollar’s goal is to vet and tightly control its supply side to maintain merchandise quality. It actually works with the same set of vendors who today supply the U.S.’s dollar stores.

That means it has name-brand merchandise, like party supplies and toys from kids’ favorite characters, like Teenage Mutant Ninja Turtles, Shopkins, Minecraft, and Melissa & Doug; makeup from drugstore brands like Revlon, Maybelline, Almay, and more; plus food, grocery, and cleaning supplies from well-known consumer brands, among other things.

What it doesn’t have? Merchandise that falls apart, takes months to arrive, or is posted with misleading photos. 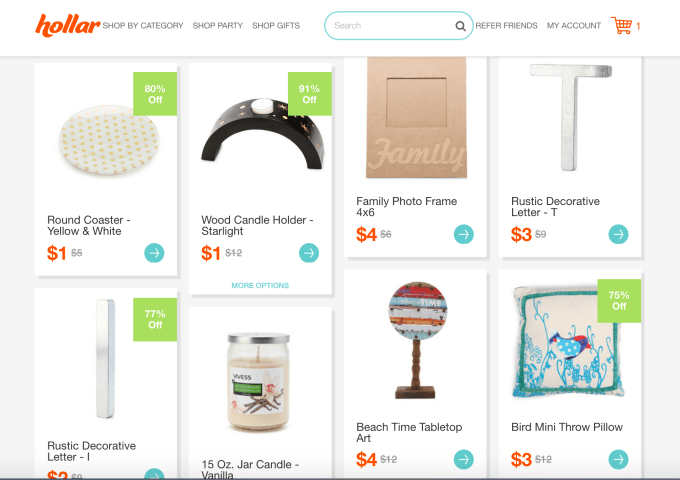 In total, Hollar today hosts over 20,000 SKUs across 18 major categories, including home, beauty products, pet items, toys, party supplies, accessories, groceries, and others – and nothing on its site costs more than $5.00.

Now, following the e-commerce trend of investing in private label – like Amazon is, for instance – Hollar, too, will begin to make its own products to boost its margins. It will work with Chinese manufacturers to produce select items in categories like kitchen, gadgets, stationery, and electronic accessories, then expand from there in the future.

Some of these items are online already – in researching Hollar, I have to admit I accidentally bought myself a $2 USB cable and cell phone kickstand it makes, among other things. 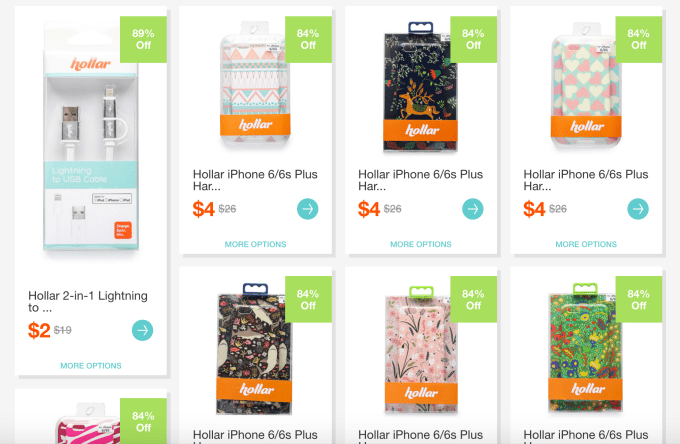 Next thing you know, I had filled my basket with $26 of miscellaneous merchandise, including makeup sponges, a purse, a pair of sunglasses, a set of lotions, and more. Hollar only offers free shipping on orders over $25, and requires you spend at least $10. I guess that wasn’t hard to accomplish, as it turns out.

I’m not alone in developing an immediate Hollar addiction, then sharing it with friends. Yeom says that 85% of its customer base is female, and its growth has been largely from word-of-mouth – moms telling other moms, for example.

But it’s one thing to get customers to bite on a good deal, and other to achieve profitability.

Yeom believes Hollar has a shot, and its focus on merchandise quality will aid it in reaching that goal.

“We want to create a long-term, high-scale business that this industry deserves, and is lacking,” says Yeom. And you can’t do that if you’re short-sighted over merchandise quality, he says. “It just isn’t worth it.”