Coinciding with the funding announcement is Lucid Sight’s release of a VR Ad SDK. Lucid Sight is hoping that game developers can use this platform to monetize their content for users with immersive in-app ads. The company is using this latest raise to build out their own library of content so they can both increase their presence on various headsets and show off their ad platform. The game studio currently has three titles (Poly Runner VR, Gumi No Yume and Space Bit Attack) available across the major headsets and they’re looking to expand the number of free, ad-supported titles they’ve put out to 20 by the year’s end. 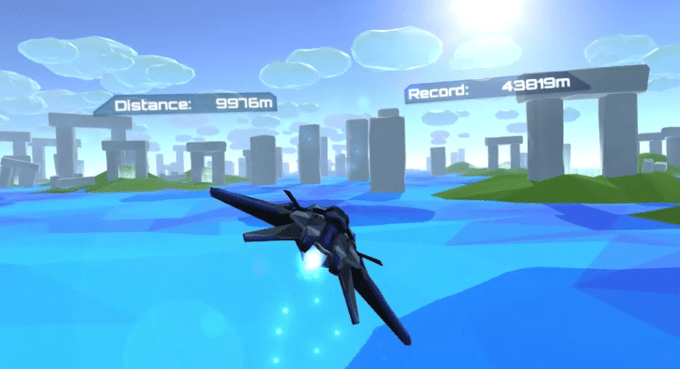 Advertising in virtual reality is in a pretty weird place right now where game developers don’t want to implement it haphazardly and piss off users, but Lucid Sight is hoping it can get in on the ground floor of this opportunity before VR ads start getting big.

This is familiar footing for the Lucid Sight founders, Randy Saaf and Octavio Herrera, who have pursued this path to success before on a different paradigm-shifting platform, mobile. The pair co-founded Jirbo in 2008, an iPhone gaming company that dominated the Apple App Store in its early days. The team would soon evolve Jirbo’s gaming efforts into building out its video ad network for in-app advertisements. The team later sold a majority stake of the company to Insight Venture Partners. Jirbo soon rebranded as AdColony and would go on to be sold to Opera for $350 million.

For advertisers, VR represents a really enticing platform to show off engaging sponsored content, but the fact is there just aren’t that many places to view that content at the moment.

Lucid Sight has seen early successes with the 360-degree content they’ve been pushing in-app through their own games. Even with an opt-out after 10 seconds, the company told me that over 20% of users chose to watch the entirety of a 4-minute sponsored ad based around the Lions Gate film The Divergent Series: Allegiant within their game PolyRunner VR.

Relevant metrics are occasionally hard to come by in the VR space. Oculus revealed last week that the Samsung Gear VR had surpassed 1 million users last month so we’re starting to get more useful benchmarks for device and content popularity. Lucid Sight still isn’t quite ready to give exact download numbers, but did specify that their games were impressively on a “high double-digit percentage” of current Gear VR devices.

Ads may not be something users are clamoring for in virtual reality, but it’s likely going to take significantly more free, ad-supported content in the various headset app stores for people to actually try out some of the awesome stuff VR game studios are creating.