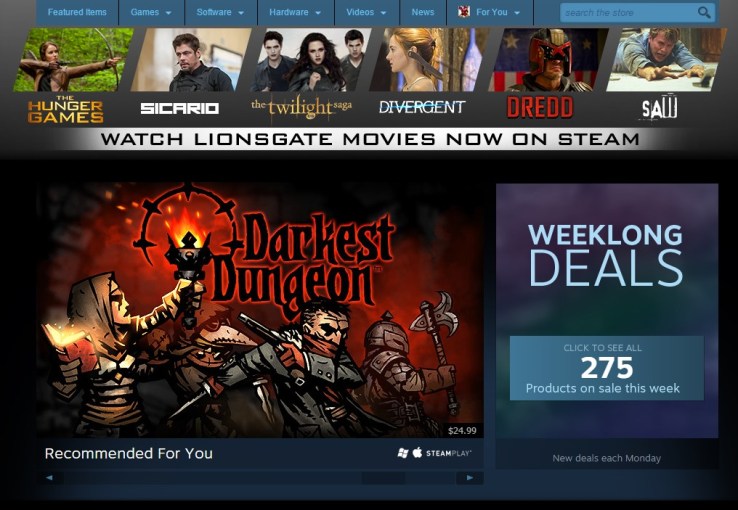 Lionsgate has just added more than 100 movies, including the Hunger Games films and Kill Bill (both volumes) to, of all things, Steam. That’s Valve’s digital content delivery platform, of course, used by millions of PC gamers. Why did Lionsgate add more than 100 movies to a gaming platform? Hard to say.

It’s part of “our commitment to remain at the cutting edge of innovation,” Lionsgate exec Jim Packer says in the press release. Strange that they waited so many years to do it! Steam was cutting edge in the early 2000s, maybe, but now it’s just a standard and reliable way to get your game fix. It may be a little late to start trying to compete with iTunes.

Video delivery has always been part of Steam, but it’s usually previews for games you’re checking out. A handful of big movies have been added over the years, but unless I’m greatly mistaken, there aren’t many people who think of Steam as a movie-watching platform. If you have it already set up on your TV in Big Picture mode, this could be an easy way to watch your favorite Lionsgate films.

So, $4 gets you one of the “commercially exciting, star-driven” movies, which is in line with other options (HD, at least) on Google, Amazon and iTunes. The player is no-nonsense, and the movie I rented looked and sounded good to me. 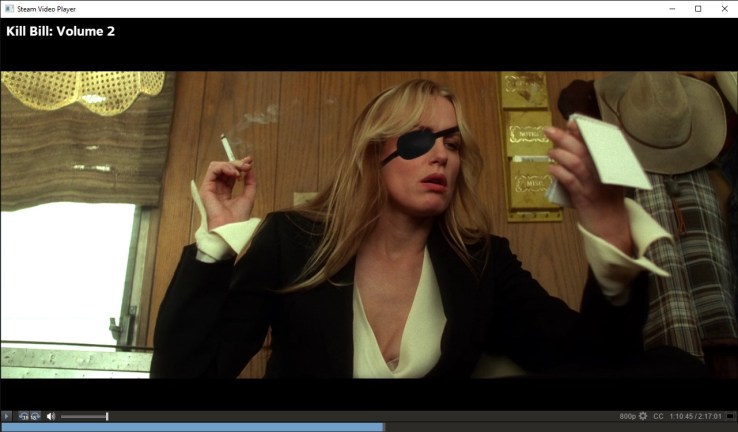 I didn’t actually watch an hour and 10 minutes of Kill Bill Vol. 2 before writing this post. I just love Daryl Hannah.