Quick: You can send 20 gigabytes of data to the moon. What’s it going to be? Time’s up!

Wikipedia? What a coincidence — that’s what the Part-Time Scientists, a team working on a homegrown lunar rover for Google’s Lunar XPRIZE, decided, too! And they’re really planning to bring Wikipedia to the Moon.

No, it’s not a joke, the FAQ is quick to assure the reader. PTS is an Audi-sponsored team that’s one of several competing for the $30 million in prizes — of which it’s already won $750,000. This isn’t a spare-time project going on in someone’s garage.

The ultimate challenge is to get a rover safely to the lunar surface, have it drive 500 meters and return some imagery. The rover designed by PTS looks like the real thing, and the team even has a launch window: late 2017, aboard a commercial rocket. That would only take them to orbit, though — getting to the moon would have to be done under their own power. 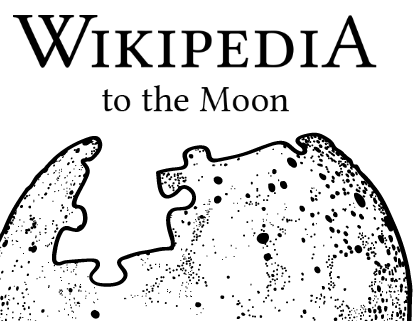 It happens, however, that the payload of their rover has 20 GB to spare. PTS contacted Wikimedia Deutschland (the team is based in Berlin) and the two decided it would be just enough space to fit a curated version of Wikipedia — the entire thing with images and videos would take up several times that. It would be a sort of updated version of Voyager’s “Golden Record,” with Pokemon.

The curation process, while not as difficult as sending a rover safely to the moon, is still nontrivial, and it’s that part with which the project is requesting help.

There needs to be a selection of content, which reveals the true challenge behind the project: What do we choose? Who gets to decide? How do we do this?

If you get the chance to bring the sum of all human knowledge to the Moon, should you not strive to represent the same diversity that has made Wikipedia the world’s most famous collaborative project to date?

No doubt this will be the basis for a flame war the likes of which has never been seen. The discussion section is already heating up as people suggest, for example, using English only to prevent duplication, or including 30 items from each language, or not caring one way or another because aliens will be able to translate one into the other anyway.

And are we really expecting aliens to find this disc? Unlike Voyager 1, which is now in interstellar space and would as such potentially be an object of interest to a passing extraterrestrial, it seems a bit of a stretch to think that an intelligence would come all the way here just to stop at the moon.

The FAQ explains it better than I ever could:

The Lunar challenge is mainly about pioneer spirit, curiosity, and visions for humanity. So, with the symbolic act of leaving a snapshot of human history on the surface of the Moon, we are thinking more about future generations than aliens… Our very special Wikipedia time capsule will be there, as a historical document. And it will be special, indeed, because historical messages to the future have never before been worked on by so many people, representing so many cultures and perspectives on knowledge.

The plan is to have all this worked out by December 5, International Volunteer’s day — but if you want to take part, you’ll want to weigh in over the next few weeks. The team hopes to announce the final strategy and details at Wikimania Esino Lario in June. 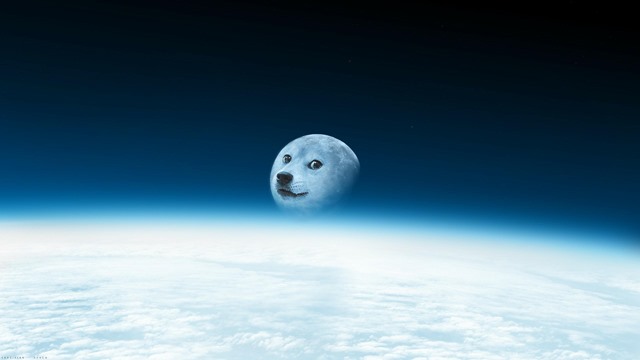