Facebook launched its Messenger chatbot platform today, but how will it make money on it? By charging businesses to send re-engagement messages to people who’ve already voluntarily started a conversation with them. These “Sponsored Messages” are currently in testing, with a small test of advertisers, and are being heavily monitored by Facebook to prevent them getting spammy.

The news confirms TechCrunch’s scoop from February about ads coming to Messenger, after we attained a presentation sent by a Facebook representative to one of its top advertisers outlining the forthcoming marketing product.

Facebook confirmed it will also be able to earn revenue with “Click To Message” News Feed ads that TechCrunch previously pegged as a way to monetize chatbots.

An early test of Sponsored Messages spotted by Michael Lin

Both Sponsored Messages and Click To Message ads could pull users into a conversation with a bot that can then try to sell them things. Imagine if instead of clicking an ad and then having to guide yourself around an unfamiliar e-commerce website, you could just tell the bot your preferences and it could show you relevant products you might want to buy. 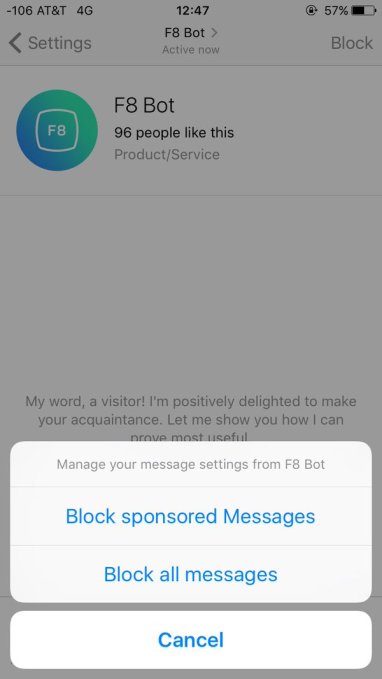 While chatbots are built to respond to users or take other actions they ask for, one concern is that Messenger ads could dilute the experience. Until now, when someone’s Messenger app buzzed, they could be confident it was someone they cared about contacting them. That changes with Sponsored Messages.

But Facebook’s VP of product for Messenger David Marcus assured me Facebook would be vigilant about how Messenger ads are used to avoid pissing off users: “These will definitely be limited…we’re very paranoid about that and we don’t want bad things to happen to anyone.”

When asked about the exact timing or frequency with which businesses could send Sponsored Messages, Marcus told me “the rules aren’t fully defined yet.”

However, he stressed that Facebook could much more tightly police their usage compared to marketing messages sent on other mediums. “We have the ability to control the number and quality of messages that are sent to you, which is not the case with email. And you have those prominent user controls,” he said, noting that there’s a block button at the top of every conversation with a business that can silence all messages, or just sponsored ones. 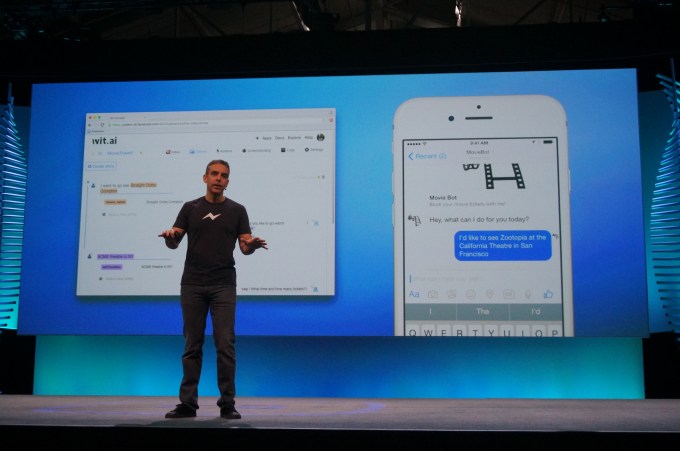 Not every chatbot or Sponsored Message will necessarily trigger alerts, either, Marcus told me. Facebook could instead simply surface the thread with a business to the top of your list of conversations but not send you a push notification. “We’re very cautions” he tells me. The goal is to create a “high quality, high signal,  low noise experience for everyone.”

If Facebook can convince these Sponsored Messages to endear users to businesses rather than annoy them, it may have finally found a way to monetize Messenger’s 900 million users.