“You never slow down, you never grow old.” Tom Petty isn’t playing the F8 after-party, but his song encapsulates the point of Facebook’s conference — a social network won’t go extinct if it’s reactive, personalized, and urgent.

Everything launched today is designed to eschew the generic. To wrap around the user and bend to their whims to create a unique experience. After a decade as the top social network, Facebook’s biggest risk isn’t some upstart competitor. There are plenty nipping at the heels of its various products, but none challenging Facebook’s core value: it is your identity, your life on the Internet.

The danger is getting stale. A sneaking suspicion that there’s nothing new and it all feels static. That’s not to say it’s always a pioneer. Facebook frequently sprints down paths others laboriously cleared. But when it brings in all the friends, businesses, and developers, good ideas turn into ubiquitous utilities. 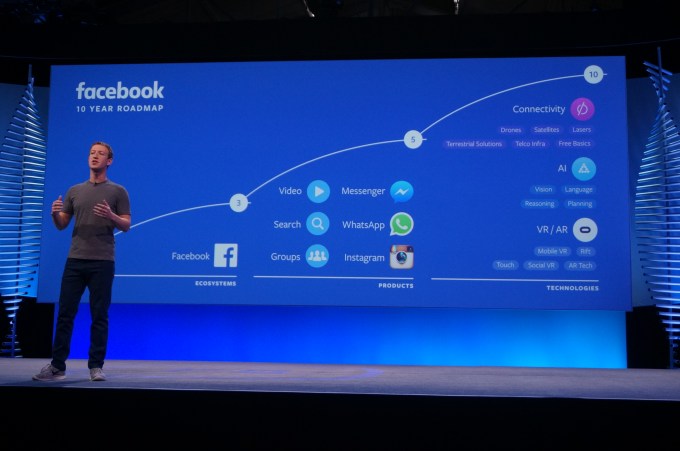 Facebook Live makes this obvious. The mobile streaming format Meerkat introduced and Periscope sharpened, Facebook is actually popularizing. It doesn’t require a separate app or social graph, and is instead built into an app a billion people use each day. That reach draws the best content from celebrities, journalists, and average Joes. And in turn, broadcasters and viewers enjoy a vibrant experience flooded with comments.

Each Live video is one-of-a-kind. Not just because it’s shot in real-time, but because you never know what the audience or fellow commenter might say that could influence the broadcast itself.

With the new Live API launched today, serious content producers can marry its immediacy and intimacy with the polish, angles, and effects that make live television so compelling. And instead of locking consumers to their phones, they’ll be able to pick whatever camera fits their lifestyle, from the table top Livestream Mevo to DJI’s drones. Live won’t stay stuck as sunsets and selfies. The format will progress with our imaginations. 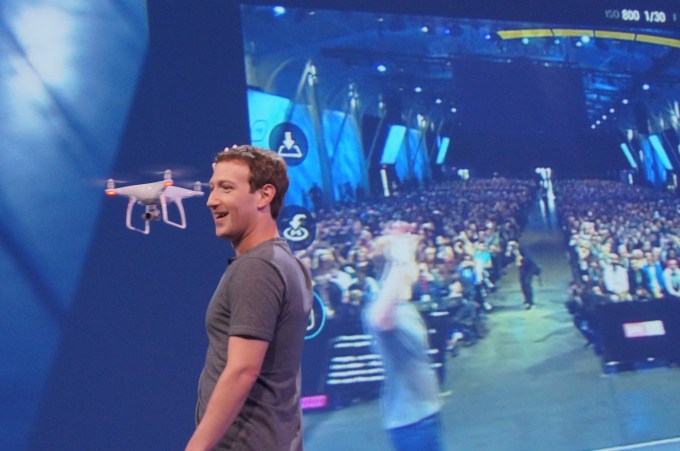 Choose-your-own adventure novels stay interesting longer than a typical paperback. And that concept is why its new Surround 360 virtual reality camera could keep Facebook relevant. By open sourcing both the 17-lens UFO-looking hardware and the seamless image stitching software, it will allow more creatives to dive into the next frontier of art however they please. Facebook purposefully pushed the limits on quality so producers can opt for the most pristine vision or smaller file sizes.

The 360 and VR content the camera produces will give Facebook News Feed users and Oculus Rift wearers autonomy within video. They’ll able to choose where to look so each viewer and viewing’s experience is different. What makes you feel teleported isn’t just the sense of being far away from where you were, but calling the shots once you’re there. 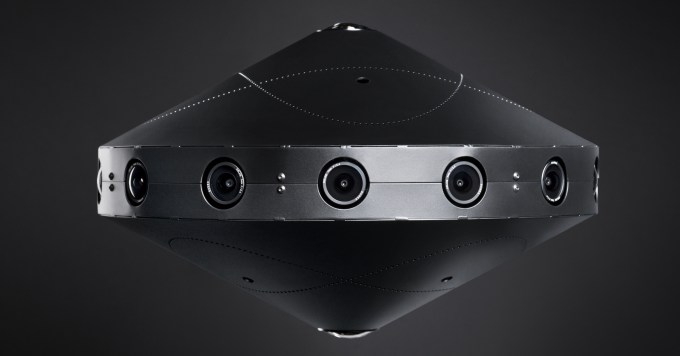 The web was built for everyone, but also means it’s not quite built right for anyone. Each site and app is the same when you first log in. You must wander, unguided, to discover the parts that are meaningful to you. They’re distinctly robotic, even alienating, which is why many apps are hardly used after they downloaded, and people bounce from websites if not instantly entertained. 1-800 numbers with their mechanized phone trees are just as bad.

Despite the name, chatbots are designed to feel human. They’re instantly responsive, adapting to your queries and commands. They personalize themselves without forcing you through screens full of setting options. They learn from you, and from everyone else using them to become more helpful.

At their best, they can feel like the music genius record store clerks of yesteryear. You told them what you like or how you’re feeling, and they tapped their vast knowledge to recommend you the perfect album. 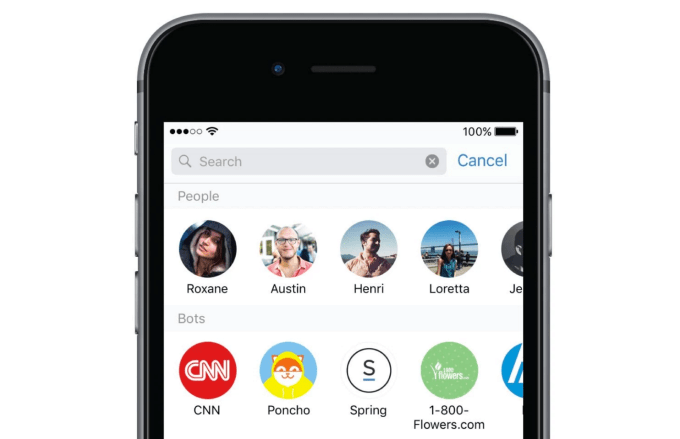 That’s what Facebook is aiming for with Messenger’s new chatbot platform. “We think you should message a business just the way you would message a friend,” Mark Zuckerberg explained on stage. Instead of sifting through a cold yet crowded app store, you simply type the name of the business you want to chat with, and they appear right beside the people you love.

When the AI powered by Facebook’s new Bot Engine performs right, you might not even be able to tell the bots from the humans…except that the software can conjure answers and pull information faster than any person. They’ll make mistakes, frustrate us, and seem awkward at times, but that’s natural.

Facebook has been accused of dividing people by jacking them into a social network instead of a social life. But compared to the politics of fear currently festering, even digital connection can be refreshing. “Instead of building walls, we can help people build bridges” Zuckerberg stressed in his wide-eyed yet inspiring keynote. A product of Facebook himself at this point, he pushed to fortify our sense of humanity.

The success of F8 is how it proved Facebook’s community size and engineering strength lets it build products that evolve to meet our needs. Even if they are just ones, zeroes, and inanimate atoms, their willingness to unlock our free will remind us we (too) are alive.