Google today added a new section to its Transparency Report that focuses on the use of encryption on Google’s own sites and across the web.

The company says over 75 percent of requests to its own servers are now using encrypted connections (though traffic to YouTube is not included in this report).

Across Google’s products, Gmail and Google Drive are leading the move to using HTTPS connections and both services now use it as their default.

Other products like Maps and Google’s advertising products have now also passed the 75 percent barrier, though Google News and Google Finance are still lagging behind.

The company says over 95 percent of the unencrypted traffic to its servers now comes from mobile devices. “Unfortunately, these devices may no longer be updated and may never support encryption,” the company notes, though it sadly doesn’t break out which devices and mobile operating systems are the worst offenders here.

While Google is mostly looking at its own sites in this report, the company also looked at HTTPS usage across the Top 100 non-Google sites on the Internet, which Google says account for about 25 percent all global website traffic. There, the list of sites that don’t support any kind of encryption is surprisingly long (though the good news, I guess, is that the world’s top adult video chat sites all support encryption…). 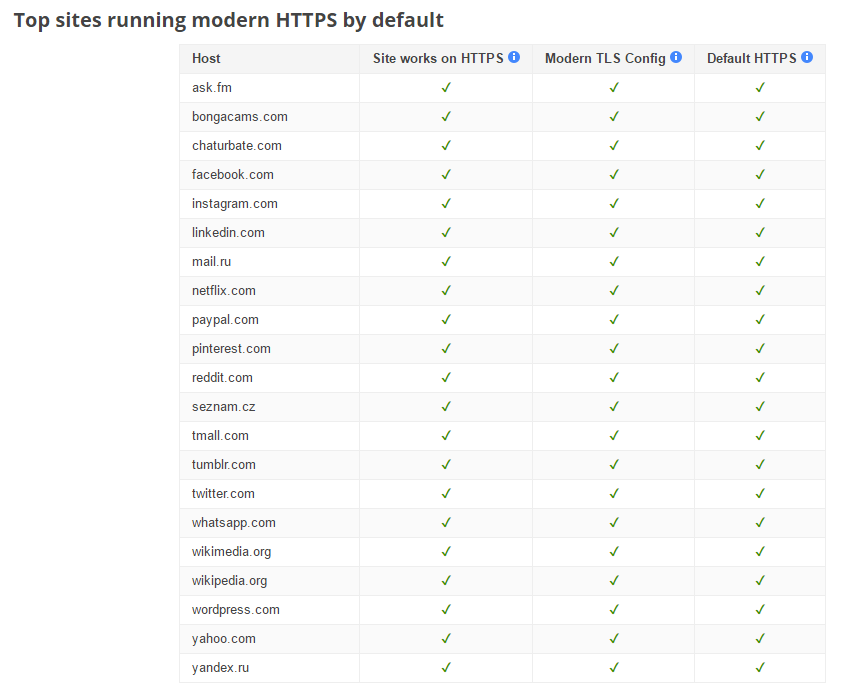