Google unexpectedly announced the Android N Developer Preview today. And to make things even easier for developers — and adventurous users — the preview is available as an over-the-air update.

The expectation was that Google wouldn’t start talking about Android N until its I/O developer conference in May. Instead, it decided on a very different approach.

Hiroshi Lockheimer, Google’s SVP for Android, Chrome OS and Chromecast, writes on Medium today (yep, Medium and not Blogspot) that the team decided it wanted to release the preview earlier in order to get more feedback from developers earlier in the process and get the final N release into the hands of device manufacturers this summer. Google’s current plan calls for five preview releases and a final release in Q3 2016.

“As we look to the next release of Android, N, you’ll notice a few big changes aimed at you as developers: it’s earlier than ever, it’s easier to try and we’re expanding the ways for you to give us feedback. We hope these changes will ensure that you are heard and reflected — that’s what makes Android stronger,” Lockheimer writes. He also notes that this early release will help developers add support for the new features in Android N. 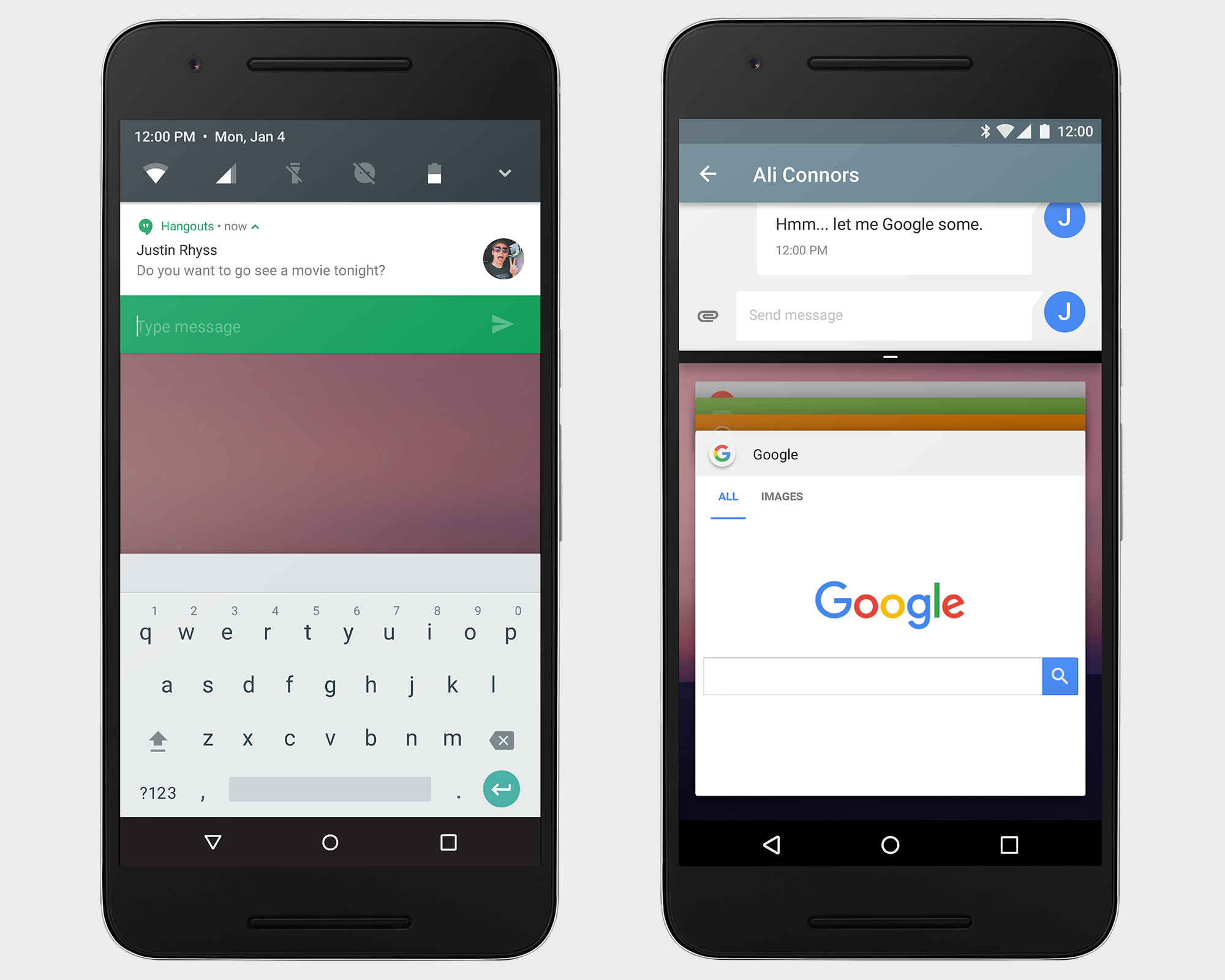 Google stresses that this release is very much a work in progress. Google will probably add a few more features over time, but for now, it is talking about just a few of the highlights of this new release (and chances are we’ll find a few more after we install the preview).

For the first time, Android will also offer a split-screen view. Apps that support this will be able to run side-by-side with other apps on both tablets and phones (and developers can set the minimum allowable dimensions for their apps). Multi-windows support is something users have long asked for — especially on tablets. Google’s own Pixel-C, for example, would make a far better productivity device with this feature.

Besides a basic side-by-side mode, Android N will also offer a picture-in-picture mode so video apps can play in the corner on Android TV devices, for example. 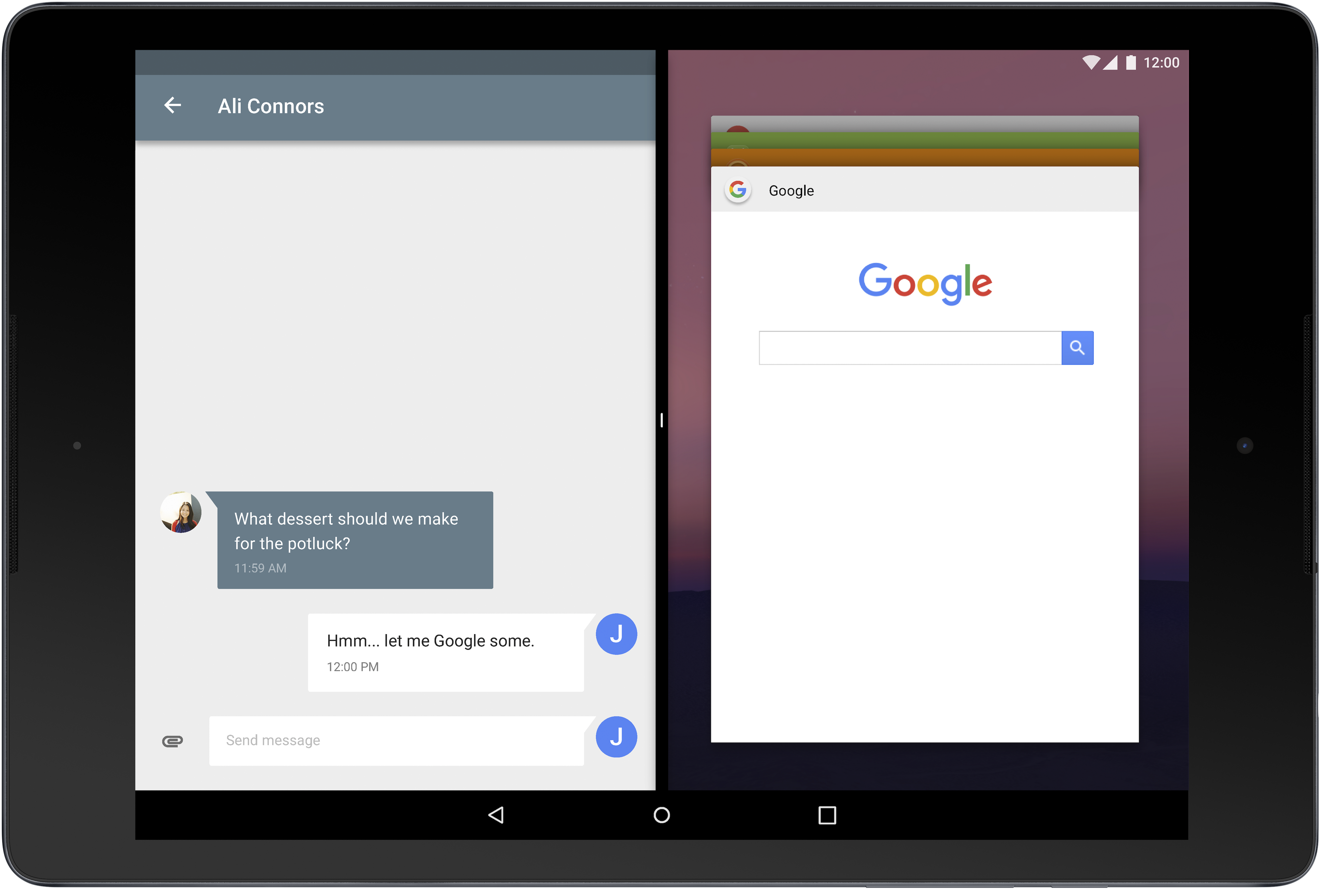 With Android Marshmallow, which is currently only running on 2.3 percent of Android devices, Google introduced its Doze feature, which puts a device into a deep power-savings mode when it’s stationary for a while.

In Android N, Google is pushing this concept a bit further by allowing Doze to also save more battery power when the screen is turned off. In addition, Google says it continues to work on making Android less memory-hungry and making apps that run in the background work more efficiently.

One other new aspect of Android N that developers can look forward to is improved Java 8 language support. Thanks to this, developers can now use the Android Jack compiler to use features like lambdas, which reduce the amount of boilerplate code they have to write.

This is available for all versions of Android from Gingerbread up, but Android N developers will also be able to use default and static methods, streams and functional interfaces. 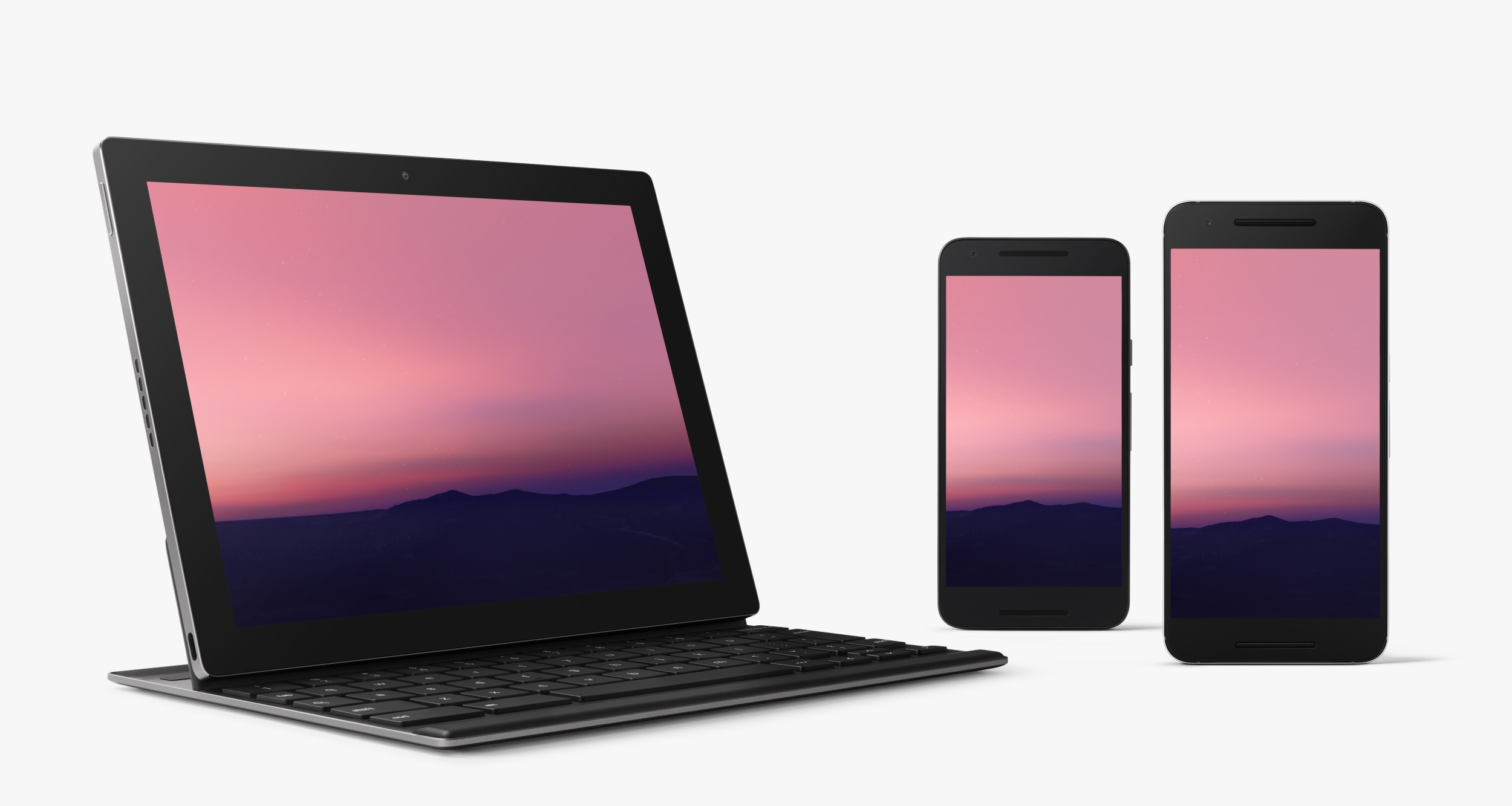 So how can you get your hands on Android N today? If you don’t mind things not working or randomly breaking, Google will let you sign up for an over-the-air (OTA) update (though as a Google spokesperson told us, that link won’t go live until later this afternoon). That is, of course, if you own a Nexus device.

The update is available for Google’s Nexus 6, Nexus 5X, Nexus 6P, Nexus Player, Nexus 9 and Pixel C devices. The one missing device here is the older Nexus 5. Once you’ve updated your device, Google will also continue to push new updates to it as they are released.

In addition to the OTA updates, Google will also continue to make system images for all of the supported devices and the Android emulator available.

Given that Marshmallow isn’t even on 3 percent of devices yet, it’s a bit of a surprise that Google seems to be in a bit of a rush to get Android N out. Chances are, though, that there are still a few more user-facing changes in this preview of Android N, as well, and that the next couple of releases will bring new features, too. For now, however, Google is putting the emphasis on just a few new features for developers.

The one thing the company definitely isn’t revealing yet, though, is what dessert/candy that the ‘N’ will stand for once it releases the final version. I’m going with ‘Nutella,’ given that Lockheimer’s post says he’s “nut tellin’ you yet.”