Gross? Well, that gross idea just pulled in a $4 million Series A round from AccellFoods, existing investor Collaborative Fund and a bunch of angels including Nas and Tim Ferriss. The team behind the creepy crawlies as food company previously raised $1.6 million, adding up to $5.6 million in total financing thus far.

It’s the sort of weird approach that is often celebrated in startup land. Exo has somehow convinced a bunch of people with money that eating bugs is good for them. But insect consumption is considered pretty gross in most Western countries. So how is Exo doing this?

“Humans have been eating insects for thousands of years,” co-founder Greg Sewitz told me over the phone. But he admits the idea is pretty radical, “When we told people we were starting a food company using bugs they would laugh at the idea,” he said.

When we told people we were starting a food company using bugs they would laugh at the idea. Greg Sewitz

I wasn’t laughing so much as gagging when he asked me to eat one of the bars filled with bugs, but he countered with an example of food we now love that people thought was gross hundreds of years ago.

“Lobsters were regarded as a disgusting vermin of the sea,” Sewitz said. Well, sort of. They were so plentiful they were seen as the “poor man’s protein.” Early settlers and Native Americans ate lobster back in the 1700’s.

Lobsters share something else in common with crickets – they’re both arthropods. This family of animal comes with an exoskeleton and includes insects, arachnids, and crustaceans like our lobster friends. We like lobster so much these days we’ve added these insects of the sea to the top dollar items on the menu in fancy restaurants. 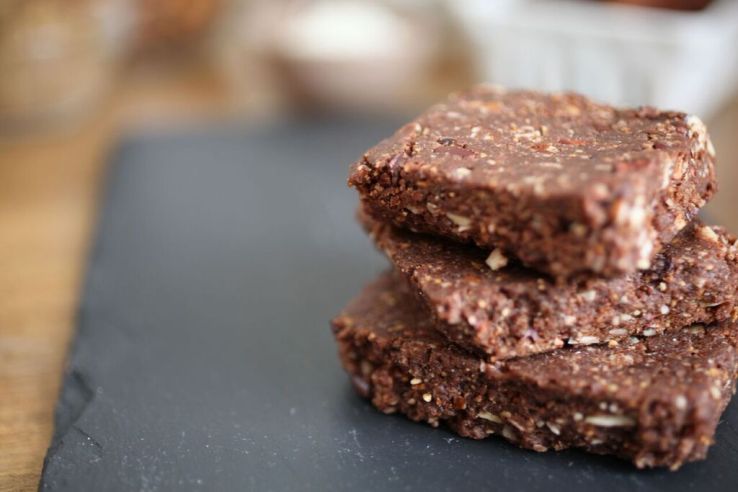 But back to the bugs, it’s true humans had been eating them for thousands of years – and many areas of the world are still into making a meal of our many-legged friends. According to the UN’s Food and Agriculture Organization (FAO), beetles are the most commonly eaten insect.

Crickets are somewhere down the chain and comprise about 13 percent of all consumed insects. But Sewitz is adamant they are a healthy protein alternative (13 grams per serving), calling them the “gateway bug” and comparing the taste to a roasted nut.

There’s so much education we have to do still around the benefits of eating crickets. Greg Sewitz

And they might just be the next trendy food fad, too. Paleo-friendly websites have started to rave about the benefits of cricket protein. Other food companies have also popped up to tout the benefits, including gluten-free cookie and flour maker Bitty Foods and Six Foods, a food manufacturer specializing in cricket powder.

Another concept out of Haxcelr8tr in downtown San Francisco launched a desktop meal worm farm in the last batch. Livin Farms, the startup behind the idea, sold the device on Kickstarter for $450 to help you create at-home crispy critter snacks.

Exo’s protein bars have been on the market for a couple of years now. The startup launched out of the co-founder’s kitchen and onto it’s own successful Kickstarter campaign, pulling in $20,000 in the first three days. The product is now in Wholefoods, Equinox gyms, and Wegman’s grocery stores.

Sewitz and his co-founder Gabi Lewis are still “testing the waters” to see how consumers react to bug protein in their food, but the new cash will help them grow the business and create new products using the cricket powder. 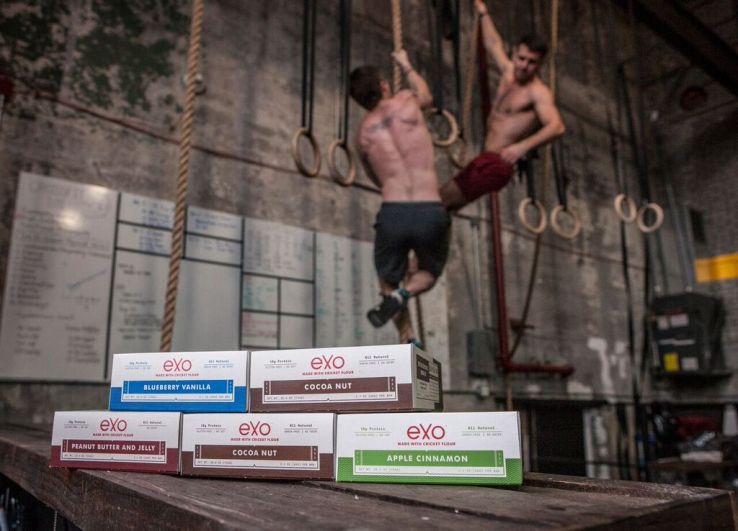 But the crickets might be problematic if they can’t get the cost down. Another obstacle, besides the psychological one of getting your head around eating thousands of crickets, is the cost of grinding those crickets up.

Crickets can multiply much faster than beef, but it’s still one of the more expensive proteins to get and, according to Sewitz, one of the largest issues facing the cricket protein industry.

According to Sewitz, each pound of cricket powder consists of about 3,000 to 4,000 crickets, with a cost around $30 per pound retail. Exo outsources the crickets to third party operators who grind them up and make the powder for the protein bars. However, Sewitz thinks he may be able to reduce that cost at scale.

Running out of product has been another problem chomping into profits. Sewitz says it’s been hard to keep product stocked. The new funding will likely help out here as Exo continues to grow.

In the meantime, Sewitz and his team are focused on educating others about the benefits of crickets in their diet. “We want to go to eating bugs beyond the fear factor,” he told me. “There’s so much education we have to do still around the benefits of eating crickets.”