Microsoft’s Office suite already has a popular note-taking app with OneNote, but today the company is turning its attention to how note-taking should work on tablets that support stylus and touch-based input. The company has now released Plumbago, a digital notebook application for Windows 8.1 and 10 tablets that allows users to handwrite text, highlight, plus sketch and draw using either pen or pencil strokes across a device’s screen.

The app, like many of Microsoft’s new releases, is the latest to emerge from the company’s internal incubator, Microsoft Garage. And also like many Garage projects, it takes inspiration from well-known apps already on the market. For example, in Plumbago’s case, the app appears to be an attempt to compete with Paper by FiftyThree, a top note-taking and sketching application for iOS devices.

Plumbago – whose name is Latin for graphite, in case you’re wondering – doesn’t simply capture and record your pen or pencil strokes, however. According to Microsoft’s announcement, the app also utilizes a technology called “handwriting beautification,” which involves efficient stroke-matching across thousands written by users. These strokes are averaged to produce more consistent and easier-to-read handwriting, Microsoft explains, resulting in a more consistent look for your handwritten notes. 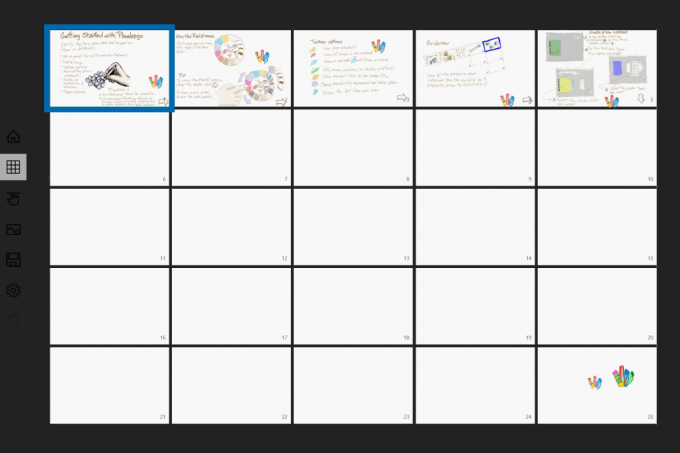 “How do you naturally go from one page to another? With a notebook, you flip the page over. With Plumbago, you swipe the surface of the page as though you’re flipping the real thing to navigate throughout the notebook,” explains Gavin Jancke, Microsoft Research’s GM of Engineering, who served as the user interface software engineer for the app.

“It gives a sense of fluidity moving throughout a notebook eliminating the need of having to create pages manually and scrolling like a traditional word processor, also allowing you to go directly to a page as you would by flipping a bunch of pages in a spiral notebook,” he added.

The pages can also be other hues besides white. For example, the app offers yellow ruled paper with the pink margin line, grid paper, music sheets, and more.

For inputs, you can choose between pen, pencil or highlighter, which all respond as they would in the physical world. That is, if you push harder on the tablet’s surface, the drawing tool acts accordingly, laying deeper into the virtual paper.

Plumbago users can also add, trace, highlight and annotate images, as well as share their notebook pages as images or with other apps, including Microsoft Word and OneNote. Unfortunately, though, Plumbago’s notes don’t sync between devices – a challenge Paper also faced after debuting its iPhone version. 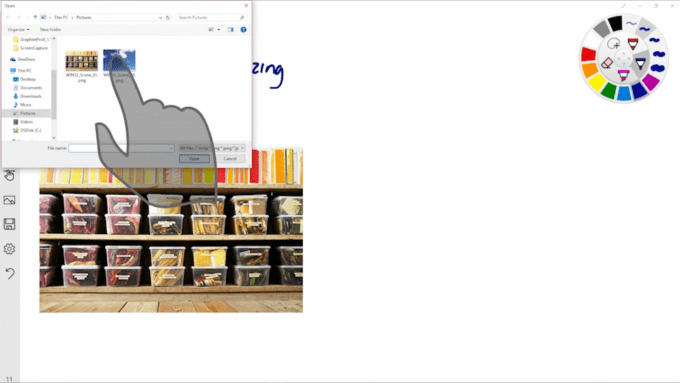 Unlike some Microsoft Garage projects, which seem to be more casual endeavours, Plumbago has been in development for around two years. Its creation was a joint effort between Jancke; Larry Zitnick, who developed the handwriting beautification and ink rendering technology; and others on Microsoft Research’s Advanced Development Team. However, not all of their time at Microsoft was spent building Plumbago – instead, they worked on it in addition to their regular day jobs.

Jancke notes they chose to work within the Garage framework because it allowed them to try something new and experimental, while also managing expectations related to the app’s success.

Plumbago is a free download on the Windows Store.