To make the most of its grey, rainy, cold and often freezing winter, the good folks in the Finnish city of Oulu have found a way to combine the wintry landscape, frozen Baltic Sea and eager startups into an annual pitching event.

The people of Finland have an intimate relationship with ice holes and it’s customary to take a dip during a Sauna session in the winter. This time there was no sauna in sight, with 20 startups pitching in freezing cold water. 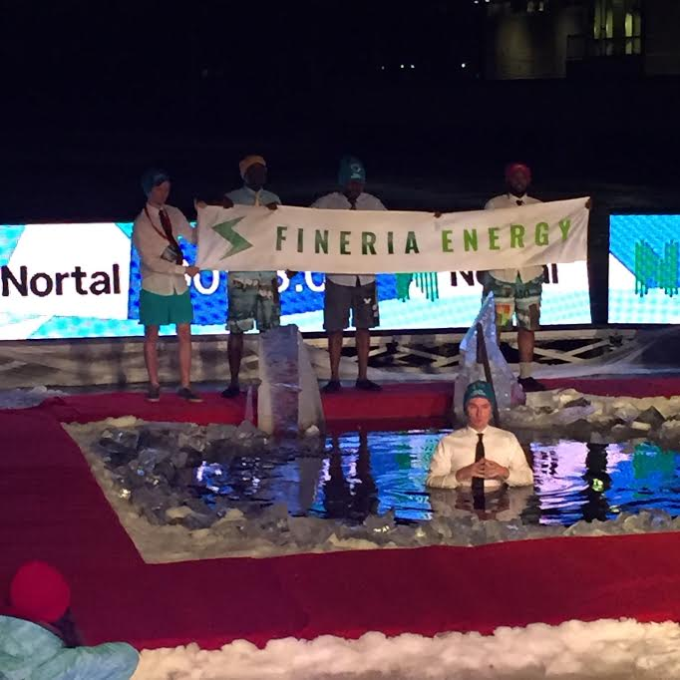 Strong in tech, but lacking in either sunlight or warmth, the third annual Polar Bear Pitching competition, which took place on February 10–11, has found a perfect home in the city of Oulu, which lies 600 km north of Helsinki (and is reminiscent of the fictional depiction of the real city of Fargo, N.D.).

But what’s the real value of startups pitching from an ice hole, standing in freezing water, fighting for the 10,000 euro grand prize, the chance of becoming a Catapult portfolio company, and a two-week stay in Silicon Valley?

“All events have value. It’s cool, dark and there’s slush on the ground – so not exactly Silicon Valley. There’s no point in mimicking what other countries are doing. With events like Polar Bear Pitching, Finland can distinguish itself,” said Peter Vesterbacka from Rovio – the maker of Angry Birds and the founder of Slush and MobileMonday. “Obviously you have to make great products, but distinguishing oneself is hugely important.”

Finland is quite literally making the most of its dark side – snow, lack of sun in the winter and cold to distinguish itself globally and Oulu, referring to itself as the Capital of Northern Scandinavia, has a long history as a national hi-tech center, especially in IT.

The exotic event draws prestigious guests. Ambassador Bruce Oreck, formerly stationed in Finland and once a successful body builder before embarking on a diplomatic career, has created a tradition of American diplomats speaking from the ice hole. Gladly following in the footsteps of his predecessor, Ambassador Charles C. Adams Jr. was also forced to take the plunge. Polar Bear Pitching might not be for the faint of heart, but it’s good practice for startup founders looking to make it big.

“Perfecting your pitch comes down to repetition. The event is great because it’s different and obviously the best ice hole event in the world,” said Vesterbacka.

Winning with his energetic pitch, Didrik Dege Dimmen from Norway-based FlowMotion Technologies – a stabilizer for GoPro – was a happy man.

“It’s a huge deal, big win for us financially and motivationally. The press we get is amazing. Now the next step is to raise funds on Kickstarter and we are launching an ambassador program soon to make noise about the product.”