What’s more important? Restricted free Internet access for the poor? Or maintaining an open, neutral Internet without limitations? This is the debate Facebook is having with the world via petitions to regulators, skeptical forums, and today, full-page newspaper ads.

The subject of contention is Free Basics, Facebook and Internet.org‘s app that offers free data access but only to a limited section of the Internet. Free Basics is available in roughly 35 countries through Facebook’s partnerships with mobile carriers who see it as a way to persuade people to buy data plans.

But Facebook’s control over the technical guidelines for what qualifies for free access and its ability to highlight its own services have sparked on-going backlash from net neutrality advocates. 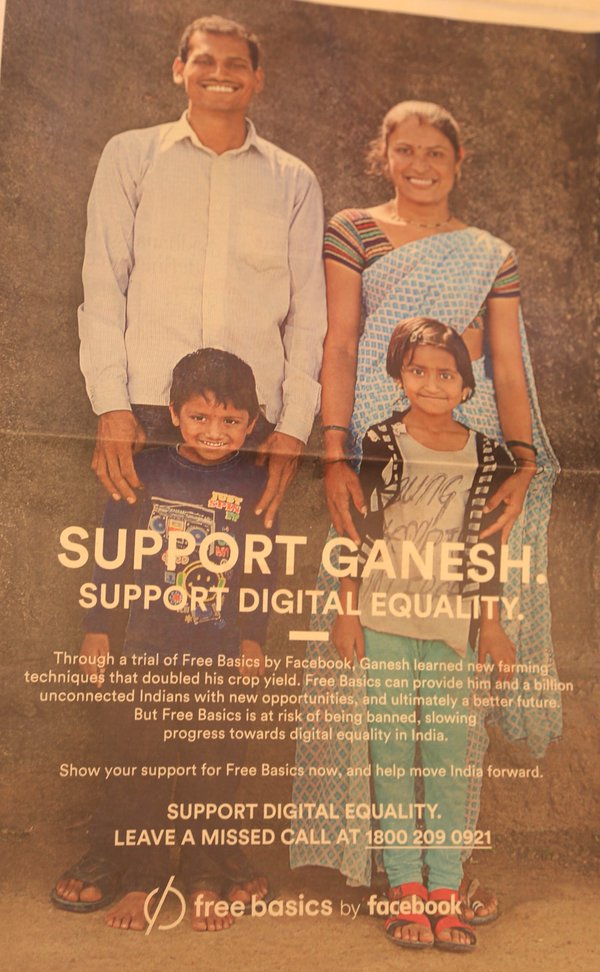 This week regulators in India, the largest nation in the program, required Facebook’s local carrier partner Reliance to temporarily shut down Free Basics. That was despite Facebook thrusting a petition in front of its users requesting they click to send the Telecom Regulatory Authority of India an email to “Save Free Basics In India“. The TRAI will make a final decision on whether to allow Free Basics next month. 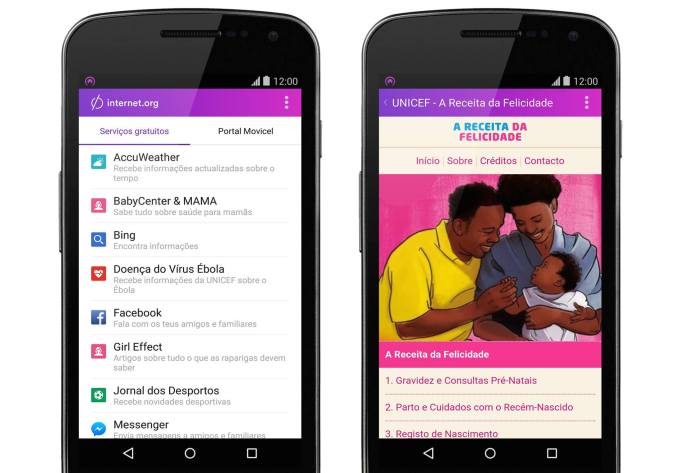 To drum up more support, yesterday the VP of Internet.org Chris Daniels did a Reddit Ask Me Anything where he denied that Facebook was becoming a gatekeeper to the Internet. And today Facebook ran a double full-page ad in The Sunday Times Of India asking readers to pledge support for its corporate-run version of free Internet, spotted by Jeff Reifman. The conclusion of this battle could impact the digital fates of over 1.2 billion Indian citizens, and set a precedent for how other nations regulate Free Basics.

[Update: The Times Of India has since published a blog post by Mark Zuckerberg entitled “Free Basics protects Net Neutrality”. He argues that “We have collections of free basic books. They’re called libraries. They don’t contain every book, but they still provide a world of good. We have free basic healthcare. Public hospitals don’t offer every treatment, but they still save lives.” He incredulously questions, “Who could possibly be against this?”

Zuckerberg goes on to call arguments against Free Basics “false claims”, and refers to research showing that “We know that for every 10 people connected to the internet, roughly one is lifted out of poverty.” For example, Zuckerberg cites a farmer named Ganesh who used Free Basics to find weather information and commodity prices to improve his business, and then asks “How does Ganesh being able to better tend his crops hurt the internet?” 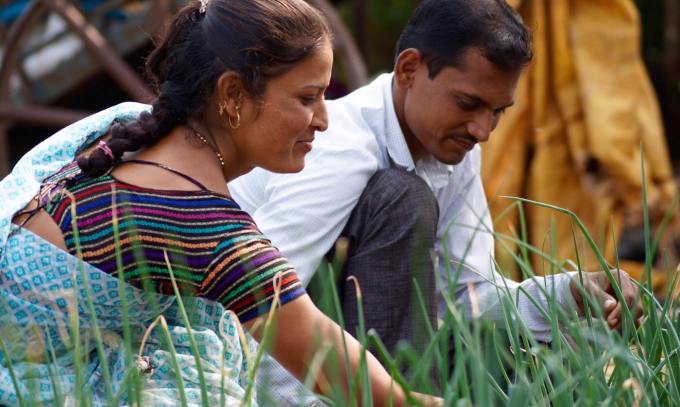 For fairness, The Times Of India simultaneously published an opposing blog post by Nikhil Pahwa from savetheinternet.in. He says research on low-income groups shows “the trade-off they are willing to make is how much they use the internet, not necessarily how much of the internet they get to use.”

Pahwa suggests Facebook explore access models with data limits or temporary trials, despite the fact that those could bar users from critical services once their trial or data runs out. He advocates against the approval system for Free Basics that could slow down dissemination of timely information and be used to block competitors.

The perspectives break down to Zuckerberg wanting to help the poor of India now, while his adversaries seek to avoid potential misuse of power in the future.

The Stepping Stone And The Gatekeeper

Facebook originally launched Internet.org with several major telecoms in order to connect the billions of people still off the web. It sought to bring people online both by making access affordable with partnerships and data efficiency, and getting signal to remote areas with futuristic technologies like drones, lasers, and satellites. 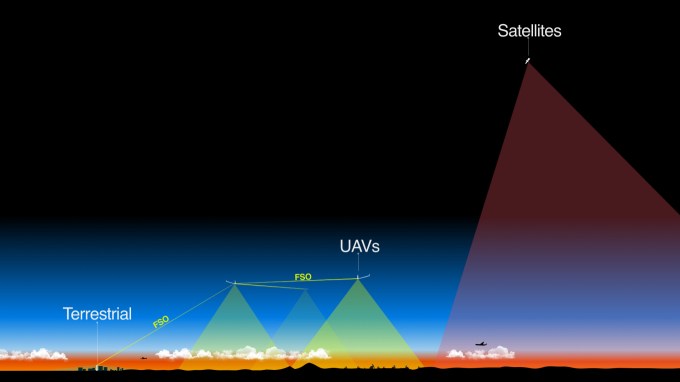 While billed as philanthropy, many also saw the potential long-term benefits for Facebook of it being people’s first experience with the Internet or even becoming mixed up with their whole conception of the Internet. If Facebook paves the road to access, its service could become users’ premier destination. 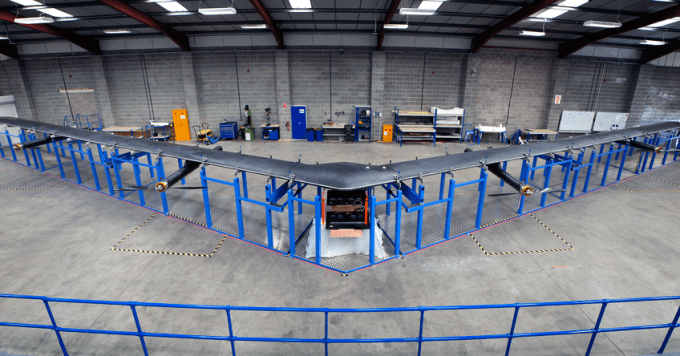 Facebook’s drone Aquila can beam connectivity down to remote areas

At the start Facebook offered itself, its Messenger service, Wikipedia, educational resources, health info, news, job listings and in some cases, Google Search results pages (but not click-throughs to the webpages). But Facebook received heavy criticism for controlling what qualified for free access, excluding most of the Internet, not offering competitors such as Twitter, and masquerading as the Internet itself.

The worry was the poor might get stuck with a diluted version of the Internet, and preferential promotion for Facebook and its partners apps could deter innovation from competitors. 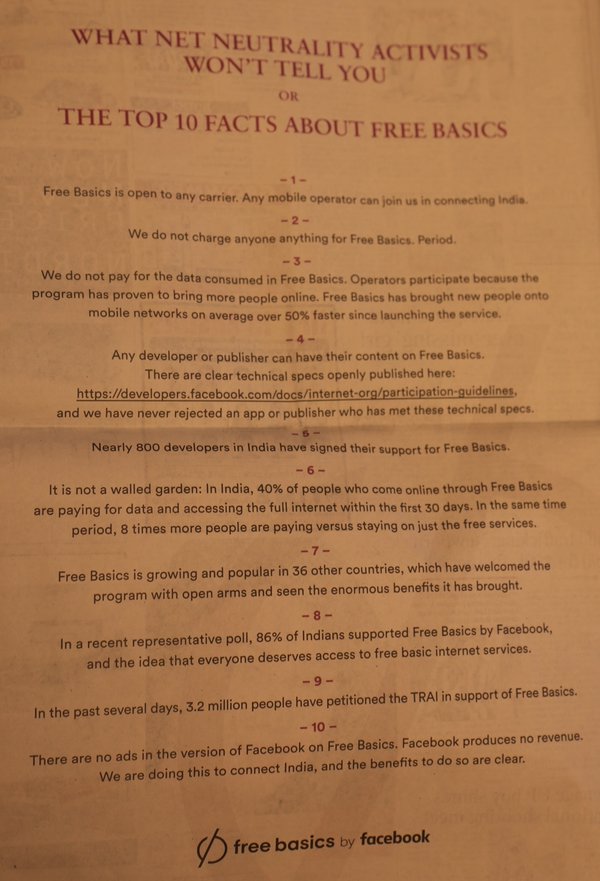 Facebook responded by changing the app’s name to “Free Basics” and opening it as a platform where any site could apply, and all those that met its low-bandwidth technical guidelines would gain approval. But critics see Facebook’s control of those guidelines as deeply problematic. And since developers on Free Basics can’t use interactive user experience tools like JavaScript or flash, it’s tough to build messaging or social network apps that could compete with Facebook’s own services that aren’t bound by that limitation.

One side thinks it’s helping the disadvantaged, the other thinks that assistance is too dangerous to accept. 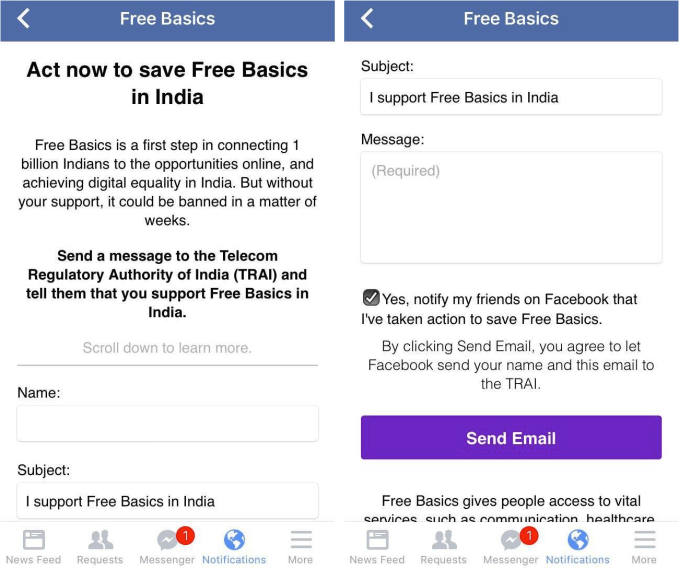 Is Some Internet Better Than No Internet?

During the AMA, Daniels tried to counter critics. His argument is that Free Basics is open, and now allows free access to any site without JavaScript, VoIP, video, HD images, or flash. Daniels wrote that Facebook is willing to let third-parties audit the Free Basics site approval process to ensure it’s not arbitrarily rejecting sites that technically qualify because their content doesn’t fit Facebook’s taste, or they’re competitive with the social network. 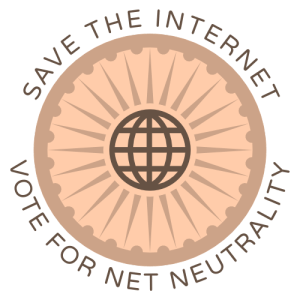 But commenters were still frustrated with Daniels’ reluctance to directly address net neutrality questions. Many rallied for Facebook to move Free Basics to limiting access with data usage caps rather than restricting what can be visited, or to let users earn unrestricted access by viewing ads. Daniel says it’s keeping its options open for how to make Free Basics sustainable, rather than a free trial, and keep core low-bandwidth services like messaging available.

Previously, Facebook has argued that around half the people using Free Basics choose to pay for the full Internet within a month, and just a small single-digit percentage end up staying on Free Basics.

Daniels built on this in the most illustrative answer of his AMA. In response to the questions of why Facebook should be permitted to be the Internet’s gatekeeper, and whether Free Basics creates true equality when it only offers a limited set of sites and is controlled by a company trying to onboard users to its for-profit social network, Daniels wrote:

“We really did open the platform and are not rejecting apps for any reason besides compliance with tech specs and local laws. In addition, it’s not really a gatekeeper if people are quickly moving onto the full internet which benefits everyone in the internet ecosystem.

To tell a bit of a story…when we launched the program, we didn’t know if Free Basics was going to be a “thin layer” where people come onto Free Basics and quickly move onto the whole internet, or a “thick layer” where people hang out on the free services for a long time before moving on. What the data has shown is that it’s a really, really thin layer. People move on very quickly to the entire internet and Free Basics has shown to be a really good introduction for people who may not understand why the internet is valuable or may not be willing to pay to try it. b) I think I answered most of this in my response above. People do move onto the entire internet quickly which is good for everyone.”

In essence, Facebook is claiming that since people quickly move on from Free Basics, it’s less of a threat as a restricted replacement to the neutral Internet, and is more of a stepping stone to it. But since the future of information access is on the line, many are worried about Facebook’s motives for going to such lengths to connect the world.

The situation in some ways mirrors the divisive issue of Facebook CEO Mark Zuckerberg’s pledge to put his $45 billion fortune towards helping humanity. Immense power, even seemingly benevolent power, is met with great skepticism by an Internet community. With so much at stake, many are willing to reject aid to be safe rather than sorry.