Free Space Optic lasers? Low earth orbit satellites? Solar-powered drones? Mark Zuckerberg has just penned a deep dive on how Facebook’s newly revealed methods for delivering Internet to the developing world actually work. Here’s are the highlights from his 3000 word progress report on Internet.org, including digs at Google’s Project Loon, and how it all fits into Facebook’s long-term plan.

First, the “Why”. Zuckerberg explains that when people get the Internet, they can connect with friends and family plus communities around the world, but it also empowers them economically. the Internet can help people find jobs, become entrepreneurs, get healthcare, educate themselves, receive financial services, and gain a say in their society. He calls this entering the “knowledge economy”, and cites a Deloitte study saying it could “create another 140 million new jobs, lift 160 million people out of poverty, and reduce child mortality by hundreds of thousands of lives.”

Until now, Internet.org (a partnership between Facebook and six telecom giants) has been using partnerships to expand Internet access. In Zuckerberg’s last progress report six months ago, he focused on how data compression, cheaper smartphones, and more efficient terrestrial transmission of connectivity could give more people the web. These efforts could make the Internet more affordable to the 80% to 90% of the world’s population that lives close enough to a city to be covered by existing 2G and 3G networks, but for whom the big obstacle is cost.

Facebook has already been demoing some of these partnerships. “In the Philippines, we worked with mobile operator Globe to offer free data access to our apps, make it easier for people to register for a data plan and get a loan for their plan. In just a few months we helped double the number of people using mobile data on Globe’s network and grew their subscribers by 25%.” It ran a similar program in Paraguay, and the two partnerships helped around 3 million people gain access to the Internet. 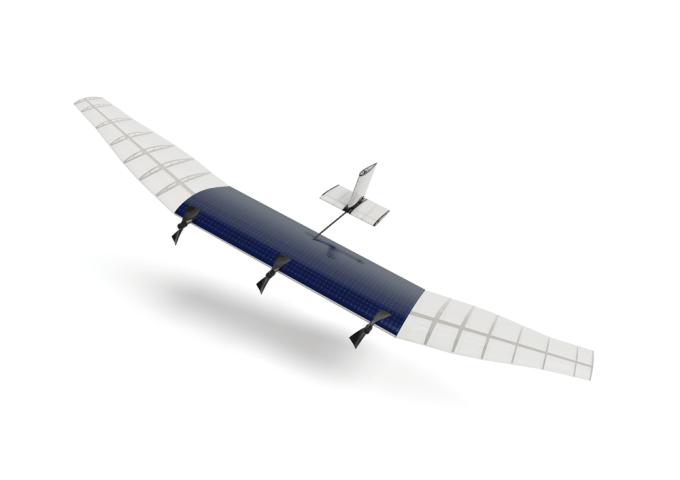 In this report, though, Zuckerberg explains Internet.org will also focus on inventing entirely new ways of delivering connectivity, specifically through unmanned air- and space-borne vehicles. These will serve the 10% to 20% of the population currently outside of existing connectivity infrastructure.

The big question Zuck answers here is what type of vehicle is best for beaming Internet to who. First, he breaks down the physics that shape the answers. Essentially the higher you beam Internet from, the wider area you can cover but with a weaker signal.

For densely populated areas, you need high-strength, low-altitude terrestrial connectivity beamed from towers like we’re used to in the developed world. Those don’t work as well in the developing world, though, as they’re expensive to physically build and install, and are vulnerable to threats on the ground including war, looting, theft, and natural disasters.

For lower-density suburban areas, drones work well because they’re high enough to blanket a city-sized area with signal, but low enough to give a decent signal.

Facebook recently acqhired talent from UK-based drone company Ascenta who had worked on the Qinetiq Zephyr, the longest-flying solar-powered drone. Facebook’s Connectivity Lab plans to drones that operate at 65,000 feet because that’s the lowest unregulated airspace which simplifies deployment, weather conditions and wind speeds at the altitude are low so drones are easy to control, and that’s above the clouds so they can reliably soak up solar energy to stay afloat for months at a time.

Here, Zuck takes a swipe at Google’s helium-balloon Project Loon for bringing Internet to the developing world. He explains one big advantage of drones is that Facebook would “be able to precisely control the location of these aircraft, unlike balloons” because they can fly where they want opposed to having to rely on wind locomotion. He also notes that “With the efficiency and endurance of high altitude drones, it’s even possible that aircraft could remain aloft for months or years. This means drones have more endurance than balloons.” Then again, balloons don’t conjure the creepy visions or military themes that drones do, and Facebook already makes a lot of people paranoid.

For extremely remote, sparse populations, Zuckerberg explains that satellites are best as they can cover an extremely wide area, though with only a signal strong enough to use very basic Internet services. Facebook’s Connectivity Lab is working on two types of satellites. Low Earth Orbit satellites are smaller, cheaper to launch, and are lower to the earth so they can provide a stronger signal and less latency for real-time services like voice calling. But since they don’t orbit at the same speed as the earth, base stations on the ground have to be constantly reconfigured to receive the signal, and a whole network of satellites that encompass the globe is necessary to maintain consistent coverage.

On the other hand, geosynchronous satellites orbit at 35,786 kilometers above sea level and stay at a fixed point over the earth so base stations can stay pointed in one direction. But since they’re so much higher, the signal is weaker.

Overall, satellites are extremely expensive to not only build, but to fire into space. That means Facebook might be inclined to focus on geosynchronous satellites instead of low earth orbit ones because it wouldn’t have to deploy an entire fleet. But to make satellites that high work, Facebook needs to make the signal they beam stronger…

To make the signal shot by its drones and satellites stronger, Facebook’s Connectivity Lab is working on Free Space Optics, a form of infrared laser that transmits information via light.

FSO can deliver Internet much faster than traditional microwave-based systems, and it uses much less power. That makes it better for solar-powered satellites and drones that have limited power. But FSO has big weaknesses too. They need a line of sight from the transmitter to a receiver mounted on the ground, which means it can be easily disrupted by clouds or bad weather. The lasers must be pinpoint accurate — enough so that they could hit a dime from 10 miles away.

While it may be a while until FSO is fully developed, and getting approval to beam microwave-based Internet from satellites could take five to seven years, the drone-based approach is almost ready to go. Zuck says of the unmanned aerial vehicles, “We expect to have an initial version of this system working in the near future.” 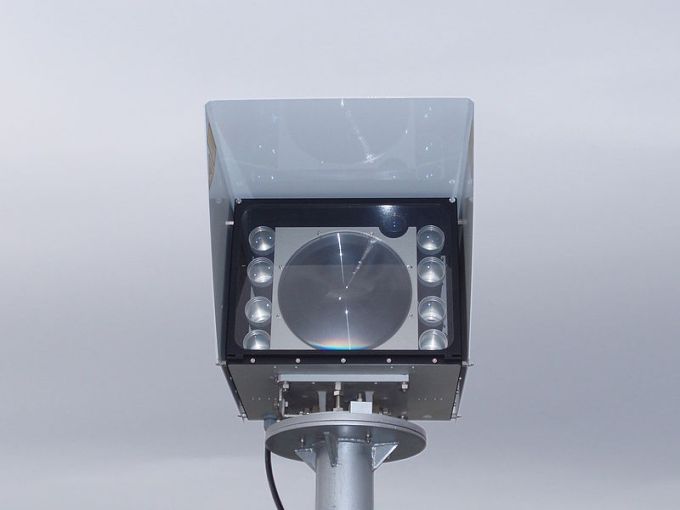 That means Facebook’s long-term plan that I laid out yesterday could start coming to fruition sooner than some might expect.

Right now, Zuckerberg says Facebook’s mission plays out in the short-term by connecting more users to Facebook with a focus on messaging, opening the news and friendly content to people through the News Feed, and helping businesses “share” with people…by charging them for ads. It’s then using the profits from this phase to invest in the next, which includes Internet.org to connect the five billion people without Internet, open more data and make it useful through artificial intelligence, and letting people share vividly through Oculus’ virtual reality.

Overall, Internet.org is walking the line between philanthropy and customer acquisition. Zuck seems honestly interested in helping the world thrive by democratizing connectivity, but there’s no denying that the project could invent some lucrative intellectual property and prime the developing world to become Facebook users in the process. You can decide whether these objectives justify or pollute each other. But regardless of what it means for Facebook’s business prospects, Internet.org could give people opportunities to empower themselves.

Oh, and there’s one casually mentioned point in Zuckerberg’s report that could be a bit frightening if you’re a mobile operator: “The lasers used in FSO systems provide extremely high bandwidths and capacity, on par with terrestrial fiber optic networks”. If Facebook can perfect FSO, it could have a technology capable of disrupting the carriers or that it could license to them. That way it could subsidize Internet for the developing world by selling it to developed one.