Uber’s latest growth strategy is to colonize the mobile app landscape with its new Ride Request Button. Launching today, iOS and Android app developers can more easily plug in an SDK with a few lines of code to add a Ride Request Button to their apps that deep-links into Uber’s app. In exchange for the literal traffic, Uber will pay US developers $5 for each first-time rider they refer. Previously, developers had to hassle with building custom deep-linked integrations.

One catch is that Uber’s policy bans developers from also integrating hooks into any other competing car service, like Lyft. 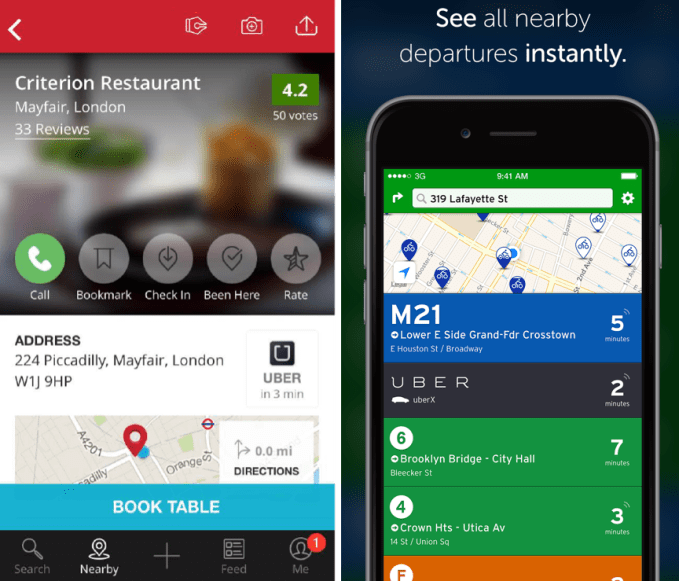 Beyond just sending users to Uber, developers can pass along additional information to speed up the request, including pickup location, destination, or what kind of Uber someone wants to take. In the first example above, a restaurant app could pass along a restaurant’s address as the destination. Meanwhile, a public transit app designed for people on a budget might tell Uber that its user wants an UberPool, not a pricey Uber Black Car.

[Update: What developers can’t do is put the Uber button next to links or buttons for other car services, according to Uber’s API terms, which say:

“You may not use the Uber API, Uber API Materials, or Uber Data in any manner that is competitive to Uber or the Uber Services, including, without limitation, in connection with any application, website or other product or service that also includes, features, endorses, or otherwise supports in any way a third party that provides services competitive to Uber’s products and services, in our sole discretion.”

The company confirmed to me that this policy stands for the Ride Request Button. It claims that this is because it wants to offer a consistent Uber experience in other apps, but it’s a thinly veiled attack on competitors. Some services like Slack offer ways to instantly book a Lyft, and brands like Starbucks have built loyalty programs with the pink mustache cars. Uber’s policy incentivizes it racing to sign up partners for its API as a way to block Lyft from getting integrated too if it launches an official API.] 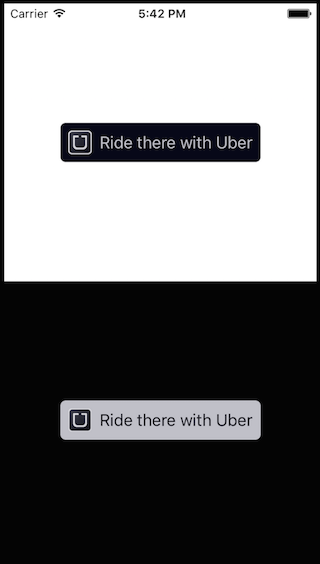 Uber first launched its API last August with a handful of partners like OpenTable and TripAdvisor after testing out a deep-link button in Google Maps. More apps like Hilton soon joined in, despite the exclusivity policy. But to use the API, developers had to have experience with deep links, design their own visual treatments, and do trial-and-error testing.

Now Uber is making integrating with the API much easier with this pre-made Ride Request button. It’s a smart strategy that follows in the footsteps of tech giants like Facebook and Twitter, which used Like and Follow buttons to get their names out, drive sign-ups, and create content in their apps from all over the web.

With so many car services out there, Uber is fighting to sign up and indoctrinate users to its app before they can join competitors. Meanwhile, it wants to make ordering a car as simple as possible no matter what you’re doing on your phone. By grabbing real estate in other apps and putting its Ride Request Button close at hand all the time, it could get both new and old users riding.

And the anti-competitive policy makes it clear that Uber will show no mercy in the battle for on-demand transportation.