French startup CodinGame just raised $1.6 million from Isai for its innovative code learning platform. As the name suggests, CodinGame is all about games — not game development, not gamification, just plain games. The logic behind each exercise is tied to an actual game so that you get visual feedback and an actual reward when you solve an exercise.

“This is not just a gimmick as we have metrics to back our vision. If you mix games with learning, you get a very motivating experience,” co-founder and CEO Frédéric Desmoulins told me. “Playing and learning at the same time is a virtuous circle.”

For each exercise, you can pick a programming language among more than 20, such as Python, Ruby, Java, Scala and more. The company targets people who already know the basics when it comes to programming and also has tough challenges for expert developers.

In particular, a multiplayer mode is getting quite popular among developers. In this mode, you learn the basics of artificial intelligence and clash with others to see if your code is more efficient.

“We support 23 different programming languages and all our games work in the language of your choice” co-founder and CTO Nicolas Antoniazzi told me. “We target people who already know a bit of programming. But our last exercises are very hard and target hardcore coders. And once you beat the last level, you can fight with other players on the platform, and there is no limit in this mode.”

When you sign up to CodinGame, everything happens in the browser. The browser-based IDE lets you code and compile in the same window, and you can see the game in real time in your screen’s corner. So far, 230,000 people have signed up.

Previously, the company had raised $500,000 (€450,000) from business angels with Seed4Soft and Venise Invest. In some ways, the company competes with CodeFights and, of course, more traditional code learning websites, such as Treehouse and Code School.

But CodinGame is going all in on the gaming aspect as a differentiating factor with its competitors. According to co-founder and CMO Aude Barral, mixing games with coding works because these two tasks are somewhat similar. “When people code, they like the fact that they have a challenge to solve,” she said. In other words, coding itself is already a game, so making a visual representation of your code that looks like a game made sense. 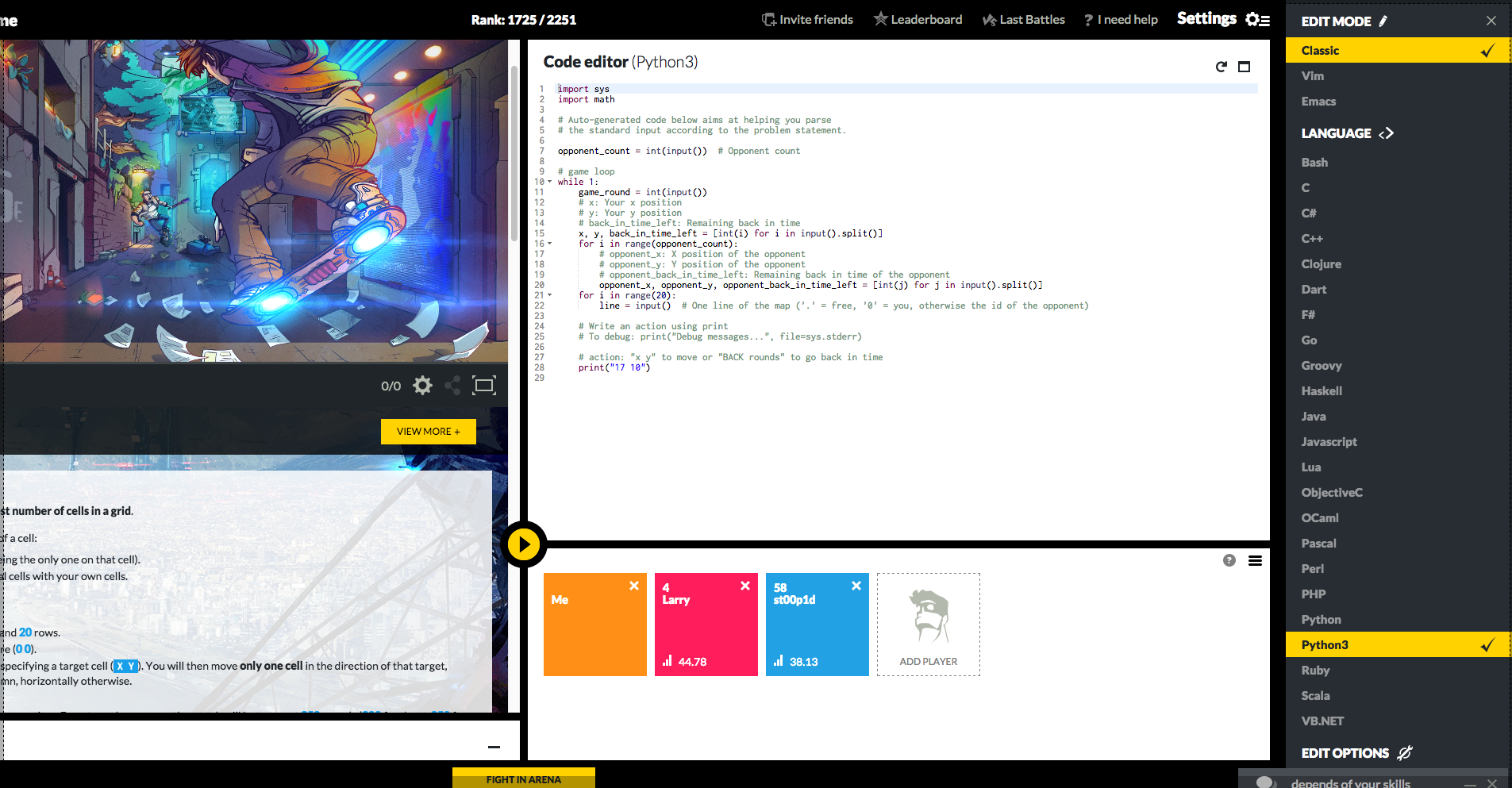