YouTube made its top video creators an offer they literally couldn’t refuse, or they’d have their content disappear. Today YouTube confirmed that any “partner” creator who earns a cut of ad revenue but doesn’t agree to sign its revenue share deal for its new YouTube Red $9.99 ad-free subscription will have their videos hidden from public view on both the ad-supported and ad-free tiers. That includes videos by popular comedians, musicians, game commentators, and DIY instructors, though not the average person that uploads clips.

It’s a tough pill to swallow that makes YouTube look like a bully. Though turning existing fans into paid subscribers instead of free viewers could earn creators more than the ad revenue, forcing them into the deal seems heavy-handed.

[Update 10/23/15: The takedowns have already begun. Today ESPN had to remove most of its videos from all versions of YouTube in the US. Because its other contracts prevent it from being on subscription services like Red, ESPN’s videos are now disappearing from the ad-supported tier of YouTube in the US.]

Google says the goal is to offer consistency, so people thinking about subscribing to Red don’t have to worry about their favorite content not being available in the ad-free service. But there’s no explanation why it couldn’t just flag videos of those who don’t sign the deal as “Not On Red”, and instead had to go with a sign-or-disappear strategy. 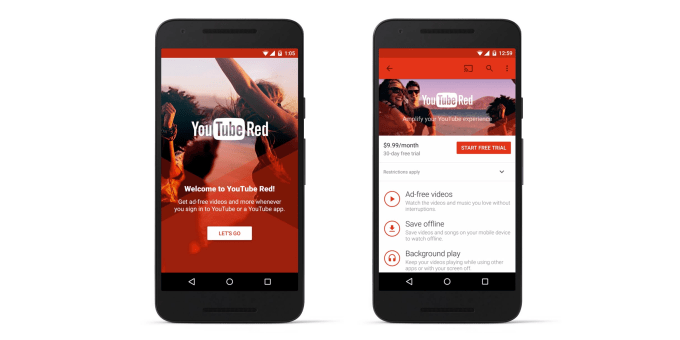 According to Chief Business Officer Robert Kyncl at today’s YouTube Red launch event, 99% of content consumed on YouTube will be still available, noting that the vast majority of creators signed the deal. But they didn’t have much choice, otherwise they’d lose out on both the previous ad revenue, the new subscription revenue, and the connection with fans.

Kyncl says YouTube will pay out “the vast, vast majority of revenue” to creators, but he repeatedly refused to detail what that percentage would be. Subscriptions music service Spotify pays 70% and Apple Music pays 71.5%. Earlier this year, a change to YouTube Partner Program Terms said creators would be paid just 55% of revenue. That would be comparatively low.

The money will be split up according to watch time, so creators with longer videos could benefit more than quick clip producers. And to be clear, the removal situation and deal only apply to YouTube partners — very popular creators who already had a deal to earn 55% of ad revenue from their videos. Normal people uploading home videos to YouTube don’t have to worry about any of this.

It’s  unclear how Google Play Music rights holders will be impacted. If the same percentage or lower of subscription revenue is now split between music makers and YouTubers, each stands to get paid less. However, I’ve received unconfirmed word from YouTube that isn’t exactly how it works, so stand by regarding what this means for Play Music rights holders. 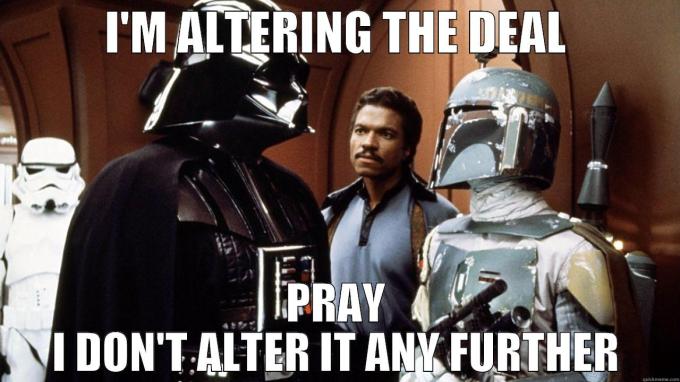 Both creators and users have been asking for a YouTube subscription service and that’s why we built YouTube Red. Today, the overwhelming majority of our partners, representing nearly 99% of the content watched on YouTube, have signed up. Videos of partners who don’t update their terms will be made private, but we remain committed to working closely with these partners with the goal to bring them on board.

While Red might offer creators more revenue per user and be good for most of them, they were still coerced into the deal.]

In theory, if YouTube presented an offer that made creators more money without a significant loss of control, they’d happily volunteer. But the coercion involved  It sets an alarming precedent about how YouTube and Google might work with creators in the future. Being the defacto video platform of the Internet affords it enormous strength behind its threat of removing their content if they don’t play ball. So what’s to stop it from altering the deal any further?

Google has been criticized before for using its massive reach inappropriately, especially around how Google+ and Google Places have received priority in search results. Now it’s clear that YouTube is prioritizing what it calls a “consistent” user experience where content is always available in its free and paid service over the wishes of the content owners themselves.