Fixed, a mobile app that fights parking tickets and other traffic citations on users’ behalf, has had its parking ticket operations blocked in three of its top cities, San Francisco, Oakland and L.A. after the cities increased the measures they were taking to block Fixed from accessing their parking ticket websites.

The company confirms it has suspended parking ticket operations in all three cities as of three weeks ago – a move impacting around 100,000 users. Going forward, Fixed will focus on its Traffic Ticket business instead, we’re told.

The startup has had issues with the San Francisco Municipal Transportation Agency (SFMTA) for some time.

The agency was never all that receptive to the service, and the way it automated the ticket contesting process for locals. Using its app, Fixed customers could snap a photo of their parking ticket using their phone’s camera, and then Fixed would check against a variety of common errors before writing a customized letter to the city on the user’s behalf. The app also cleverly tapped into Google Street View to check to see if the city had the proper signage in place in the area a ticket was received. 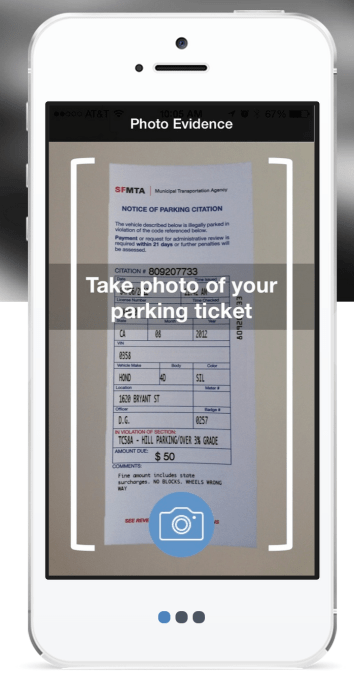 Founder David Hegarty once noted that over half of tickets have an issue that would make them invalid, but the city didn’t tend to play by its own rules when arbitrating disputes. That made Fixed’s “win” rate only 20%-30% on tickets, as of earlier this year. (When the company won, it charged a success fee of 25% of the original fine – a reduction in what a customer would have otherwise paid.)

However, even when customers didn’t beat their ticket, the app could help automate the payment without having to use a city’s often outdated website. A more recent addition, “Ticket Guardian,” handled tickets for you automatically and alerted customers to new ones by monitoring government websites.

Of course, the cities haven’t been welcoming to an app that was aimed at helping locals not pay their tickets by automating the process of jumping through legal loopholes. When Fixed began faxing its submissions to SFMTA last year, the agency emailed the startup to stop using their fax machine. When Fixed pointed out that it was legal to do so, the agency simply shut off their fax.

According to Hegarty, the three cities in question currently outsource the backend of their Ticketing Operations to Xerox, who started trying to block Fixed from their ticket websites around February or March of this year. Reportedly, the blocking was an explicit instruction from the SFMTA. Initially, the blocking was trivial, Hegarty says – just CAPTCHA plus IP blocking. It was easy enough to work around. 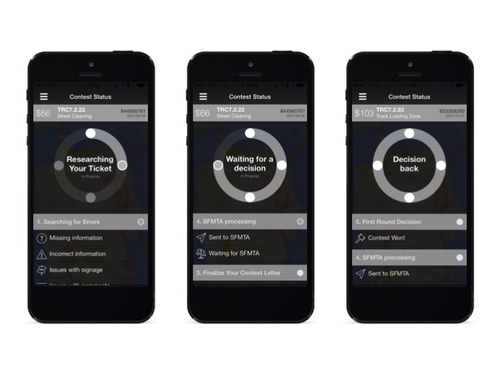 But in August, Xerox began using a third-party organization to block Fixed from accessing the parking ticket site. While Fixed engineers could still work around the block, it now required an increased amount of engineering time and resources, and this also impacted Fixed’s customer service operations.

For that reason, Fixed decided to end support for parking ticket assistance in these locations.

“In September, we decided to pause our Parking Ticket service. All existing tickets in the system will continue to be processed, but we are not accepting new ones until we resolve this issue,” says Hegarty.

“Parking Ticket Fines account for 15% of the SFMTA operating budget, and it looks like they objected to us providing some accountability to their process,” Hegarty adds.

Though the company is still investigating its options, it has no plans to resume its Parking Ticket service at this time. Instead, Fixed’s new plan is to focus on its growing Traffic Ticket business, which it’s currently expanding outside of California.

Any parking tickets still in Fixed’s system today will be handled fully, but it will no longer accept new customers. Anyone who submits a parking ticket through the app will now receive an email informing them of the shutdown.

That email reads as follows:

Hi – unfortunately we are unable to process your Parking Ticket.

Unfortunately, we’ve had to suspend Parking Ticket operations in your city. The city has been blocking us from accessing their Parking Ticket Website.

We’re hoping to resolve the issue and resume Parking Ticket operations soon. If you have other parking tickets submitted, please don’t worry, they are being taken care of. Additionally, Traffic Tickets remain unaffected by the city’s actions.

If you’ve any other questions, please let us know.

Xerox has made a security change to their system which no longer allows for mass electronic submissions and payments for all their clients. According to Xerox, this is to enhance internal control and system integrity. This was not a request from the SFMTA. In fact, we have reassigned staff to help support any submissions being made by Fixed and they can still submit protests online or continue to submit paper copies.

UPDATE 2: Fixed has provided us with an email it requested via the FOIA process which the company says do imply that there was direct conversation between the SFMTA and Xerox regarding Fixed. (10/14/15, 5 PM ET) –

To be clear, Fixed has not been blocked from ticket websites in Oakland, San Francisco and Los Angeles. What has occurred is that Xerox implemented industry standard Payment Card Industry (PCI) best practices for all our public facing web sites to protect our system security. The sites no longer allow mass electronic automated system access. Individual payments, protests and other interactions can still be submitted online or through paper copies. This effort was not directed at any one company, but aimed at protecting the overall system security for all our clients. The security standards are industry standard applications similar to what you find on many transactional websites, social media sites and newsletter groups to ensure all safety measures for the customer.