Hans Tung Contributor
Hans Tung is a managing partner at GGV Capital, focusing on early-stage investments in internet and e-commerce ecosystems globally. He has been named to the Forbes Midas list eight times, most recently at #10, and counts 16 unicorns among his portfolio.
More posts by this contributor

A generation ago, well-known Internet and tech giants with global ambitions tried to break into the Chinese market but often failed.

Those attempts have been well-documented, but conditions change when a country like China goes through its own mobile revolution.

Fast-forward to 2015, and times have changed drastically. Today, startups around the world have a real chance to break into China, no matter how global financial markets are behaving.

That generational change is a big deal — in a world where startups are judged by how fast they grow — even as they approach an IPO — the allure of the world’s largest market should draw the attention of the most ambitious founders worldwide.

Context To China’s Entrepreneurial Wave
Let’s briefly examine why and how things have changed for startups looking at China.

First, any companies listed on the Chinese stock exchanges are old-economy companies, many of which are state-owned enterprises with no “web” DNA.

Second, Chinese “native web” companies listed on exchanges in the U.S. and Hong Kong, such as Alibaba, Baidu, and Tencent, are all growing fiercely (despite recent market gyrations).

Third, out of the 1.3 billion population, over 600M have smartphones and over 700M have broadband access with a PC, while only about 10% hold retail trading accounts, meaning only a small slice of the nation is exposed to public market fluctuations. This all means that, fourth, the overall addressable market in the country is so much larger than it was a generation ago, and therefore presents that bigger opportunity to the world at large.

These forces combine to fuel a huge wave of entrepreneurship throughout China, where registrations of new startups outpace GDP growth by a factor of three and where investment money in the form of venture capital and private equity (both from within China and from other countries) fuel these companies.

The net result from all of these factors, as well as the successful, global IPOs of Alibaba, JD.com, Tencent, and Baidu (which represent four of the Top 10 global Internet companies, valued together at over half a trillion U.S. dollars) have proved any young, aspiring entrepreneur within China could succeed at the highest, world-class levels — and never needs to be born with ties to the government, nor to hail from a rich, well-to-do family.

Now that the conditions have changed in China, let’s unpack three examples to examine how other startups have tackled this new market.

These forces combine to fuel a huge wave of entrepreneurship throughout China, where registrations of new startups outpace GDP growth by a factor of three and where investment money in the form of venture capital and private equity (both from within China and from other countries) fuel these companies.

Airbnb In China
One of world’s darling startup juggernauts — Airbnb — is cracking the code on the China market.

Today’s China boasts a huge, growing middle-class with aspirations to consume goods and services, which translates into a market power that can challenge conventions even within China itself.

For instance, China is the fastest and largest outbound travel market — including for Airbnb — and they have embraced it. Airbnb smartly focused on outbound travel out of China first, where it has distinct competitive advantages to provide lodging alternatives across the world in the most sought-after destinations.

Tactically the company picked its VP of International Operations to have years of real, tangible, on-the-ground experience in Asia. The company also invited a consortium of private investors (including GGV) with deep experience in China in their latest round of financing to leverage the group’s collective experience in the Chinese market.

It remains to be seen, but I’d suspect Airbnb will also hire a country-specific CEO who has strong leadership skills in China to lead the organization in what is certainly a dynamic market.

Uber In China
Despite the company’s operational prowess, Uber is in fact “late” to China. They are currently fighting with Didi Kuaidi, (a GGV portfolio company) which is backed by three Asian Internet giants — Tencent, Alibaba, as well as Softbank.

WeChat, the massive mobile messaging platform, is owned by Tencent and is the most dominant mobile gateway in China with over 600M active users. As a result, WeChat and Tencent are not making it easy for Uber to compete in China by blocking access to Uber within WeChat. In a way, it’s a reverse of the Facebook-Google dynamic, where the social network demotes Google searches within its walled-garden.

Uber’s difficulty in cracking China is very high. Transportation is a very local business, and it is even difficult for local plays to win across China given the sheer scale of the country.

Already, there are several transportation apps and services which are more local than Uber can be, therefore making it much harder for Uber to be truly unique in China, not to mention the fierce entrepreneurial competition driving the country right now.

But to give Uber credit, it has created a separate entity in China (where it competes with Didi), a proof point that this is the company’s number one priority in terms of growth and expansion.

Recent history has proven it is not a wise choice to bet against Uber, though its expansion into China will likely include lots of volatility, and they may eventually turn to a “Yahoo-Alibaba” model where they own a material stake in a regional player. Despite those hurdles, it is refreshing to see a multinational company going after the China opportunity with full determination and plenty of localized practices.

Gaming With Twitch and Riot 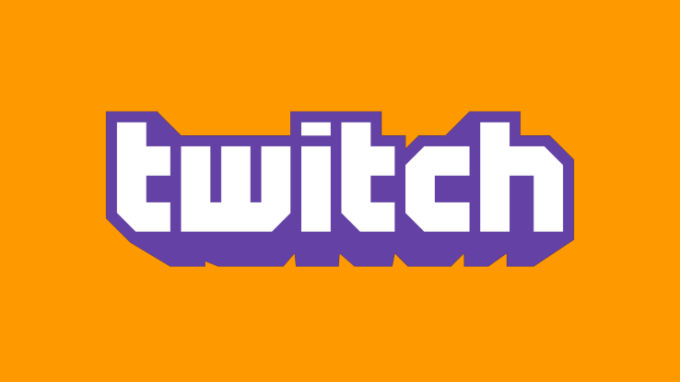 Gaming is another huge, global category that is finding new inroads into China.

In 2008, Tencent brought League Of Legends (LoL) to China, and they eventually acquired a majority stake in LoL’s maker Riot Games in 2011. Since then, Tencent has helped turn LoL into the world’s number one MMOG in China. To succeed in China, Riot picked a Chinese strategic partner to help it distribute and localize its product, and built up its own team in Shanghai, as well.

Now in 2015, Riot’s knowledge of the Chinese online gaming market and the growing popularity of YY and QQ Talk in China led them to invest in Curse (a GGV portfolio company) in San Francisco. By working with Tencent and making an investment in Curse, Riot may be in a better position to make a global platform play both in and beyond gaming.

The Past Isn’t Always Prologue
A decade ago, leading web companies like Google, and eventually, Facebook, tried to enter China, but they didn’t succeed. Why did Google, Yahoo, MSN messenger, Facebook all fail?

Western conventional wisdom attributes this to Chinese government restrictions, but in truth, that is not the whole story — it is more due to the lack of localization practices by those U.S. giants, as well as being a generation before the large entrepreneurial and mobile technology wave hit China.

Now in 2015, with smartphones in everyone’s hands; with a newer, aspirational generation growing into the middle class; and with entrepreneurship as a desired career path by so many young Chinese nationals; new concepts like on-demand, sharing, and mobile wallet, among others, have taken root in China and exploded.

After all, the competitors to Google (i.e. Baidu), Yahoo (i.e. Sina, Sohu, Netease), eBay (i.e. Alibaba), Facebook, and MSN Messenger (i.e. Tencent) were all startups founded by entrepreneurs with no government ties, were funded by America-trained VCs and institutional investors, and NOT favored by the Chinese government, so  they too needed to comply with the same Chinese laws regulating the Internet sector.

Now in 2015, with smartphones in everyone’s hands; with a newer, aspirational generation growing into the middle class; and with entrepreneurship as a desired career path by so many young Chinese nationals; new concepts like on-demand, sharing, and mobile wallet, among others, have taken root in China and exploded.

These forces are actually disrupting the older, offline economy China was known for before. In a strange way, recent market turbulence in China can trace its origins to this friction between old and new, between global and local concepts.

The Chinese economy slowdown we read so much about in the Western press is happening in the offline economy China. Despite the fact that retail sales grew 10.4% in the second quarter this year, it’s the offline retail sector that’s reeling, with the #1 Chinese mall developer and operator the Wanda Group closing half of its stores due to the consumers’ dramatic shift to web and mobile commerce.

Conclusion
The world is simply changing so quickly, China has to change, too — and it is changing. As I stated on TV last month, the growing popularity of iPhones, Starbucks shops, Haagen-Dazs stores despite recent market volatility means there’s enormous opportunity for non-Chinese companies to enter China now, and compete for the “Baifumei” segment of consumers with increasingly westernized tastes.

Specifically, first, China is enabling more commerce-driven apps and companies to succeed in the country (as opposed to media), and it wants U.S. players to play by its rules in China; second, companies with globalized offerings (such as Airbnb, Apple) but that are not politically sensitive (e.g. Facebook in social or Google in search) will have an easier time in China, relative to those that do; and, third, new entrants that can smartly localize within China with strong local talent and investment partners will have a better chance to gain a foothold in the world’s fastest growing consumer market.