Neumob, a service that helps mobile app developers get their in-app content to users faster, today announced that it has raised an $8.5 million Series A round led by Accel Partners. Additional investors include Shasta Ventures, Eniac Ventures and Lightbank Ventures, as well as a number of private investors, including RealNetworks founder and CEO Rob Glaser.

This Series A round follows Neumob’s $2.3 million seed round earlier this year.

Neumob uses a number of techniques to accelerate content delivery to smartphones. Its consumer app for Android is somewhat similar to Opera Max, but focuses less on image compression and caching than on bringing down latency by optimizing network usage. 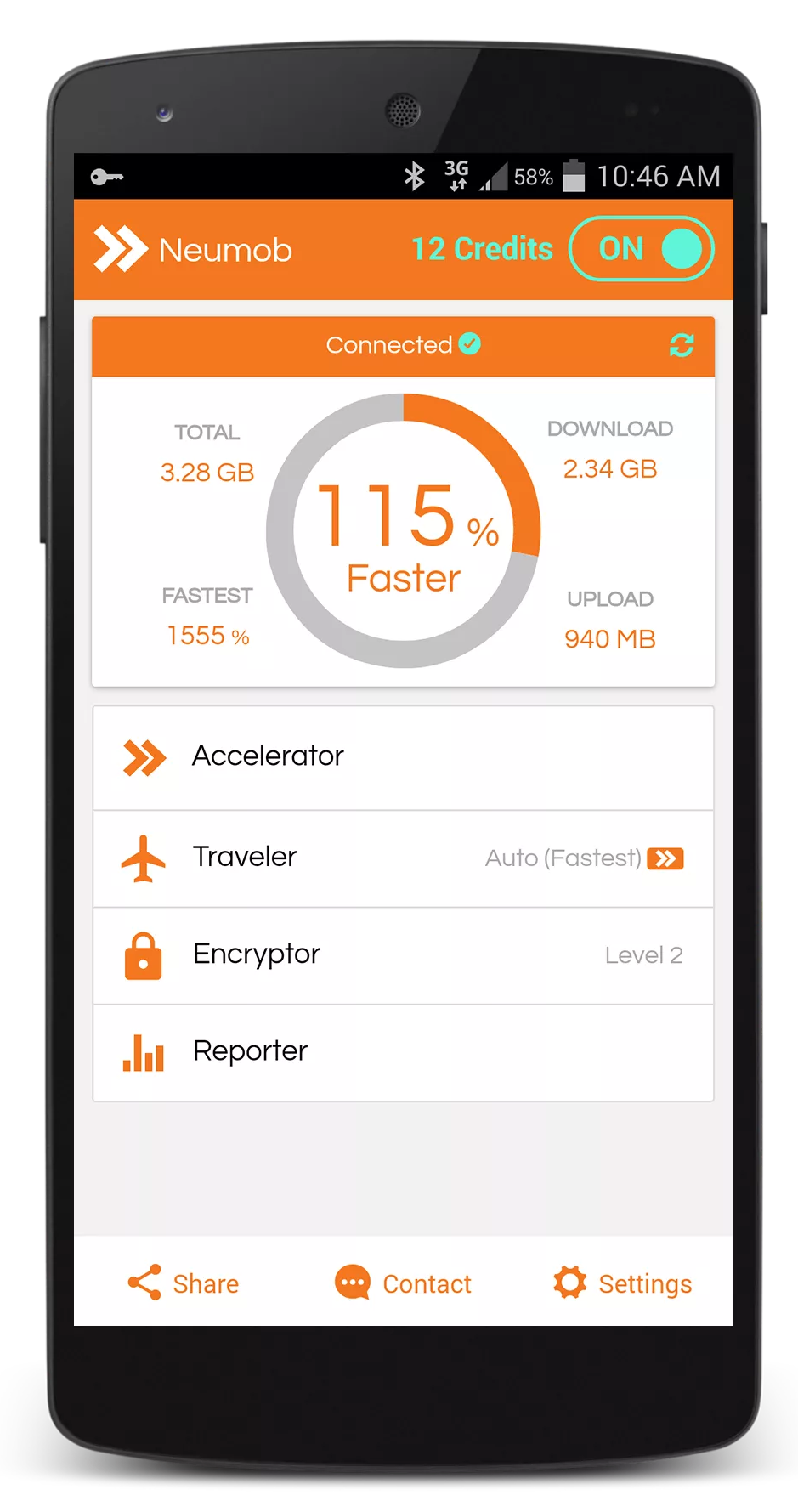 As the company’s CEO and co-founder Jeff Kim — who has extensive experience working at content delivery networks (CDN) like Akamai — tells me, the company used the last few months to continue to execute on its plans to launch its service as an SDK for developers.

“The initial vision of the consumer app was to harden our network and collect data about mobile traffic,” Kim said. “What we’re doing now is to move on to the next phase: our B2B SDK.”

One of the interesting data points Neumob learned from the consumer app, which proxies all of your traffic through Neumob’s network of servers around the world, is that most mobile app developers don’t use a CDN. In his view, that’s because many of them simply don’t know they have performance issues. They understand design and how to create a great consumer experience, but have no experience running a global network.

Neumob says it can speed up content delivery to apps by 40 to 400 percent. Unsurprisingly, the service’s impact is typically more noticeable on slower connections than on a fast LTE network.

The company plans to use the new funding to accelerate its go-to-market and customer acquisition strategies. Accel partner Rich Wong, who also led the firm’s investments in the likes of Admob, MoPub and Airwatch, will take a seat on Neumob’s board. He tells me that he believes Neumob will become “one of the great mobile infrastructure companies.”

Kim tells me Neumob will still invest in its Android consumer app, and the company still plans to launch an iOS version soon, too. Typically, this would be rather hard to pull off, but Kim tells me Apple is letting the company use some private APIs.

It’s clear, though, that Neumob’s real focus is on B2B sales through its SDK. The company offers a free tier for testing its service, but it doesn’t publish pricing for its enterprise plan. Kim says the company stuck with a more traditional enterprise sales model because it’s mostly going after large customers right now.