What it will become or, more to the point, contain is what none of us knows. But it needs to grow. Those of us who are hardcore users shook in our boots a bit today when we heard that Twitter might be tinkering around with more text.

What happened after that is a good old game of telephone. Imaginations ran wild: 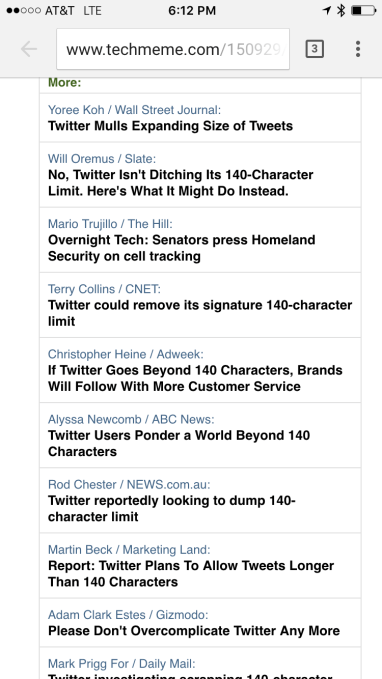 You see, the 140-character limit was instituted because the service was first envisioned as a way to communicate via SMS. Texts have a 160-character limit. This limit was genius in retrospect, as the brevity that comes with Twitter causes folks to focus on what they really want to say, making them cut out the junk. It’s pretty awesome.

To kill off that brevity wouldn’t be a great move on Twitter’s part. However…

The tweet is going to evolve. No matter how much us old-timers hate change. The Super Tweet includes everything from images to videos to ads and yes… text. The 140-character tweet is a container that delivers all of these larger bits of information. I mean, VR and 360-degree video and maps and all types of information would be rad embedded in a tweet.

You can show a photo in a tweet, but to see a higher resolution version, people have to click a link. This is the same idea for text if Twitter is really working on a way to jam more into a tweet. Write a few hundred words if you want to and simply display it in a tweet as an expanded card. Want to write more than that? Drop in a link to a full-on blog post.

You get the idea.

The Super Tweet will contain all kinds of stuff that can be expanded upon. Sure, I really think that polls are a bad idea, not because things shouldn’t be attached to tweets, but because I think constructing polls is hard for users to do, thus resulting in a lot of shitty polls. Will there be a lot of shitty text attached to tweets? Maybe, but you can of course control that by following and unfollowing whomever you like.

Getting around the 140-character limit is easy. Embedding things is the way to do it. It’s not just a regular tweet anymore. And that’s cool. As long as we can choose to expand the content or move to a different screen to consume it, that’s fine. People understand how to use Twitter, it’s not rocket science, there are just not enough things to make them want to use it yet.

I’ll only sound the alarms if Twitter turns into this: 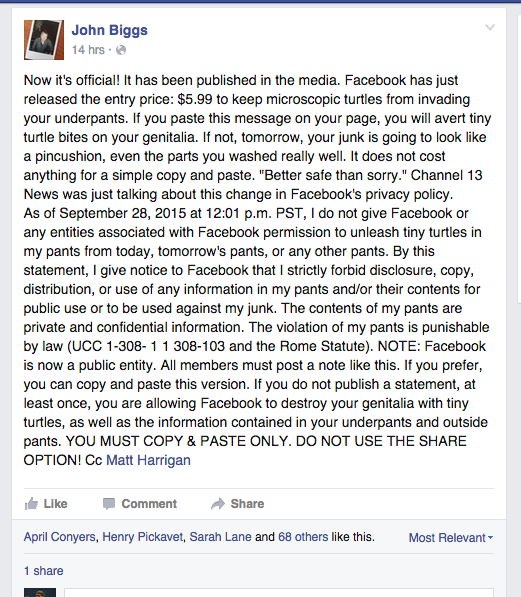 PS: The “tweetstorm” will never go away because it’s more about getting people’s attention than it is about jamming more information into one single tweet. Forty tweets will always get you more attention than one.