Peer-to-peer ride-sharing startup Lyft informed 20 members of its San Francisco-based customer support team this week it will be relocating them to Nashville, Tennessee.

Lyft is building out its new customer service headquarters in Nashville, where overhead such as rent and salaries are cheaper. It will also help Lyft’s east coast support. The ride-sharing startup is asking customer service reps in San Francisco to work out of the capital of country music, instead.

“As we continue to grow we know we need more space for the employees who support our passengers and drivers,” reads an official statement from Lyft. “We chose Nashville as the home of our newest office because it is a great city with a lower cost of living and a growing talent pool.”

The move is part of a growing trend in Silicon Valley to find cheaper space and lower overhead elsewhere. Average office rent in San Francisco nearly doubled from $30 in 2013 to $70 per square foot today. Compare that to the $18-$22 average per square foot rental price in downtown Nashville. 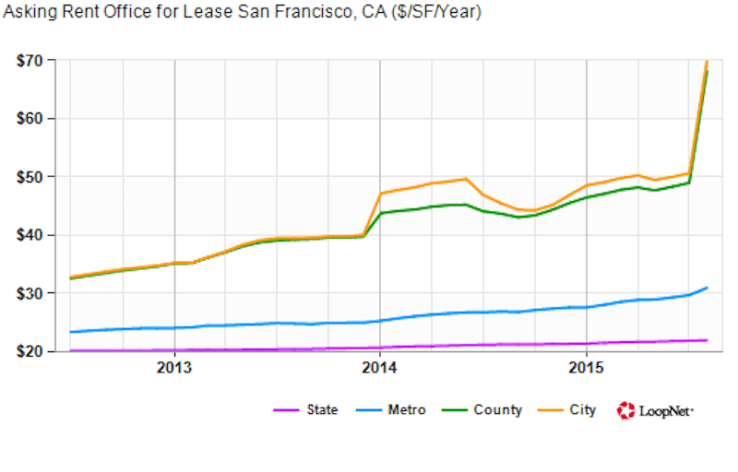 Uber recently bought and plans to grow out its workforce in the Sears building in Oakland, California and other startups have added customer support and sales operations in areas other than San Francisco for a similar reason. Thumbtack, a peer-to-peer services startup sets its headquarters in San Francisco, but the customer support team operates in Sandy, Utah.

These moves help young and flourishing startups, but can be tragic for those workers who built their lives in the Bay Area and are suddenly asked to move. The Lyft customer support team was informed that the move includes a lower pay in salary after one year in Nashville, according to sources.

Those on Lyft’s customer support team who don’t want to go could also face layoffs, according to a source close to the matter. Lyft tells us that’s not the case and that it is working with these team members to ensure everyone is able to work within the company. Another source disputed Lyft’s claim and said the option is  either move or take severance.

“Our Nashville move is one of growth” Lyft spokesperson Katie Daily reiterated to TechCrunch. The Nashville office will help Lyft reach out to those on the east coast in a more timely manner as well.

We’ve been told the plan is to grow the Nashville office and hire hundreds of new employees. It’s not clear if all 20 of those team members asked to go will do so. However, we’ve heard that at least one longtime senior member of the team will be making the move.