Twitter is losing some key talent and leadership lately, which we told you about before…specifically to the company a few blocks over, Uber. Today, Akash Garg announced that he was leaving Twitter for the logistics company:

1/ After an amazing 4+ years at @Twitter, I am saying goodbye to my friends and co-workers

3/ I am excited to lead the mobile and web platform teams @Uber. Looking forward to this new adventure!

The close proximity of the companies has become a bit of a joke in investor and former Twitter employee circles, as illustrated here: 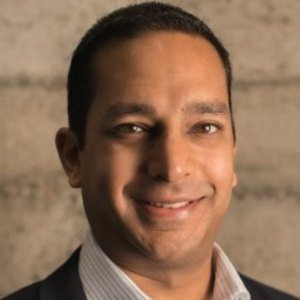 Garg held the role of Sr. Director of Engineering, Growth and International Team after four years in the role, which is a pretty important one when you think about it. As we know, Uber is spreading itself all over the world and that presents brand new problems for an engineering group. Garg will step in and assist.

It’s worth noting that Garg led the charge to acquire ZipDial which not only brought over a team that can grow Twitter internationally, but it also brought over the extremely talented Valerie Wagoner who is now a leader on the growth team.

While there’s not a “mass exodus” going on at Twitter, a source told me that Uber is clearly “scraping” the social company for engineering talent. As I noted before, when uncertainty happens at the helm of any company, the folks who have been around for a long time get restless. You can’t blame them, really. Twitter has had a few changes at the helm and we’re still waiting to hear about who the next permanent CEO will be. It feels like Dorsey has been the interim forever. Imagine how the employees at Twitter feel.