Last week TechCrunch reported Twitter was in final talks to acquire ZipDial for between $30 million and $40 million, and today the company announced the deal has closed.

ZipDial allows people to call a special phone number for a business, hang up before they incur a charge, and then receive a phone call or SMS with information about the business. This “missed call” marketing platform allows people to access content for free, which is especially useful in the developing world where many can’t afford data plans.

Twitter said about the deal “For many, their first online experience will be on a mobile device – but the cost of data may prevent them from experiencing the true power of the Internet. Twitter, in partnership with ZipDial, can make great content more accessible to everyone.” When asked about the acquisition price, Twitter told me “We aren’t disclosing financial terms of the deal” but did say
“The majority of ZipDial’s team will be joining us.”

Founded in 2010, ZipDial did not disclose the volume of its funding, but had taken three significant rounds from Mumbai Angels, 500 Startups, Times Internet, and Jungle Ventures. CEO Valerie Wagoner has led the company to sign major fortune 500 brands as customers. Last week, TechCrunch’s Ingrid Lunden broke down why Twitter would be interested in ZipDial. 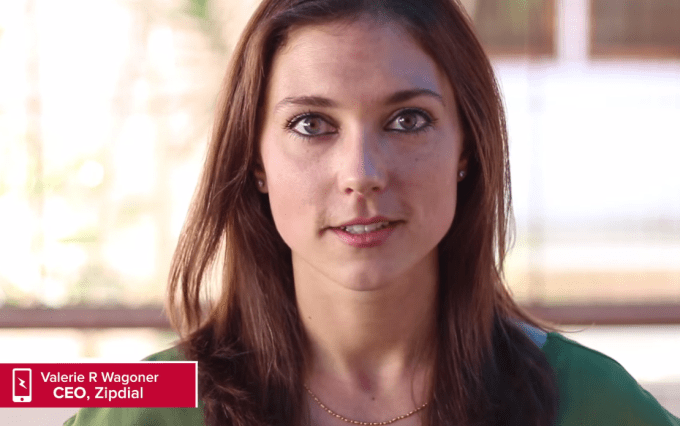 Beyond allowing missed call connections to businesses, Twitter explains it was attracted to ZipDial’s other use cases, such as to “access great content, including cricket scores, audio programming, Tweets from their favorite Bollywood stars – and much more – on their mobile phones. Leading figures, including actors, politicians and athletes, also use the platform to instantly reach millions of citizens on Twitter through text and voice messages.”

Marketers can also use ZipDial as a marketing measurement tool. Since many in places like India pay with cash and are unbanked, it can be difficult to measure sales for ad campaign return on investment. If Twitter can use ZipDial to close the loop and prove ROI to advertisers, it could pull in a lot more ad dollars for notoriously difficult to monetize markets in the developing world.

ZipDial’s mission aligns closely with Twitter’s, bringing information to people quickly and simply. It’s been compared to Yo, but designed for the developing world where smartphones and hefty data plans are less common. Twitter described the deal in a tweet saying:

We’ve agreed to acquire @zipdial to make Twitter even more accessible to people around the world. https://t.co/2bs25PB9nW

This seems to indicate Twitter will use ZipDial’s platform to deliver itself to feature phones and others with irregular Internet connections. Facebook and Google are both exploring ways to get those without Internet connected to their services. ZipDial gets Twitter in the business of accessibility too.

For more on why Twitter wants ZipDial, read our scoop on the deal from last week