Facebook’s making a killing with its native, in-feed, auto-play video ads, and now it’s going to let other developers earn money off them too. Today Facebook announced that it’s opening up its own best-performing ad units to publishers that show Facebook’s Audience Network ads to monetize their apps. Facebook says Audience Network publishers using its native ad units get 7X better performance than on their traditional banner ads.

These new ad formats include auto-play video, as well as its multi-image Carousel Ads that can give deeper looks at a product or tell stories, Dynamic Product Ads that retarget users with items they’ve considered buying elsewhere on the web, and more traditional interstitial Click-To-Play Video Ads. Some users might find these flashy ads annoying, but at least they’re well-targeted and run properly. 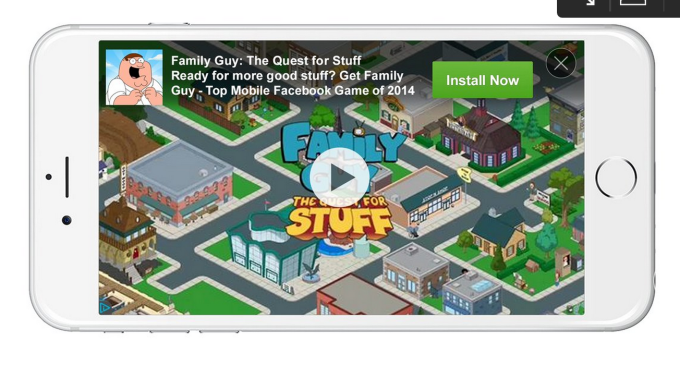 Facebook’s spent years improving its ad user experience so videos don’t stutter when you scroll. Product Marketing Manager Brett Vogel tells me getting access to the slick auto-play video ads was “the number one thing” publishers were asking for. Now Facebook’s passing this ad tech on to its partners so they can both make more money through the Audience Network revenue share. The shift is working. Eighty percent of Audience Network impressions are for native ads, up swiftly from 60 percent in March.

Facebook originally announced its Mobile Audience Network ad network at F8 back in April 2014. For years, other analysts and I had expected Facebook could earn a lot more money if it used its trove of personal info to target people with ads while they’re using other apps. 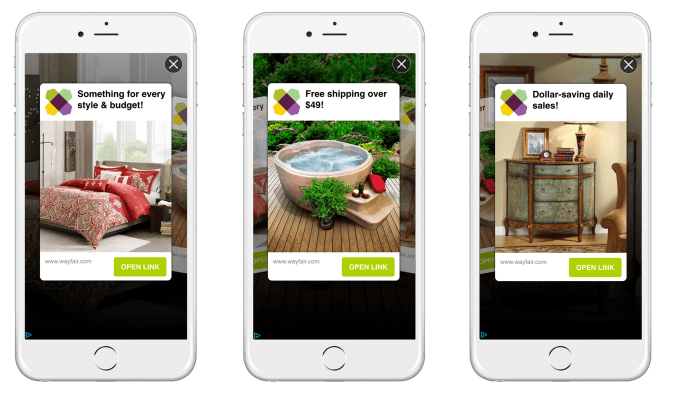 By October, Facebook opened up the ad network to all apps. When users who are logged in to Facebook visit an app on the Audience Network, they get shown personalized ads sold by Facebook that are targeted based on that person’s Facebook info like their age, gender, interests and activity. Facebook takes a cut for doing the targeting and gives the rest to the app developer who doesn’t have to hire their own ad sales team.

Now more of its top ad types will be available through Audience Network. [Update: Facebook is also beefing up the capabilities of Dynamic Product Ads. Advertisers can now run ads showing products they’ve designated as related to something a user looked at, added to their shopping cart, and now, purchased. Plus, the ads can now be optimized to drive sales, not just clicks.

The better Facebook can make the ads that run on its Audience Network partners’ apps, the fewer it needs to show in its own. Ideally for Facebook, it could give users a less-cluttered experience in the News Feed by simply using its own apps to collect targeting data that’s applied to ads shown elsewhere. That way, it could earn just as much money without shoving as many ads in the News Feed.