After announcing its mobile ad network at f8 in April, Facebook today officially launched “Audience Network” and started letting any advertiser buy any third-party app host ads powered by its targeting data. The big new detail is that Audience Network isn’t a separate set of ad inventory from what’s available in Facebook’s own apps and site with a direct buying interface. Instead, it’s “a simple way to extend Facebook advertising buys across mobile apps to increase relevancy for people, yield for publishers, and results for advertisers” using the same Facebook biographical, interest, and activity targeting data, according to Audience Network’s product manager Sriram Krishnan.

Similar to the web and mobile-based “ad network” Atlas that Facebook just relaunched, Audience Network is a way for Facebook to earn money by leveraging its personal data trove for targeting without cluttering its own service with any more ads. It gives developers an easy option for monetization by hosting Facebook’s ads, while letting advertisers get in front of more people in a certain demographic more frequently than if they could only reach people on Facebook. 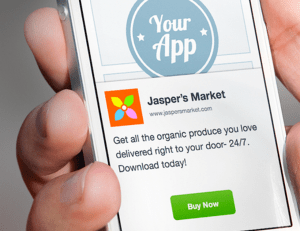 Until now, each dollar Facebook earned meant annoying its own users with more ads. This created a natural cap on Facebook’s revenue unless it wanted to pester us so much that we stopped visiting. Now it can sit back and cash in on all the targeting data it’s collected.

Audience Network will put Facebook into more direct competition with Google’s AdMob, Yahoo’s Flurry, and Twitter’s MoPub for mobile advertising dollars. 62 percent of Facebook’s ad revenue, or $1.66 billion, came from mobile last quarter largely thanks to developers buying News Feed ads promoting their apps. Now Facebook will be able to gobble up more developer spend because it has more places to put the ads. eMarketer says Facebook took 16.5 percent of worldwide mobile ad revenues in 2013 and expects it that to increase to 20.4 percent this year while Google drops from 46.4 percent to 44.6 percent.

If the idea of Facebook-powered ads following you around the mobile web creeps you out, you can opt out through your phone’s settings. iOS users can go to Settings->Privacy->Advertising and enable “Limit Ad Tracking”. On Android, they can go to Google Settings and opt out of interest tracking in the Advertising ID options.

It’s Good To Be The Middle Man

Audience Network bridges a gap between developers and advertisers, endearing both to Facebook.

More Money For Developers Through Targeting

Developers want to show ads in their apps to make money, but don’t want to hire their own sales team or deal with any of the technical overhead. Before, that meant working with independent ad networks who would sell the ad inventory in their apps. But because these ad networks had limited information about the identities of who they were reaching, the ads weren’t targeted that well, didn’t resonate, and didn’t generate enough clicks or qualified leads to command high rates from advertisers.

Facebook Audience Network pipes in Facebook’s top-notch ad targeting and its huge supply of 1.5 million active advertisers. To start running ads and getting paid, developers just have to install Facebook’s SDK, which provides a more holistic understanding of what’s happening on your phone.

Assisting developers with advertising could make them more likely to integrate more of Facebook’s developer tools, such as social log-in, sharing options, or Parse’s backend services. These help Facebook gather more data about users, content for its News Feed, and Parse subscription fees. Facebook doesn’t own a mobile operating system like iOS or Google, so this is its way to be what CEO Mark Zuckerberg called “a cross-platform platform” at f8. 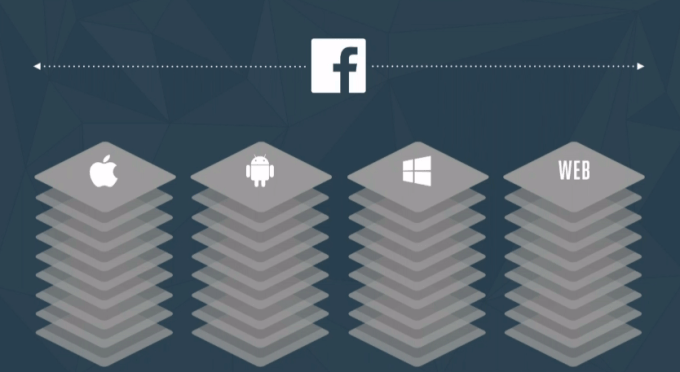 More Opportunities For Advertisers Through Inventory

For advertisers, the biggest problem with Facebook was that even though it has 1.32 billion users, they would still run out of people in very specific demographics like “married women in California age 30 to 40 with children, a college degree, and who like Samsung”. Facebook’s ad targeting power let them find some of these people, but advertisers would have to compete for the limited impressions and could only show each person an ad a limited number of times. They wanted more inventory.

Audience Network delivers. It lets advertisers reach anyone with a Facebook account, even when they’re not on Facebook. That means they can market to more people in a certain demographic, and get in front of them more times. Walgreens says it boosted the reach of its ads by 5 percent, while improving its click-through rate by 4-5X. HarperCollins got 16 percent more ad impressions thanks to Audience Network. And reach through Audience Network will surely grow now that it’s open to all developers.

What we now know it that advertisers won’t fumble with a distinct buying interface for Audience Network. Instead, when they buy ads through Facebook’s Ads Create tool, Power Editor and the API, they’ll simply leave on the option for the ads to appear in “Partner Mobile Apps”. Advertisers can also use all of Facebook online and offline conversion tracking tools to measure the effectiveness of their ads. All ads bought on Facebook are eligible to show up on Audience Network unless an advertiser opts out, and campaigns can’t be set to run on Audience Network alone.

During the testing period since f8, Audience Network was only running ads that advertised apps and directed people straight to the app stores. Now it’s opening up a more traditional link ad that will let advertisers send people to any mobile website.

While there were some differing opinions during f8, Krishnan confirms that Audience Network competes with Twitter’s MoPub as both help developers run custom native ads with creative formats tuned to their apps so they don’t stick out. Now Krishnan says Facebook is all systems go on making Audience Network grow. 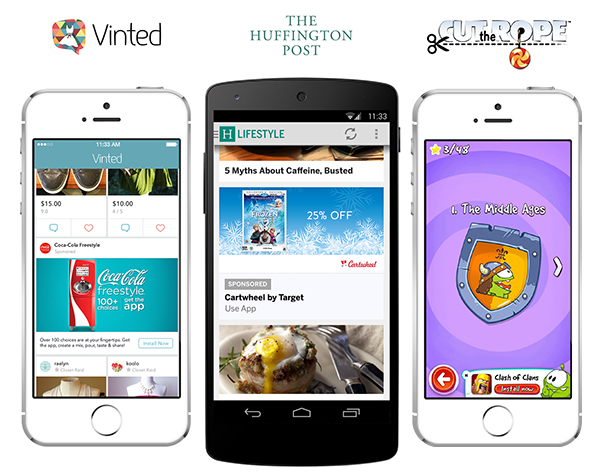 If Audience Network is a hit with developers and advertisers, it could be a huge boon to Facebook’s revenue while also improving its relationships with its most important partners. And if Facebook ads annoy you, at least now it has a way to grow its business without stuffing more of them into your News Feed.