Brazilian startup Descomplica (“Uncomplicate”) has raised an $8 million Series B to build an education entertainment company that the company hopes could actually change the future of education in Brazil.

Descomplica is already known as a test prep platform for Brazil’s standardized college entrance exam tests, delivering a library of 15,000 videos, and eight hours of live-streamed content seven days a week, to over eight million students a month. In fact, a physics class with 250K simultaneous viewers this year became a worldwide Twitter trending topic.

Descomplica students average 80 minutes per visit on the site, logging in every three days, and and 78% out-perform the national average on the entrance exams. For all this, Descomplica charges about $3 a month — less than 1% of the cost of a typical test prep course offered in Brazil.

Entrance exam test prep is largely limited to the elite class in Brazil, and only available in major cities. Descomplica CEO and founder Marco Fisbhen spent years as a physics teacher for one of these test prep courses, which can cost $500-$1000 a month. (By comparison, minimum wage in Brazil about $250 a month.)

“There’s this dynamic where the A (upper) class pays a ton of money for test prep, and ends up occupying all of the public university spots,” Fisbhen explains. In Brazil, the best universities are public and charge zero tuition. “Seeing as how they’re the best and they’re free, it generates a big willingness to pay. So the prep school industry is a really expensive way for the A class to take the free spots. It’s totally perverse.”

As befits a professor with a background in engineering, Fisbhen decided to see if he could scale the work he was doing. “I said we could do something really good and only charge $5 a month, not $1000,” says Fisbhen. Descomplica secured a seed round in 2010 and launched in March 2011 as a library of test prep videos, featuring Fisbhen and his colleagues, available for less than $3 a month. 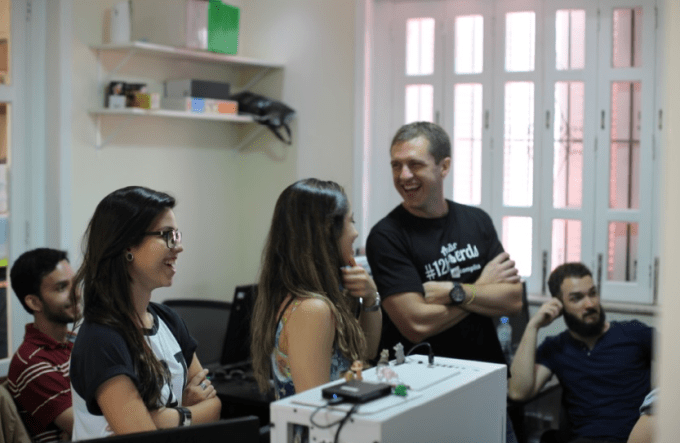 With the help of a corporate partnership with beauty giant Natura, and infrastructure donated by Microsoft, Descomplica hit 500,000 students in its first year, enough traction to close a $1.5M Series A in 2012 with Peter Thiel’s Valar Ventures, Valor Capital Group in New York City, and Social Capital Partnership, which led an additional $5M round in 2013.

Like many other Brazilian startups, all of Descomplica’s investors are foreigners. Fisbhen echoes what we’ve heard from other entrepreneurs in Brazil — that there’s a lot of seed money, and private equity financing when you’re a lot further along, but few local investors who want to invest in the venture capital sweet spot.

“Or if you find people who want to invest on this level,” Fisbhen says, “they want it to be a model that already works really well in the US and build the Warby Parker, Yelp, etc of Brazil. But anything that’s a little out of the box, you won’t find Brazilian investors. You need to get on a plane and find them.”

And what Descomplica wants to do next is definitely out of the box, investing heavily in creatives and engineers to produce next-generation content that is entertainment first.

“Our favorite feedback is when someone says, ‘I never thought a math class could be so fun,’” Fishben says. “Part of this fundraise is to start to understand how we can push the limits of what we consider gaming, entertainment and media. And where education enters into the equation. Not to make a bridge between them, but to mix them all up.”

“We’re already a media company,” Fisbhen reasons, and rattles off the statistics: 12 million subscribing students in 2014, 8 million last month alone. 1.5 million Facebook fans, all organic. Over 5 million students visit the site more than 10 times a month, for an average session time of eighty minutes. Even visitors from organic search log a half hour of time with Descomplica content. And the live audience they hit with a physics class earlier this year pulled in a comparable viewership as a cable TV channel. “So we already have national scale,” Fisbhen says.

It’s a mark of pride for Stanford to have the biggest ratio of applicants to accepted students. We’re the opposite of this. Our pride is that we’ve got 8 million students watching. Marco Fishben

In terms of content, Descomplica is producing over 1,000 new videos a month from their studio in Rio de Janeiro’s Botafogo neighborhood, and streaming live classes eight hours a day, seven days a week. They’re distributing content online, via partnerships with cell phone carriers, and even sold over 200,000 DVD’s a couple of years ago to get their content to parts of Brazil with poor web infrastructure. “Our model is entirely — how do we get our content to our students?” Fishben says. “ What are the distribution channels and partnerships we need to reach our students, our consumers?”

It’s a disruptive premise when you consider that traditional academia extracts its value from exclusivity. And as higher learning institutions put content online, there are concerns that mass enrollment will dilute the brand.

“It’s a mark of pride for Stanford to have the biggest ratio of applicants to accepted students,” says Fishben. “We’re the opposite of this. Our pride is that we’ve got 8 million students watching. And we’re thinking about how to communicate with 8 million people in a way that is uniquely 2015.”

“Traditional learning has a format that is centered around the institution,” says Victor Sahate, Descomplica’s head of design, who also freelances as Creative Director of Google Paris. “It’s brand-centric. i think what we want to do is student-centric. We want to understand the language of students. Who are millennials, or post-millennials, and really create a language that’s part of the universe of today’s students.

It’s an even more radical premise for an education company that is for-profit — a term that has finally (and deservedly) become a dirty word in the US. Student loan debt is over a trillion dollars in the US, and is the primary source of revenue for for-profit institutions, which collected $22 billion in taxpayer loans and grants 2013. And while 11% of enrolled college students in America attend for-profit institutions, they represent 44% of student loan defaults. An Obama mandate for these institutions to monitor their students’ employment-to-student debt ratios has led some of the biggest for-profit players to file for bankruptcy and close down campuses.

But Fisbhen thinks for-profit can change the face of education in Brazil — and maybe the world. “We are a for-profit, and that’s good, because it means we have managed to construct a business model that is healthy for our investors, and is extremely affordable for our users,” he says. “But we don’t want to put anyone in debt.” 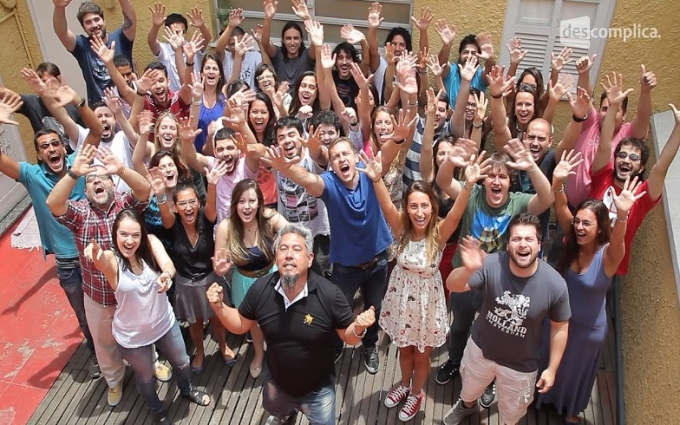