Hive, the company’s connected home brand, has unveiled its ‘next generation’ smart thermostat, upgraded features for the Hive app, and — perhaps most noteworthy — a pipeline of soon-to-be-launched smart home products covering lighting, plugs, motion detection, and door and window sensors.

As we called it back in February, the new products will be compatible with the existing Hive smart home hub and are powered by AlertMe’s Honeycomb platform. That’s testament to British Gas’ trojan horse strategy as it bids to become a leader in the burgeoning smart home space.

“We’re starting by adding our own products to the Honeycomb platform, as we open it up we’ll work with a number of trusted brands and partners too. Expect further announcements on this over the coming months,” says Kassir Hussain, Director of British Gas Connected Homes, in a statement. 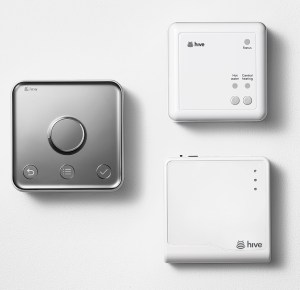 The new Hive Active Heating 2 thermostat sports a complete redesign, including an LED display with an on-screen guide and UI thats enables you to do more via the device rather than relying solely on the supporting Hive smartphone app.

That’s presumably in recognition of Hive’s target audience, which includes but is not exclusive to existing British Gas customers who aren’t necessarily comfortable with going the app route entirely.

(That said, as a current Hive user, I can testify that I’ve rarely if ever touched the original Hive Active Heating’s hardware buttons.)

The Hive Active Heating 2 is available to buy from today and costs £249 including installation. For a limited period existing Hive customers can upgrade for £99, although they aren’t required to do so in order to access most of the new Hive features.

The Hive smartphone, tablet and web app is also getting an update that adds new features, including heating boost for up to six hours, more heating and hot water schedule flexibility, and a holiday mode setting.

In addition, as we predicted, Hive will soon receive “plumbed multi-zone compatibility,” enabling you to control up to three heating zones. The multi-zone update, including new supporting hardware, is pegged for an Autumn rollout.

But most exciting for existing and future Hive customers is the pending launch of new devices in additional smart home product categories. They are Hive Active Plugs, which will let you control electrical appliances remotely via the Hive hub and apps. Likewise, Hive Active Lights are light bulbs that can also be controlled via the Hive app.

And there’s Hive Motion Sensors and Hive Window and Door Sensors. The former are wireless passive infra-red (PIR) motion sensors that will let you be notified of any motion in your home remotely, and the latter will notify you if a door or window has been left open. 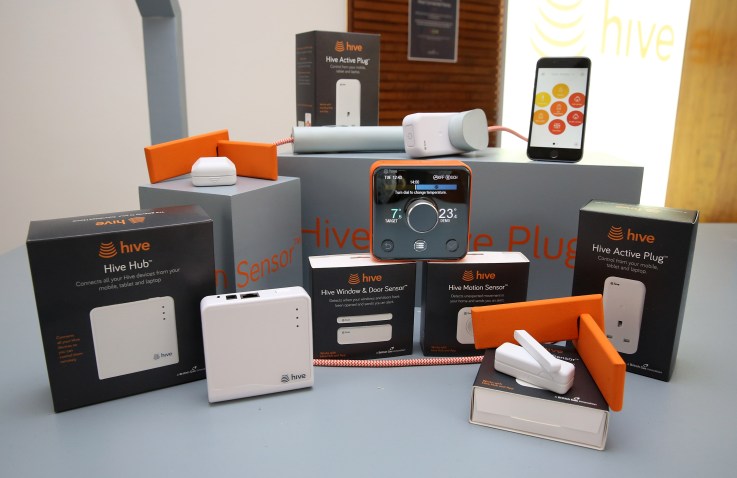 “In addition to the beautifully redesigned Hive Active Heating thermostat and new range of app features, we’ve created a family of connected home products that are easy to use, accessible for everyone, and genuinely make life easier,” says Hussain.

“We’re the only U.K. provider to deliver the complete connected home end-to-end experience – from ownership of the platform to product creation, installation and on-going support. We’re excited to be expanding our portfolio and making the connected home at last a reality for everyone.”

Of course, British Gas/Hive isn’t the only energy company to get in on the smart home action per se. A number of other utility companies in the U.K. have partnered with smart thermostat companies/startups, in a backdrop of new energy efficiency targets set by the U.K. regulator Ofgem.

Google-owned Nest is being offered to Npower’s customers, Berlin-based startup Tado has teamed up with SSE, Climote is working with Scottish Power, and French startup Netatmo recently partnered with EDF Energy.