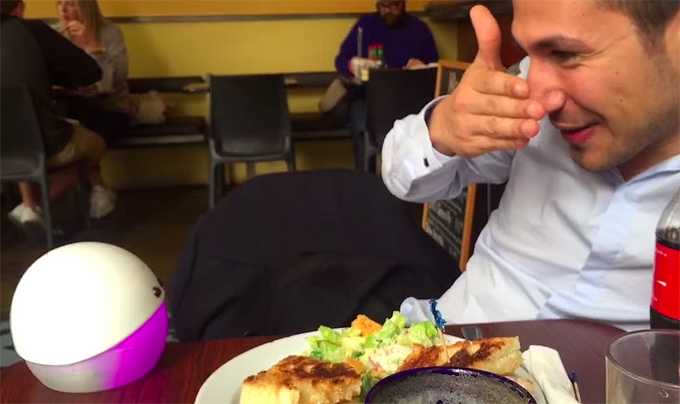 According to Alonso, Mira uses face detection to detect when someone is looking at her, and to follow their gaze as they move about. She’ll get sad when you hide (note the color changing base) — but when you reappear, it’s all laughs.

Will it climb up stairs or open doors? Probably not. Can it own you at beer pong? Nah. On the upside, when the robot uprising goes down, Mira probably won’t be much of a threat.

No word yet on whether or not Alonso intends to take this past being a personal prototype — but if you want to see more, here’s a short video of an earlier prototype from back in February: