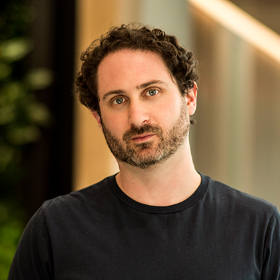 While my curlicued co-worker Josh Constine continues to cover the Meerkats and Free apps of the world, there’s a fascinating counter-trend of serial entrepreneurs, who have been successful in the consumer web, going into extraordinarily difficult and highly-regulated areas like health insurance, education and elder care.

As Fortune’s Dan Primack wrote the other month — there are two Silicon Valleys that exist. Or co-exist:

Silicon Valley is teeming with ill-mannered tech bros whose childhood participation trophies have led them to boast about how their mediocre startups will change the world. It’s insufferable. Silicon Valley is also full of sincere geniuses who wake up every day to work hard on solving serious problems that could indeed change the world. It’s inspiring.

One could argue that Founders Fund, the firm started by Paypal co-founder Peter Thiel, is focusing on the latter. The firm recently led two $100+ million rounds in Altschool and Oscar.

The partner who led both deals, Brian Singerman, talks about why the firm, which once famously lamented the advent of 140-character tweets over flying cars in a widely-circulated essay, is going so deeply into both areas:

Why are you leading these large $100+ million deals in health and education?

There are many complex coordination problems that we care about a lot. In the past, we did Climate Corporation and SpaceX.

Oscar and Altschool are both similar in that style. They’re both extremely complex coordination companies that are in areas that we care a great deal about — health insurance and childhood education.

It is extremely difficult, if not impossible to clone these types of businesses with two guys in a garage. This is not something that you can hack up in a couple months.

What made you comfortable with leading these big follow-on rounds, even after you had invested in them before?

There are two important things that made me totally comfortable with following on.

One is that the thesis was shown [referring to Oscar having more than 40,000 customers and Altschool having functioning campuses.]

Then there are still no startup competitors in either space. So now both companies have massive headstarts on any other company to the point where I think any Silicon Valley company will have a hard time catching up. So we are comfortable putting in more money.

We don’t just do investments in complex coordination problems just because we care about them. They have to have the type of execution team that has and already gotten over humps. We didn’t invest in Altschool until they were already running a school. We invested in Oscar once they had already gotten ACA [Affordable Care Act] and regulatory approval.

Wouldn’t you normally want another firm to come in and validate your investment by leading a later round?

We don’t care about other firms validating what we do. We are a standalone firm.

The way you make money in venture capital is by backing the truck in and being correct. I’m not looking for validation from other VC firms at all. I’m not interested in marking up a portfolio of companies. I’m interested in these companies being very large and having impact.

If you look our history with our deals in SpaceX and Palantir — I don’t know how many rounds of Palantir we did without anybody else wanting to join. But at some point, there was a turning point. Suddenly lots of people were asking about how to get into Palantir.

It’s interesting to see second or third-time entrepreneurs like Josh Kushner and Max Ventilla coming in and working on much more complex societal and structural problems, beyond building social or mobile apps. Do you think that’s a trend?

It takes a certain type of entrepreneur that has a track record that is provably really, really good to raise capital. I hope it’s a trend.

What’s best advice you have for working with regulators?

You have to take a slightly different approach than Uber with what we’re doing.

You can’t go in and break stuff on schools.

You can’t go in and then ask for forgiveness with schools. We take these responsibilities extraordinarily seriously.

You have to work really well with regulators. It’s the same in the insurance space, which is one of the most heavily regulated areas on Earth.

I think that’s something that we believe in that’s contrary to what a lot of Silicon Valley believes.

Regulators are not the enemy. There are reasons for the regulations to exist. The best entrepreneurs are the one who can work well with engineers and with regulators. It takes a certain skill set to do that.

In 5 to 10 years, what do you hope both companies look like?

The goal of Altschool is to enable human teachers to run a totally different style of classroom that gets a much better education for all children at a much cheaper price point. We have to start with private schools because that’s what you have to do.

But long-term, I do hope that Altschool will be powering many other kinds of private, charter and public schools.

Public education is not free. Taxpayers pay for it, so getting a better, scalable education at a price point that is lower is one of the best goals you can have in society. The goal of Altschool is not to educate a couple of private school kids. We’re fine with this taking a long, long time.

We started with the goal of actually knowing how to interact with your insurance company and having it make sense to you. We want you going to a place where all of your health-related questions and results are in one space that is actually enjoyable to deal with.

I think of Oscar as the point of contact for all health care management and it leading to much, much better outcomes at a cheaper price point.

When you call these complex coordination problems, what do you mean by that?

I mean, how do you open a school? You have to go through a planning approval process. Or how do you run an insurance company?

How do you look at timing in terms of raising these big rounds? Rates are at historic lows, which arguably is attracting different kinds of capital into late-stage markets for privately-held companies. But this may change in the next year.

I don’t ever try and time a market. I consider myself a good micro investor. I am not a macro investor.

Both companies are going to be use the capital to expand, whether that’s vertically or horizontally. It’s not just a war chest for a rainy day.

Peter Thiel, one of the creators of Founders Fund, is a self-professed libertarian. How does that square with working in these highly-regulated areas where government is either a large-scale provider of these services or tightly regulates private providers?

I can’t speak for Peter. But government and regulations are a reality. Both of these companies are playing within the current U.S. system.

Separately, you can try and make more sweeping changes, but these companies are not charged with voting on the ACA or shifting to a single-payer health care system. We’re doing the best we can within the actual current systems.

Also, regardless of whether you’re a libertarian or not, we care a huge amount about American society and the world. The reasons that we’re venture capitalists is because we believe that for-profit companies run by amazing entrepreneurs are some of the best ways to make positive change.

You can find entrepreneurs that know how to work within the system and separately, you can work to change the way system works. I do not think those are completely orthogonal. You have to have a realistic sense of what you’re doing.

How will you ultimately evaluate whether both of these companies are outperforming existing systems?

At the end of the day, there are going to be tests. There’s the Common Core. Altschool does not shy away from the benchmarks.

For Altschool, we’ll be looking at the number of kids that we can attract, as well as how the kids are tracking against common benchmarks and how well we can educate them.

Altschool doesn’t track metrics on ethnicity or race. But the black-white achievement gap, for example, is one of the more studied and debated issues in American K-12 education. Why would you approach it this way?

There’s no world in which Altschool will shy away from any certain population. Altschool wants to be a big deal. That being said, you’ve got to start in a certain place and then expand all over.

I think it will be extremely beneficial for all populations eventually. It’s absolutely not the goal to be for one population.

A similar question about Oscar. Suppose they’re attracting a younger, healthier demographic in their 20s and 30s. But the ACA caps profitability in certain ways so that insurers don’t go for the cheapest and most lucrative demographics.

Part of the ACA is designed to smooth out the curve between different types of customers and different insurers. Even though Oscar has attracted younger members, they’re playing within the system.

One thing that’s also interesting about both companies is that they are verticalized systems. An issue with many education and health tech companies is that distributing the product requires something like enterprise sales, because you have to do deals with large insurers or big urban public school districts. But Oscar is its own health care insurer. And Altschool is its own schooling system.

The iteration loop is tighter, like if you look at Kaiser Permanente, it’s more vertically integrated. If you have a tighter system, you can do a lot more. You can control the parts that go into a company. If you look at SpaceX, they weren’t as reliant on outsourcing. I love companies where the entrepreneur figures out efficiencies from the whole of the system.

What are the biggest regulatory risks to both companies?

With Altschool, they’re trying to to use the urban landscape as part of the school. We have to use facilities that the city already provides in parks and public space. With Oscar, all 50 states have very different regulations from each other. We’ve got to go through all 50 of them. It’s not a federal thing, so it’s pretty tricky.

If you were to look for another company like these in a different area, where would that be?

Altschool is a B-corp, rather than a conventional for-profit company. About half of its most recent round also came from philanthropic sources. Did that affect the way you invest in them at all?

But at the same time, you often have to make decisions where you’re not maximizing the bottom line in the short-term. If being a B-corp allows you to do that, that’s great.