Whitepages will today announce the acquisition of San Francisco-based NumberCop, in order to bolster its own abilities in detecting spam and scam calls within its Caller ID smartphone application. Prior to joining Whitepages, NumberCop was tracking over half a million actively spamming phone numbers involved with scams and text-based phishing. Its technology, starting now, will be integrated into the Caller ID app and into Whitepages Pro, the company’s web and API business.

The deal comes at a time when consumers are growing more concerned about their personal privacy, thanks in part to revelations about widespread government spying agendas involving data collected from online services, large-scale hacks across major retailers which compromised consumers’ private data, and ongoing scams like the IRS phone scam, which has caused thousands of Americans to lose millions by being duped.

In addition to scams, consumers are also increasingly pestered by telemarketers and robocalls on mobile, despite protections like the Do Not Call List. (PayPal recently got into hot water when customers discovered that a clause in its user agreement was opting them into robocalls, for example.)

In previous years, Caller ID technology was once a staple on consumers’ land lines, but on mobile, who’s calling is still sometimes a mystery. On Android devices, apps are better able to integrate with the underlying operating system in order to offer Caller ID and scam-detecting services for incoming calls, but on Apple devices it has been tougher.

In fact, Apple is only now addressing this issue with the upcoming release of iOS 9, which will include a feature that helps to identify unknown numbers by scanning your emails. This is only a partial solution, however, because it’s just helping to identify calls from those who you’ve communicated with, but hadn’t stored in your address book.

Meanwhile, app makers like Sequoia-backed Truecaller and others are working to solve the problem through third-party applications for both Android and iOS, but on the latter front have had to develop workarounds in order to help iOS users. 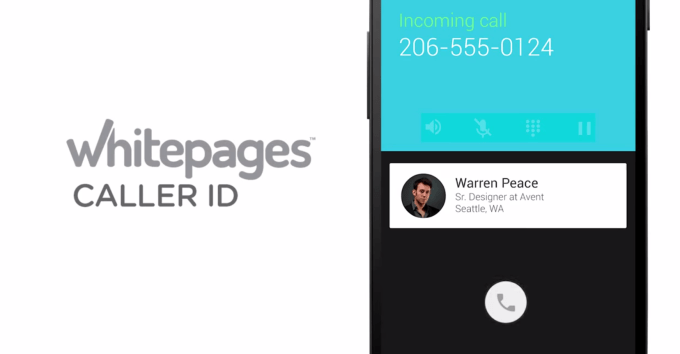 Whitepages, which today operates a handful of businesses in both the B2B and B2C spaces, after buying out its investors for $80 million in 2013, currently offers a Caller ID application for Android that tracks 20 million calls and texts daily for spam.

Whitepages says an iOS version of the Caller ID app is in the works. On Android, the app identifies unknown callers by name and lets consumers know if it’s a robocaller or a known fraudster. App users can also block calls and report numbers to Whitepages to help others potential victims.

That app is now being upgraded with the NumberCop technology, while NumberCop’s own app will be shut down by December 2015. The company’s enterprise clients will also be transitioned to Whitepages Pro.

Deal terms were not available, but CrunchBase doesn’t list any investors for NumberCop. In addition, NumberCop’s founder Jan Volzke, previously of Sony and Intel Security, will join Whitepages as Vice President of Reputation Services following the acquisition.