Google today announced yet another round of price cuts for its cloud computing platform, as well as a new instance type that will allow businesses to save even more on some of their cloud computing tasks.

Today’s cuts focus on the Compute Engine side of the service and include cuts of up to 30 percent for the smallest instances. A Micro instance on Google Cloud platform will now cost as little as $0.006 per hour under regular usage. For other instance types, the price cuts are somewhat less dramatic and range between 5 percent for High CPU instances and 20 percent for the Standard instances.

Google argues that these cuts mean “Google Cloud Platform is now 40 percent less expensive for many workloads.” As always, it’s worth taking those numbers with a grain of salt, but it’s clear that Google continues its push to bring cloud computing prices down and to compete with Amazon, Microsoft and the other cloud vendors on price. 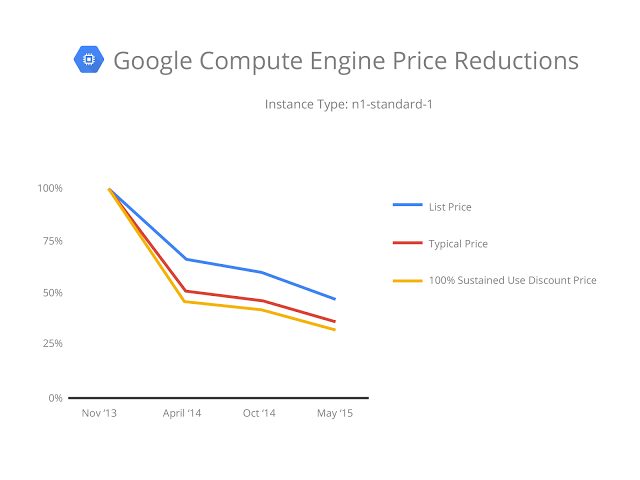 In return, however, Cloud Platform could terminate these instances when it needs the resources (with a 30-second warning). This means you probably only want to run your fault-tolerant services on these instances. Unlike similar spot pricing schemes, Google’s pricing is fixed, so users won’t have to worry about the prices changing on them. 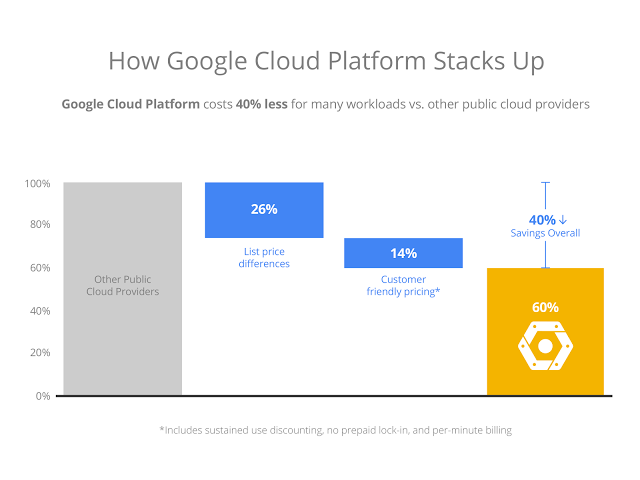