There’s Maker Media, MakerCon, MakerShed, Make: magazine and 131 Maker Faire events that take place throughout the world. Now the founders of all these Makers want a way to connect what they refer to as the “maker movement” online. So Maker Media created a social network called MakerSpace, a Facebook-like social network that connects participants of Maker Faire in one online community.

“Communities are built around strong cores and the core for us is the Maker Faire but you see so much during the faire that you can’t remember,” Maker Media CEO Gregg Brockway told TechCrunch over the phone. “We want to move that excitement and innovation online so you can connect with the makers on there.”

The new site will allow participants of the event to display their work online by making a profile page to host their projects. Interested parties are able to follow one another in the same way as a Tumblr profile and makers can also post the progress of their work that will appear in a Facebook-like newsfeed on the main page of MakerSpace so followers will know how projects are coming along. 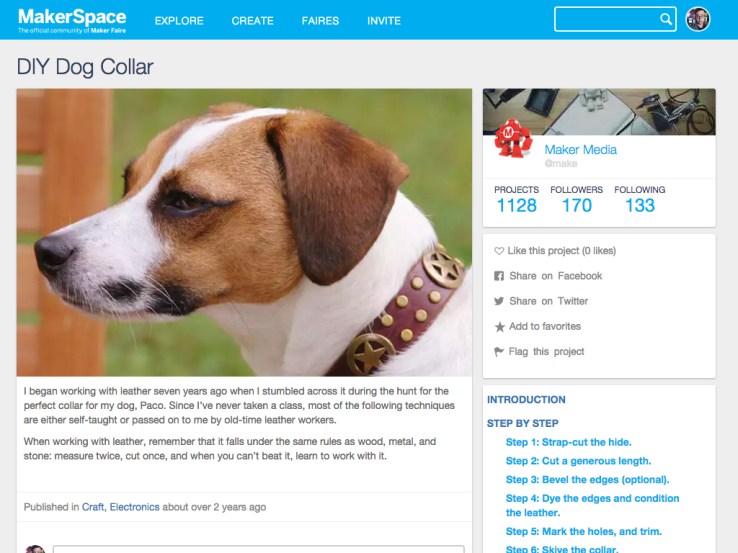 The site doesn’t currently include a way to sell projects like makers can on Etsy or Kickstarter, but Brockway and his team haven’t ruled out adding that element in the future. For now he hopes MakerSpace will be used as a resource for those involved in the maker movement to connect with one another.

We are all about developing and inspiring more makers and MakerSpace is a step in the right direction in building that foundation. Gregg Brockway, Maker Media CEO

While makers can’t currently sell their own work on the site, there is still a commercial element on the corporate end. MakerSpace will be used as a commerce platform for Maker Media to sell its book titles, Make: magazine, and items from the Maker Shed, the magazine’s online store. “They’ll all sort of flow together,” Maker Media founder Dale Dougherty said.

Maker Media expects to surpass one million attendees in total to its Maker Faires throughout the globe this year and there are already more than 1000 makers expected to participate in the Bay Area Maker Faire this weekend. Those numbers indicate that Maker Media will potentially have a robust audience to sell to on MakerSpace, should the majority of the Maker Faire community sign up and participate. 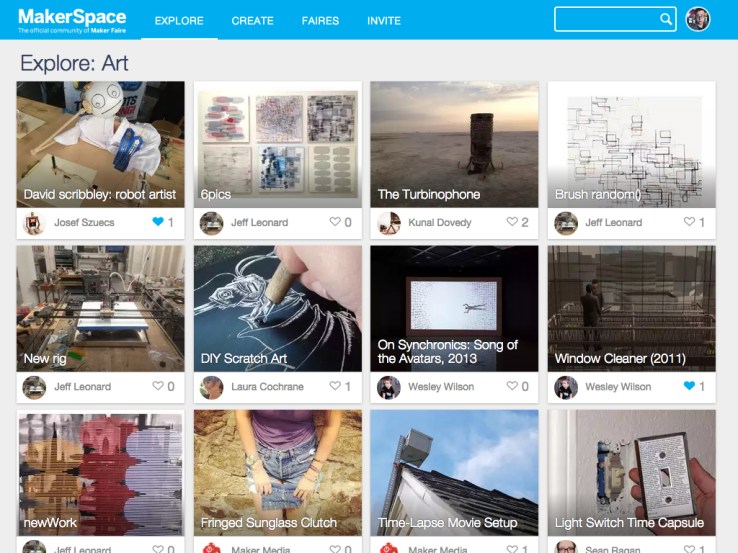 However, the key here is the incentive to participate on the site. It’s one thing to put up a project and follow up with posts of progress, but the site will need to do more to capture the attention of the maker audience in order to keep them coming back to make this work.

While Maker Faire does have a loyal following of those interested in the DIY movement, MakerSpace will still need that same “it” element to guarantee makers and those who love them will engage online. One way to do that would be to add a way to sell projects. Etsy, which recently went public, has already proven that people want to buy unique, handmade items and will support a maker platform.

Brockway is positive about the current plans to create an engaged community on the site and says this online community was the missing element. “We are all about developing and inspiring more makers and MakerSpace is a step in the right direction in building that foundation,” Brockway said.

The new online community is already off to a good start, with a couple thousand exhibitor test profiles from the Bay Area Maker Faire community, according to the Maker Media team. It now opens up for anyone interested in trying MakerSpace out in a limited beta this week starting today until May 18. The site will re-open to the general public later this year, though that date has not been set yet.