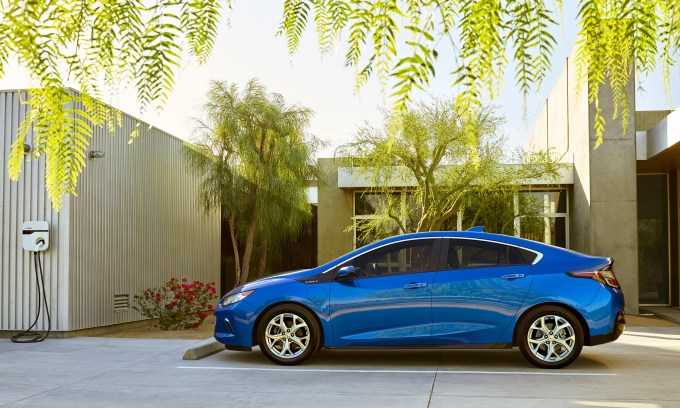 If you get the full $7,500 federal tax credit for electric vehicles, the new Volt will come in at $26,495. If you happen to live in California, state-level credits can bring that down to just $24,995. That’s newsworthy because it’s starting to dip into traditional hybrid price territory; if you look at the closest comparable offerings from Ford, Honda or Toyota, you’re looking at ~$25,000.

While those vehicles all get great mileage compared to similarly sized sedans powered solely by internal combustion, the Volt has a massive battery that lets you handle most trips on electricity alone.

One of the big selling points for the original Volt was that the vast majority of Americans’ commutes were less than the vehicle’s 40-mile range; the 2016 Volt’s battery allows you to keep going for up to 50 miles before the engine has to kick in to power the electric motor. Even with gas prices going down, the fact that you can go weeks without stopping at the pump means you’ll spend hundreds of dollars less on fuel each year in addition to saving a bunch of time.

If you don’t take the applicable state and federal tax credits into account, the 2016 Chevy Volt will come in at $33,995. That’s still $1,200 less than last year’s model, impressive considering the improved range — and the glacial pace of progress in battery technology.