Microsoft’s HoloLens has been in development for a few years, and Microsoft’s Alex Kipman said on stage at Build today that during that time, the hardware has improved by a couple of orders of magnitude due to advances in mobile processing, sensor and computer power and affordability.

Microsoft announced that it would offer developers at Build access to “hundreds” of HoloLens devices so that they can experience the technology first-hand. The company showed a video about its HoloLens hardware at the event today, giving us a closer look at its initial headset for the mixed-reality technology. It doesn’t require any external connections to PCs or smartphones, and it has all the camera and sensor equipment it needs built-in. 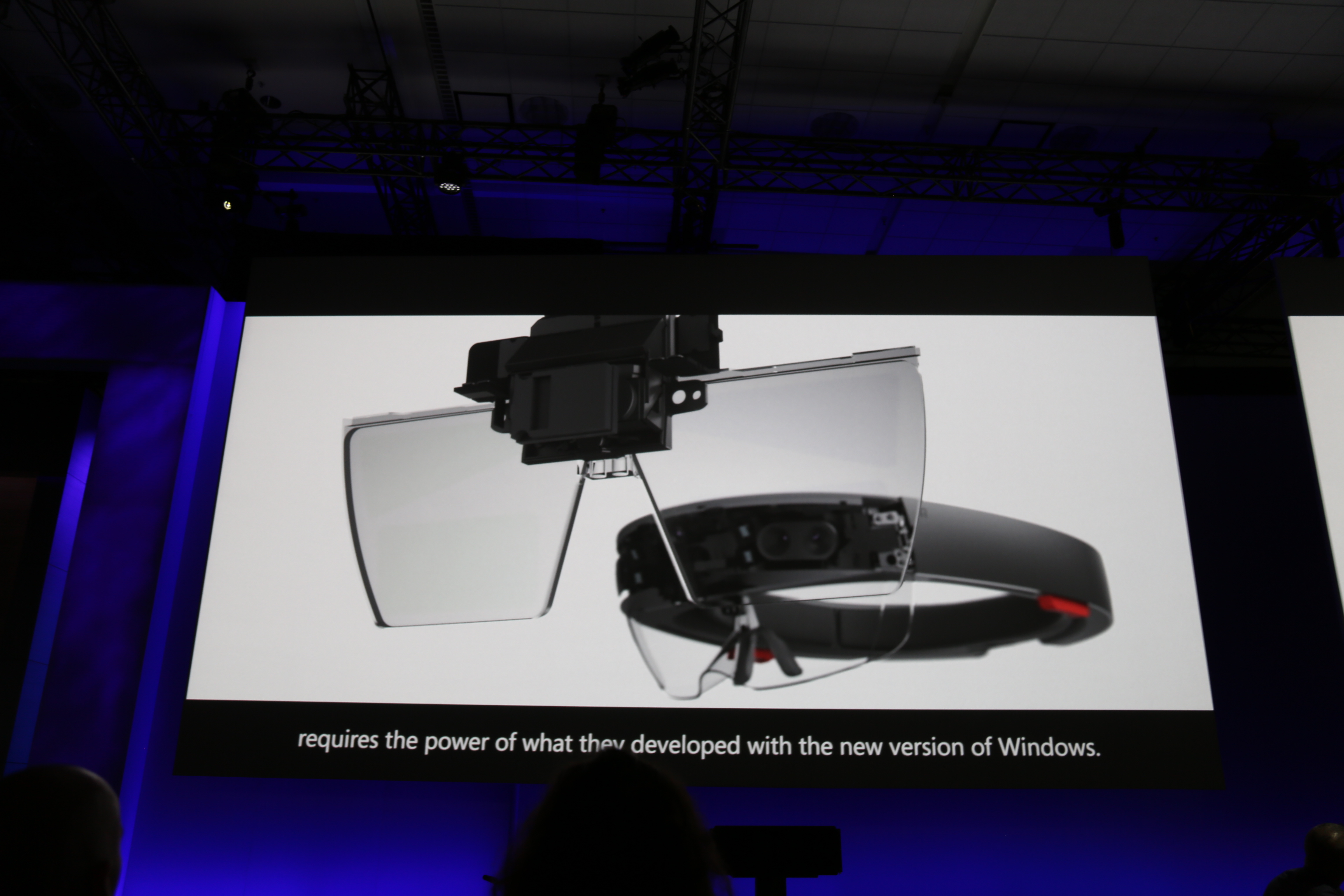 The hardware details came after a big demo on-stage of the HoloLens Windows Holographic software, including demos of how it might be used to explore human anatomy for medical purposes, and how it might work in tandem with Internet of Things devices.

Microsoft’s HoloLens can work with DIY robot kits, for instance, letting you view an advanced 3D animation representation of a robot avatar overlaid on a more basic, real-world wires-and-steel hobbyist machine, as well as access the robot’s software interface control panel at the same time. You therefore have your hardware and software both manipulable in an immersive, integrated, real-world environment.

Based on the demo, programmers working with robots will be able to easily program things like routes and paths in a what-you-see-is-what-you-get style, instead of using the more complex and abstract console-based programming methods that are commonly employed today.

Other aspects of the HoloLens demo included a look at how architects and planners can use it to collaborate on projects and how monitors and business can remotely watch for security issues and other potential problems before they get too serious.