We’ve also confirmed that Spring, the mobile shopping app from David Tisch, is part of the initial test of the platform with a limited set of brands. The company sent out an email yesterday offering Spring + UberRush for a limited time for brands such as illesteva, Bing Bang Jewelry, Phyllis + Rosie, Mack Weldon, Jinsoon, Industry Standard, Outdoor Voices and Negative Underwear.

Spring offers an interesting testing ground for this type of service, as it already has its own back-end for merchants to list the exact amount and type of inventory available on the Spring platform at any given time. Combined with Uber’s merchant program, those same vendors simply have to list the daily available inventory as opposed to weekly or monthly. 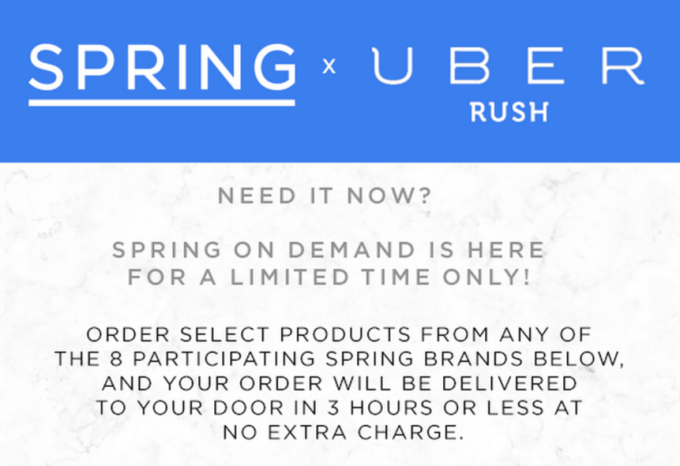 More traditional retailers, such as Neiman Marcus or Tiffany’s, will likely have a harder time transitioning to a system that requires data around exact inventory that is locally available throughout the day.

When reached for comment, an Uber spokesperson issued the following statement: “Experimenting and finding new, creative ways for the Uber app to provide even greater value to our riders and driver partners is a way of life at Uber. We have been piloting UberRUSH with multiple retailers for the last year.”

That might be true, and Uber has even publicized some of these experiments as early as last summer. However, the manual we’ve obtained points to broader ambitions by the company, since it has apparently built a separate app just for merchant deliveries.

From what we can gather from the manual, it seems that Uber drivers and couriers are currently taking merchant orders through a different app (and even a separate phone) than the one they use to receive regular UberRUSH orders. Eventually, however, Uber drivers will be able to take both human passengers and Uber Merchant orders at the same time through an intelligent routing system, all from a single driver-side app.

Uber has been getting deeper into the delivery space of late, with investments in delivering fresh produce with UberFresh, as well as the recent launch of UberEats in Chicago and New York (already available in Los Angeles and Barcelona), letting users order curated meals for lunch and dinner that are delivered curbside by UberEats drivers.

The company also launched a program called UberEssentials that delivered household goods to a user’s home on-demand, but that service was run as a limited test and eventually shuttered.

The merchant program seems to target higher-end brands with an online retail presence, offering the ability to deliver inventory that is locally available on the same day that a customer places the order. For an added fee, of course.

One source told TechCrunch that Uber’s original plan for merchant delivery focused on large e-commerce retailers like Amazon and eBay, but found that sourcing inventory from warehouses wasn’t worth the effort. Getting inventory from local stores, on the other hand, is possible as long as the vendor has control over the amount and type of inventory available in a single day.

It’s a difficult logistics business, but Uber has the built-in infrastructure with thousands of drivers and couriers to deliver this type of offering to merchants and, ultimately, consumers.

It’s not hard to imagine Uber combining these verticals — fresh food, restaurant food, home goods, online purchase orders, and more — into a single logistics framework that is dispatched to its thousands of drivers and couriers. A driver could theoretically have Johnny’s pizza in the front seat, Jenny’s new Louis Vuitton bag in the trunk, and you in the backseat.

Here’s the manual in full: 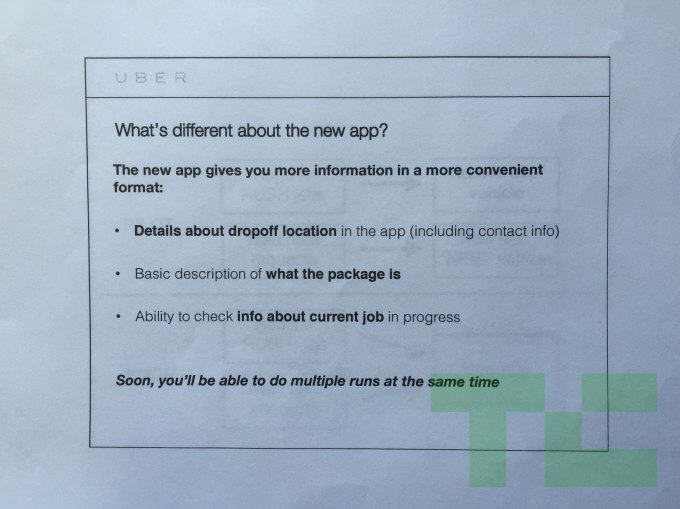 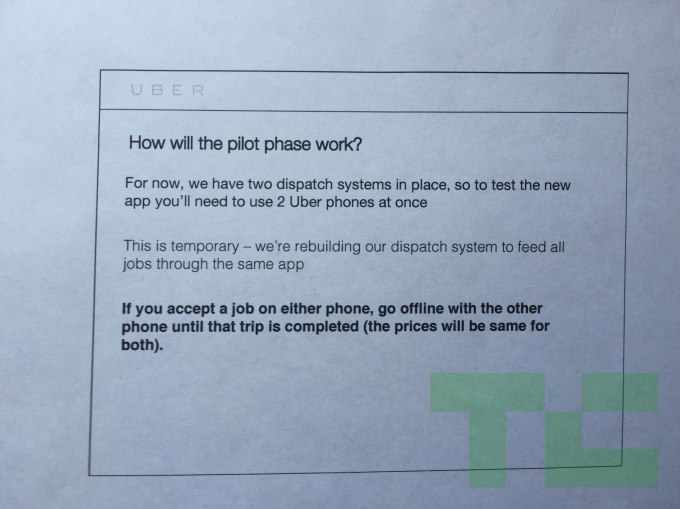 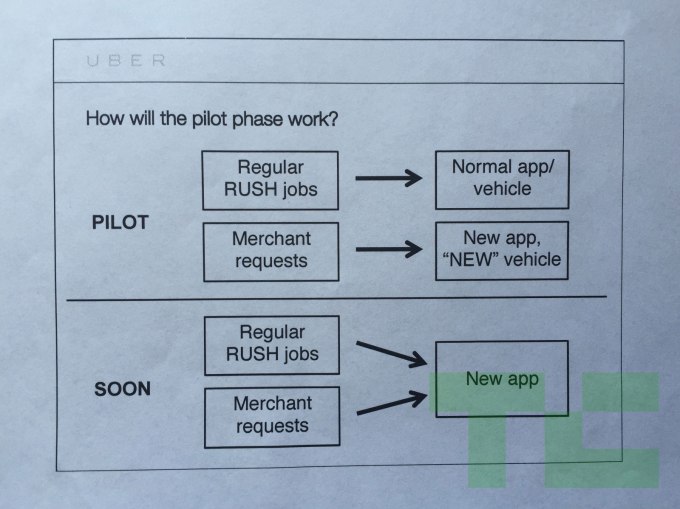 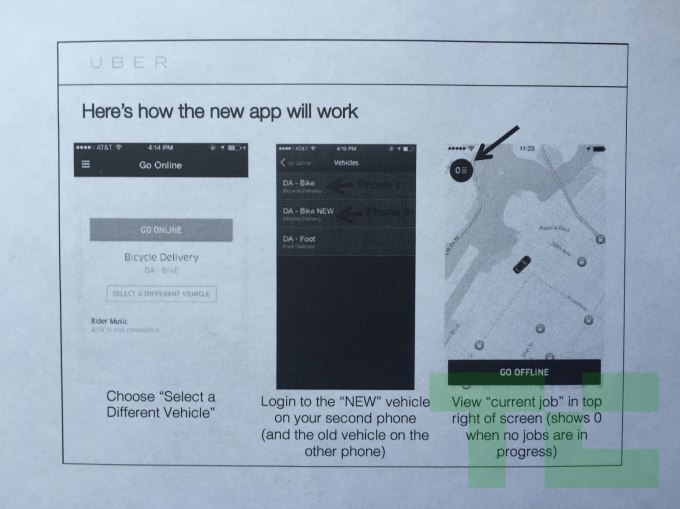 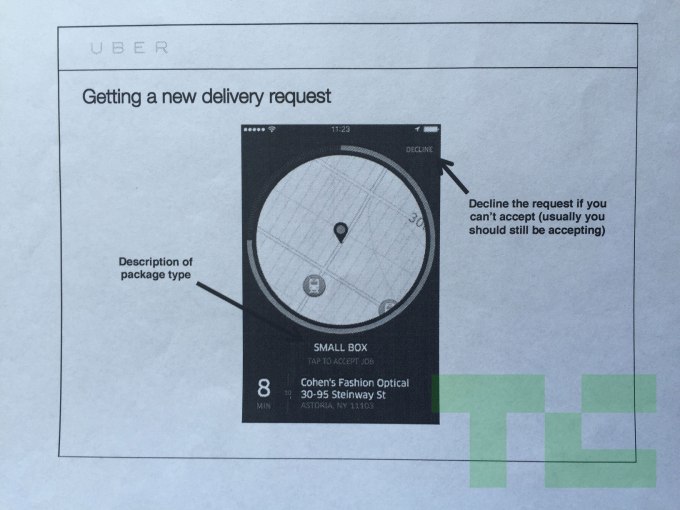 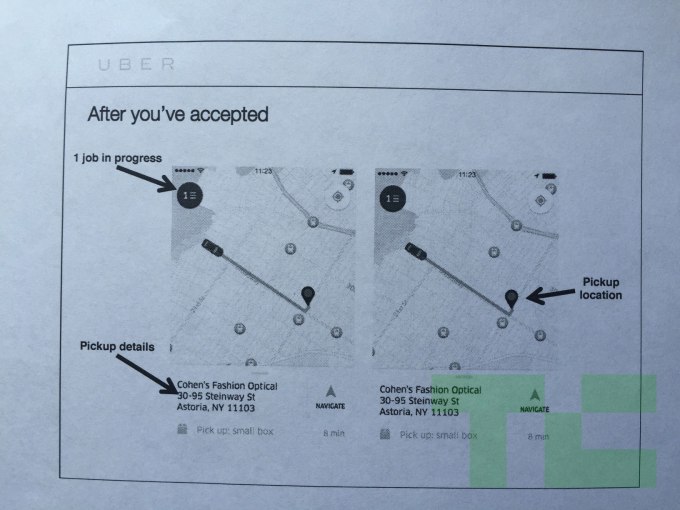 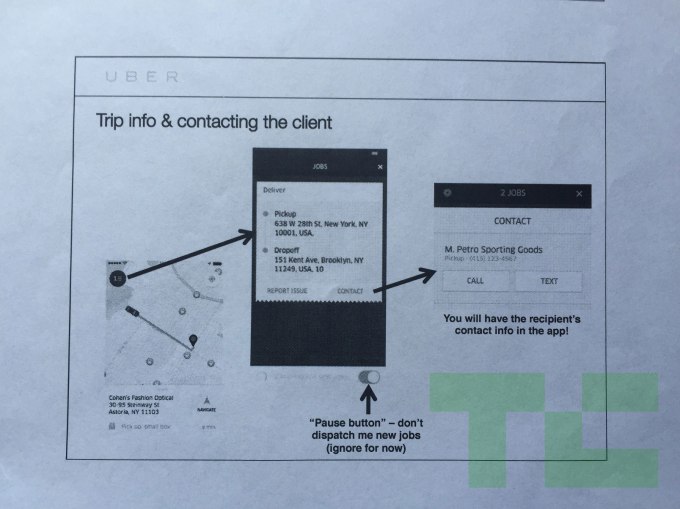 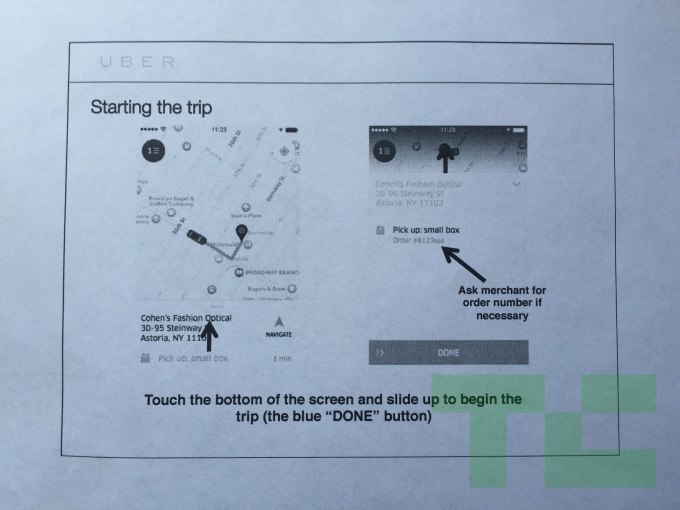 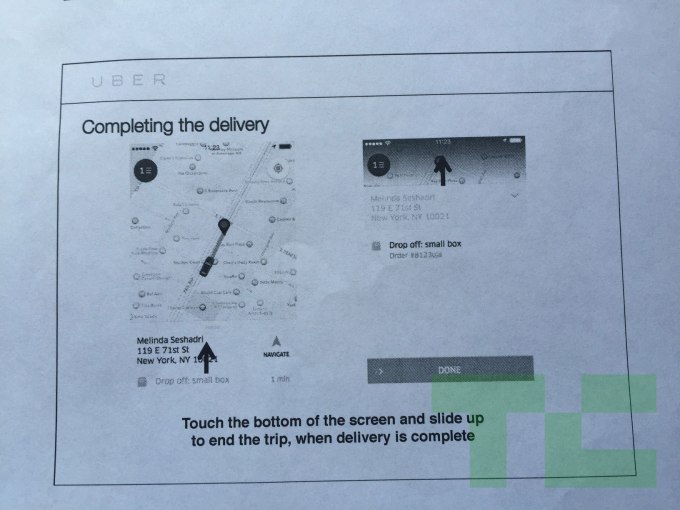 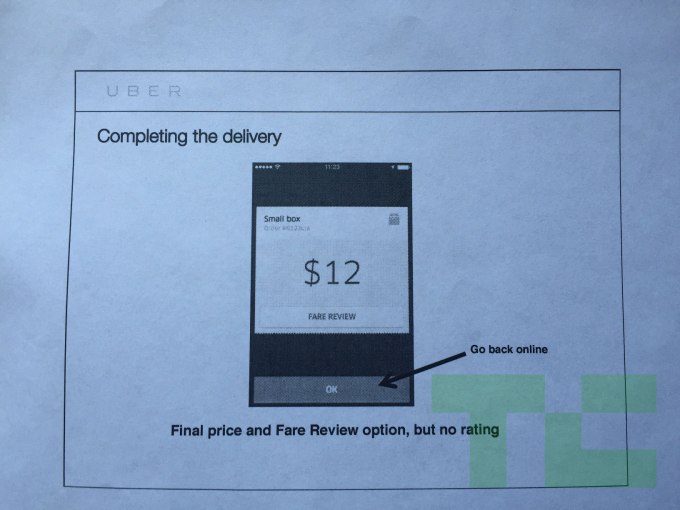 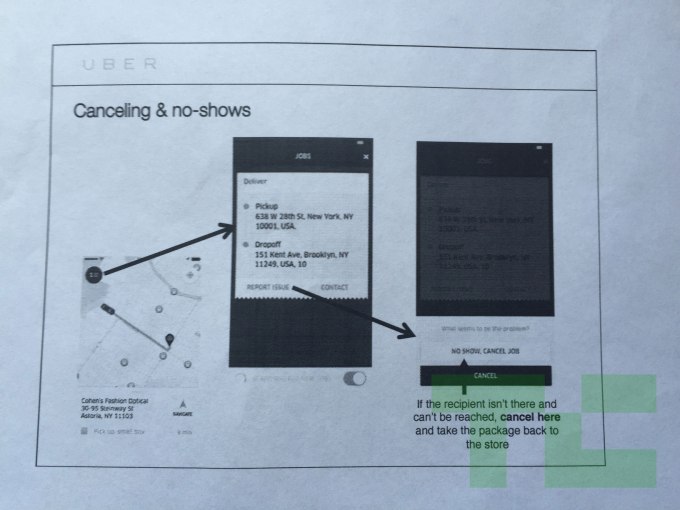 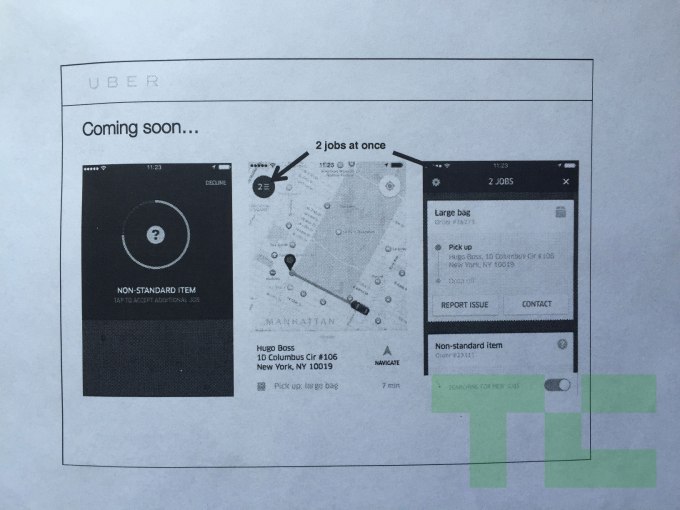