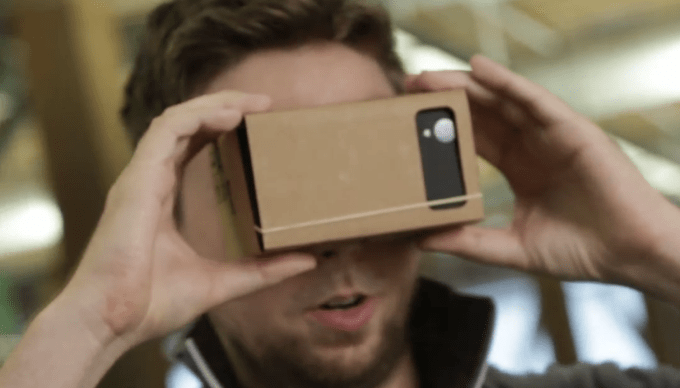 Google Cardboard has been a surprise hit among early adopters, giving an intentionally cheap, approachable device that opens the door to more people having their first virtual reality experience.

Providing affordable hardware for optics and input and a software layer that ties into the tools app and game developers already use has made Android a major destination for those looking to experiment in the space. It’s also inspired a wave of “competing” headsets that actually depend on the ecosystem building on top of it.

Today, Google is taking the lid off of a new certification program that will unify these disparate headsets under a single badge: “Works With Google Cardboard.” By following a few guidelines and giving Google a look at your headset, Google will certify a manufacturer’s headset design will work with all Cardboard software. It’ll also give certified manufacturers a tool for generating headset profiles, which will be placed on the headset itself as a QR code and scanned by the user in the Cardboard app. The Cardboard app will then adjust apps built on the SDK for parameters set by the manufacturer, like focal length, inputs available, and the distance between each lens.

Less than a year after Cardboard’s launch, there’s already a need for software to tie the ecosystem together. Just a few weeks in we started to see Cardboard clones that riff on the original’s open-source design, like the range of headsets from DODOcase and Knoxlabs. These replicate the Cardboard experience and price while introducing nicer materials and extras like capacitive input and mounts for the Leap Motion hand tracker. LG is even making a free one for those who buy its smartphones. If you’re willing to spend a bit (okay, like five times) more, you start to find headsets that leverage the content available because of Cardboard, but also bring their own major features. 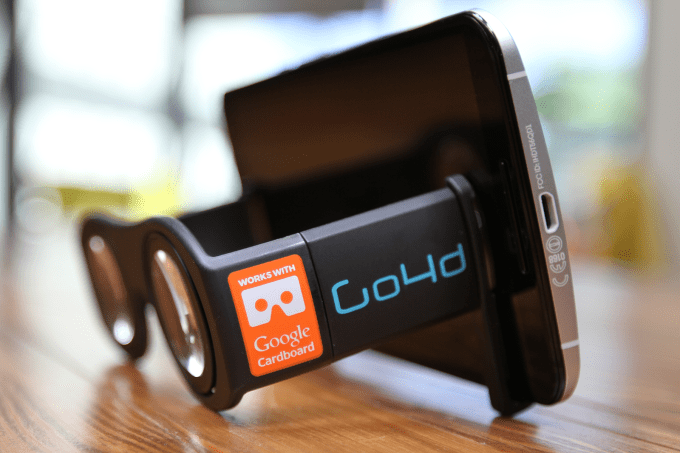 On that side of the spectrum, you see cases like the Wearality Sky, which hopes to provide a wider field of view that most consumer-tier headsets with amusingly large lenses. Also due out later this year: MergeVR’s Goggles, which has a comfortable foam mask and an SDK that makes it easier to integrate its included motion controller. To be frank, these headsets wouldn’t have a chance at decent adoption if not for the apps built for Cardboard: there simply wasn’t much reason to make VR software for phones outside of very niche 3D-printed setups.

These headsets depend on Cardboard apps to be useful at all (minus “exclusive” content that most “can’t talk about yet”), but because they differ so much from the original design, require a separate SDK to truly optimize for. Google’s new software profile could alleviate that, in exchange for tying your product to the search giant’s effort.

In addition to the new tools for manufacturers, Google is also rolling out updates to its Android and Unity SDKs that should improve the end-user experience. The new version will reduce in-app drift, where the view continues to move even when the user doesn’t move her head, and also enables more natural motion detection by simulating your head and neck. Developers just starting to experiment with virtual reality can also check out Google’s new design guidelines, which let you quickly catch up on best practices.

Google is rewarding the efforts of developers already publishing Cardboard-compatible apps by making them easier to discover in the Google Play Store, breaking them out into games, movies and music, and “experiences” (translation: like a game, but passive). While some startups have already started to use Cardboard and its clones to bring virtual reality apps to iOS (like Round.me, whose virtual tours aren’t even available on Android yet), Google still isn’t addressing how it’s going to treat Cardboard apps on Apple’s platform — despite supporting the cross-platform Unity game engine.

Most of Google’s efforts with Cardboard have focused on simply enabling the visual experience on your phone. Now, it seems they’re also looking at bringing immersive audio to mobile. Google Cardboard product manager Andrew Nartker says the company has acquired Thrive Audio, a small team from Trinity College Dublin that works on spatially engineering audio to enhance virtual reality applications. The Cardboard team is also looking at tools people might want to use when virtual reality becomes more mainstream, as Google has also acquired Tilt Brush, a VR painting application.