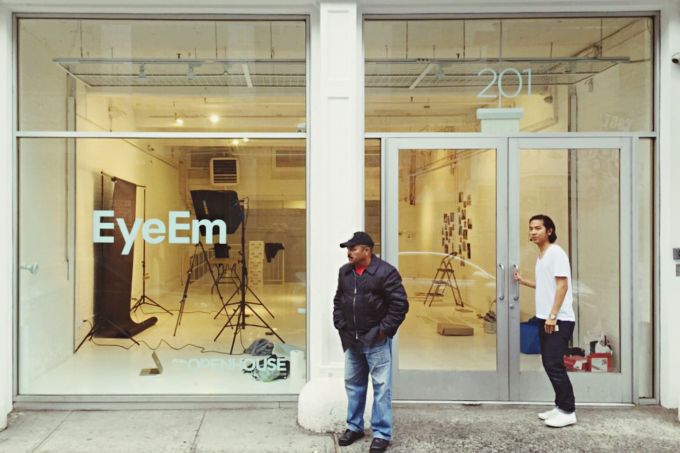 EyeEm’s marketplace leverages the app’s social aspect to generate content that feels truer than most stock photography, giving even amateur photographers a chance to monetize their hobby. To help find photos worth buying, the startup has been building out machine-learning algorithms that can identify aspects of photos that may be visually appealing.

As the company expands, EyeEm CEO Flo Meissner says the underlying tech is going to remain a focus. “The biggest problem in photography is not sharing an image,” he told TechCrunch. “It all comes back to understanding images. We want to index every photo in the world, and we want to give everyone in the world with a smartphone access to the marketplace.”

As it stands, EyeEm’s market has only launched in the United States. Meissner says the team is looking to expand to other markets in Europe, Asia and South America. Bringing the marketplace to those regions isn’t as simple as turning the feature on for existing users — the company has invested significant time building relationships with businesses and publications in need of quality photos, as well as rolling out “missions” to get people used to the idea of hunting photos as a challenge that could come with a monetary reward. It’s going to have to follow through with the same community-building efforts as it grows abroad to inspire similar interest and engagement.

New York-based Valar Ventures led the round, and Meissner writes that all of the startup’s previous investors (Earlybird Ventures, Passion Capital, Wellington Partners, Atlantic Labs and Open Ocean Capital) also participated in the round. In a call with TechCrunch, Valar partner Andrew McCormack said the team’s passion drew the firm’s attention, and that the “audacious” goal of indexing the world’s photos will pull startup through the challenges it will face as it enters new markets.