The trend in startup stock video and imagery services right now seems to be toward all-you-can eat plans. We recently saw the launch of StockUnlimited, which currently focuses on vector graphics; VideoBlocks follows a similar model for stock videos with plans that start at $99 per year. VideoBlocks has its aim squarely set at Shutterstock and other incumbents, though, and it is also launching a marketplace for one-off video purchases today that gives 100 percent of the commission from every sale to the video creator.

As VideoBlocks founder and CEO Joel Holland told me, the company can do this because it essentially follows the Costco model and plans to make most of its revenue from memberships. So in order to access the new marketplace, VideoBlocks users will have to have a regular membership, too. The typical one-off video will cost about $50 for an HD download and $199 for 4K videos. 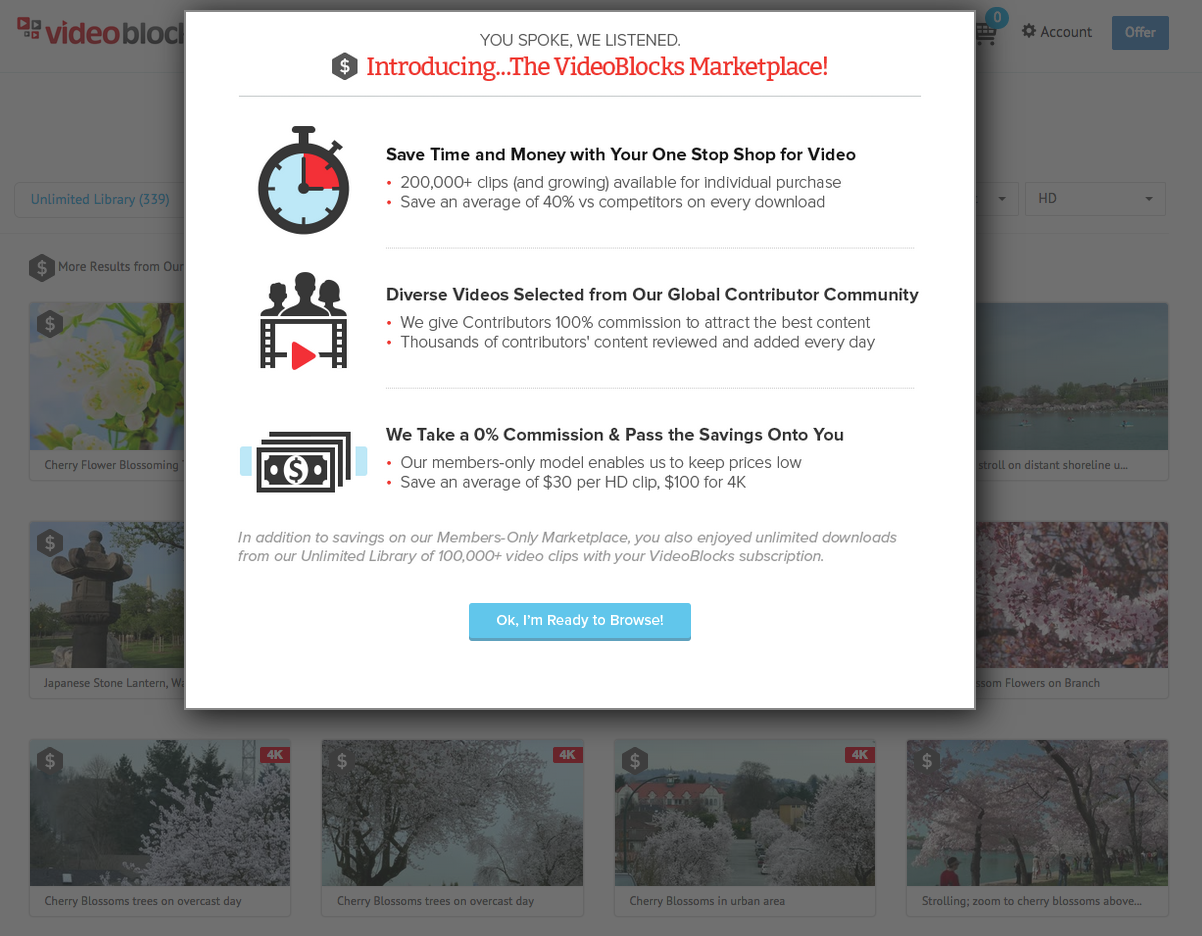 The service currently offers about 115,000 video clips in its unlimited library, Holland tells me. The company spent about $10 million to acquire these clips, but even though 115,000 is a large number, the company’s users have been asking for more clips. So in order to give users access to more clips and incentivize content producers to also offer their clips on its site, VideoBlocks hit upon the commission-free model that is essentially subsidized by memberships.

“We want to focus on the creators,” Holland said. “We feel like the guys who are doing all the work — they are not getting taken care of properly.” Content producers don’t typically sign any exclusive agreements, so they are free to offer their content on numerous services at the same time, but the marketplace typically keeps 70 percent (or more) of the sale price.

During its soft launch for content producers, VideoBlocks already added over 200,000 clips to its marketplace, so there is clearly some demand for this service from the creator’s perspective. It remains to be seen if VideoBlocks’ users — who are probably pretty value-conscious, given that they most likely joined the service for its all-you-can eat plan — will also adopt the marketplace, but the service will likely also see a bunch of new sign-ups because of its relatively low-priced, one-off offerings.