For years, YouTube has offered annotations as a way for video creators to add clickable text overlays to their videos as a way to boost engagement with viewers, provide more information, or help in navigation. But today, YouTube says it’s rolling out a new product called “Cards,” which will eventually replace the annotations product with a new interface that’s designed to work across screens, including mobile.

Cards are described as “an evolution of annotations,” the company explains, noting that they’ll continue to serve the same purpose of the earlier product – that is, offering viewers more information, or connecting them to related content, for example. However, as the name implies, these new annotations have more of card-style user interface – something Google has popularized across its products, including on services like Google+ or Google Now. These small, rectangular-shaped cards appear to the right of the video, and can be accessed with just a click. Today, there are six different card types being made available, which are accessible from the new “Cards” tab in the Video Editor. YouTube points to several examples of these, including videos demonstrating Merchandise, Fundraising, Video, Playlist, Associated Website and Fan Funding cards. These cards are applied on a per-video basis will work on both desktop and mobile, says YouTube. To use the cards, creators can provide a destination URL from a list of eligible sites, and, depending on the card type, can customize the image, title and call-to-action text.

The cards will appear first to viewers as a small teaser for a few seconds, which viewers can then click to access the card directly. Plus, at any other point in the video, a small icon appears when they hover over the video playing on the desktop or when the player controls are displaying on mobile. Viewers can click this icon to scroll through all the cards available on that video.

Viewers can also choose to ignore the teaser that appears, and it will go away allowing you to watch the video uninterrupted. 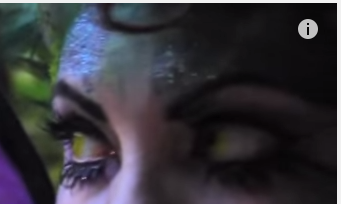 YouTube notes that over time, the plan is to not only help creators provide this enriched experience to viewers, but it will also optimize the system so that it shows the most relevant teasers and cards to viewers based on viewer’s behavior, performance, and the device viewers are using.

The cards will also support performance reporting via YouTube Analytics, and will be available on live streams.

While the current annotations system is not going away immediately, YouTube says that the plan is to eventually replace annotations with cards. But that won’t happen until the new cards can do everything that annotations can at the very least. Until then, YouTube is requesting feedback on cards, including what sort of features should be added in the future.