Google’s Chromebook Pixel has always been an aspirational machine meant to show off Chrome OS at its best. The new version, which Google announced today, continues this tradition.

If you were hoping for a complete redesign, you’ll be disappointed, but just like the old Pixel, the new Pixel is the best Chromebook money can buy. And at the new starting point of $999, it’s a better value, too.

Google has kept the best from the original Pixel and improved all of the issues we found with the first one — battery life being the most important of those.

Let’s get the basics out of the way first. The new Pixel will come in two variants: a $999 Core i5 (2.2 GHz Broadwell-U) version with 8GB of RAM (up from 4GB in the original) and a 32GB SSD, and a $1,299 Core i7 “LS” version (2.4 GHz Broadwell-U) with 16GB of RAM and a 64GB SSD. Both use Intel’s HD Graphics 5500 GPU and weigh in at 3.3 lbs. Even Google admits that the LS edition (which it says stands for “ludicrous speed”) may be overkill for most, but he also noted that developers will surely find ways to do interesting things with this additional power.

Both of these new models are Wi-Fi-only. This time around, there are no LTE models. As a Google spokesperson told me, the company found that most people were tethering to their phones and the company wanted to “put resources elsewhere.”

The first time you see the updated Chromebook Pixel, you’ll probably wonder if Google changed anything on the machine. On the outside, it looks almost exactly like the old one, with its understated aluminum housing and thin LED lightbar at the top of the lid. 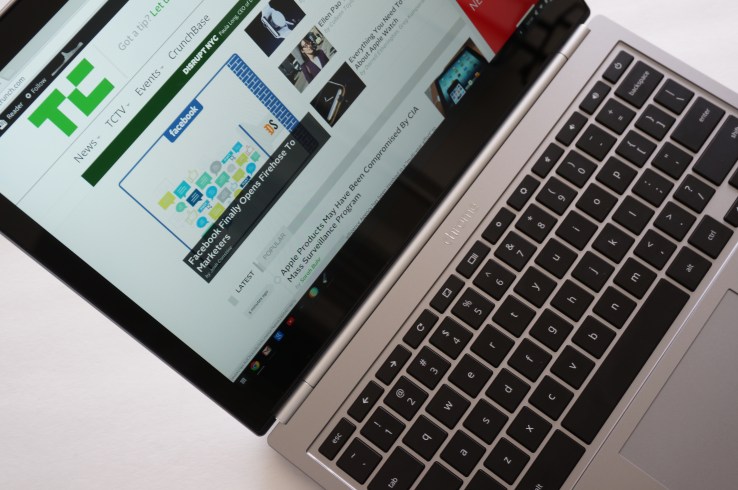 There are a few very small differences compared to the first version: The color of the metal housing is now a bit lighter, and the bottom of the laptop is kept off the ground with two lines of rubber at the front and back instead of four small nubs. But that’s it.

“We wanted to remain very honest to what we are trying to achieve,” Andrew Bowers, Google’s director of consumer hardware, told me when I asked him why Google decided to mostly stick with the original design. And that’s fair enough. Even today, the Pixel’s design looks pretty up-to-date and nobody is going to confuse it with a MacBook Air (it’s also too thick for that, though it’s now maybe a millimeter thinner than the original).

When you open the Pixel, you also won’t see any major changes, either. It still features the same good — and in my view slightly improved — keyboard, as well as the same beautiful (but also highly reflective) high-density 2560 x 1700 12.95-inch touchscreen display with a pixel density of 239 ppi (that’s a total of 4.3 million pixels).

It’s the inside of the Pixel that has been completely revamped. It now features a far more powerful 5th-generation Intel i5 processor. On Google’s Octane benchmark, the base model of the new Pixel scored 24,392 points compared to 21711 I got on the old one.

In daily usage, you probably won’t immediately notice this faster processor, but what you will notice is that the laptop remains cool at all times. The old Pixel would heat up pretty quickly under even the lightest load and the rather loud fans would kick in to cool it down. The new Pixel now has two fans, but I still haven’t been able to get them to kick in during normal usage.

Unlike Google’s earliest attempt at making its own Chromebook back in 2010, the Pixel still features a very responsive touchpad, too (and there’s no silliness around “Force Touch” here either). 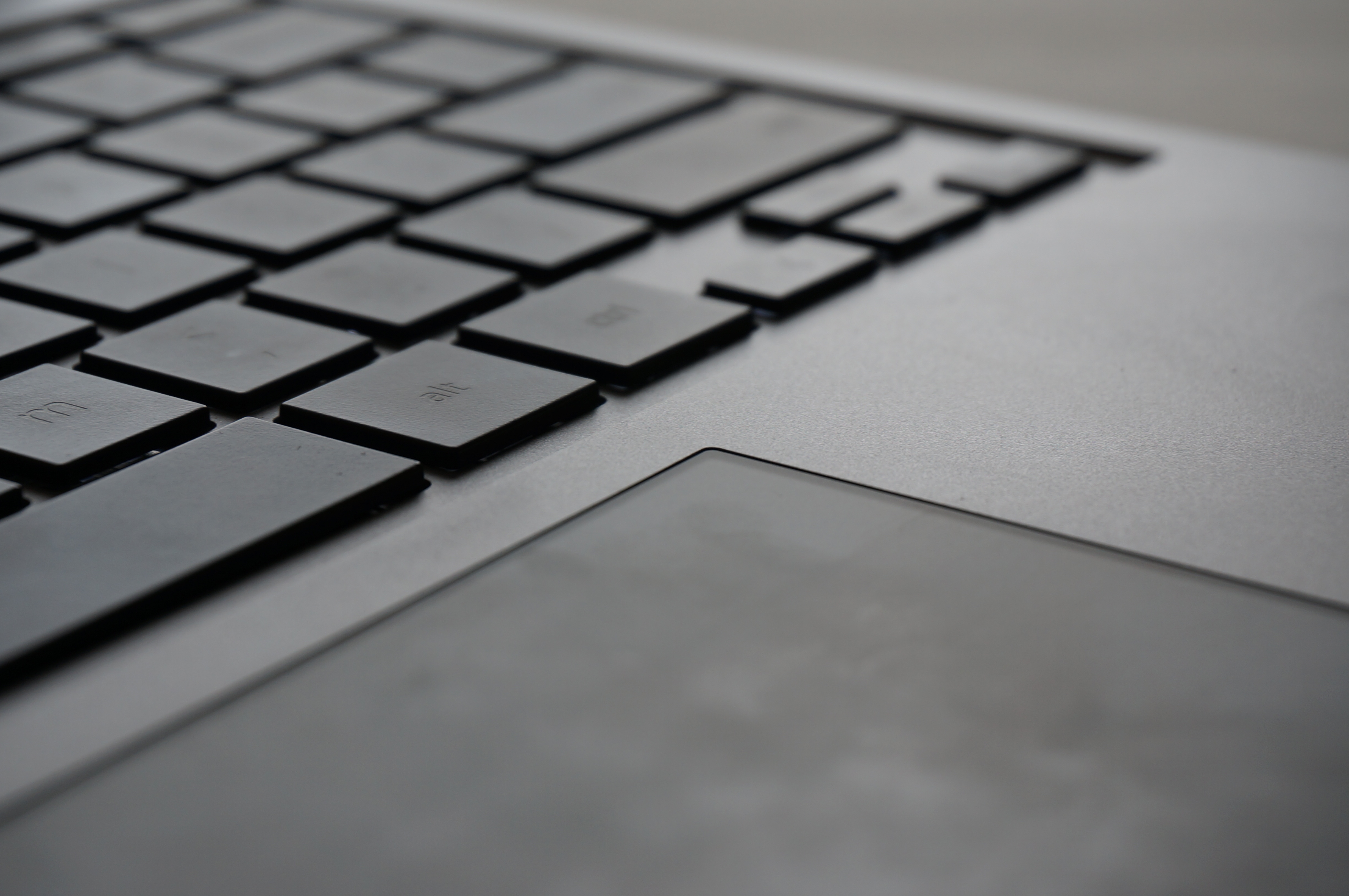 Also improved is the Pixel’s battery life. While the old one would die after about five hours, Google claims the new one will run for about 12 hours. I haven’t quite been able to match that in the week I spent with the device, but I have been able to get about 10 hours of work done before I had to plug it in. Thanks to that, you could easily get through a full workday with the new Pixel and get in an hour or two of couch browsing. 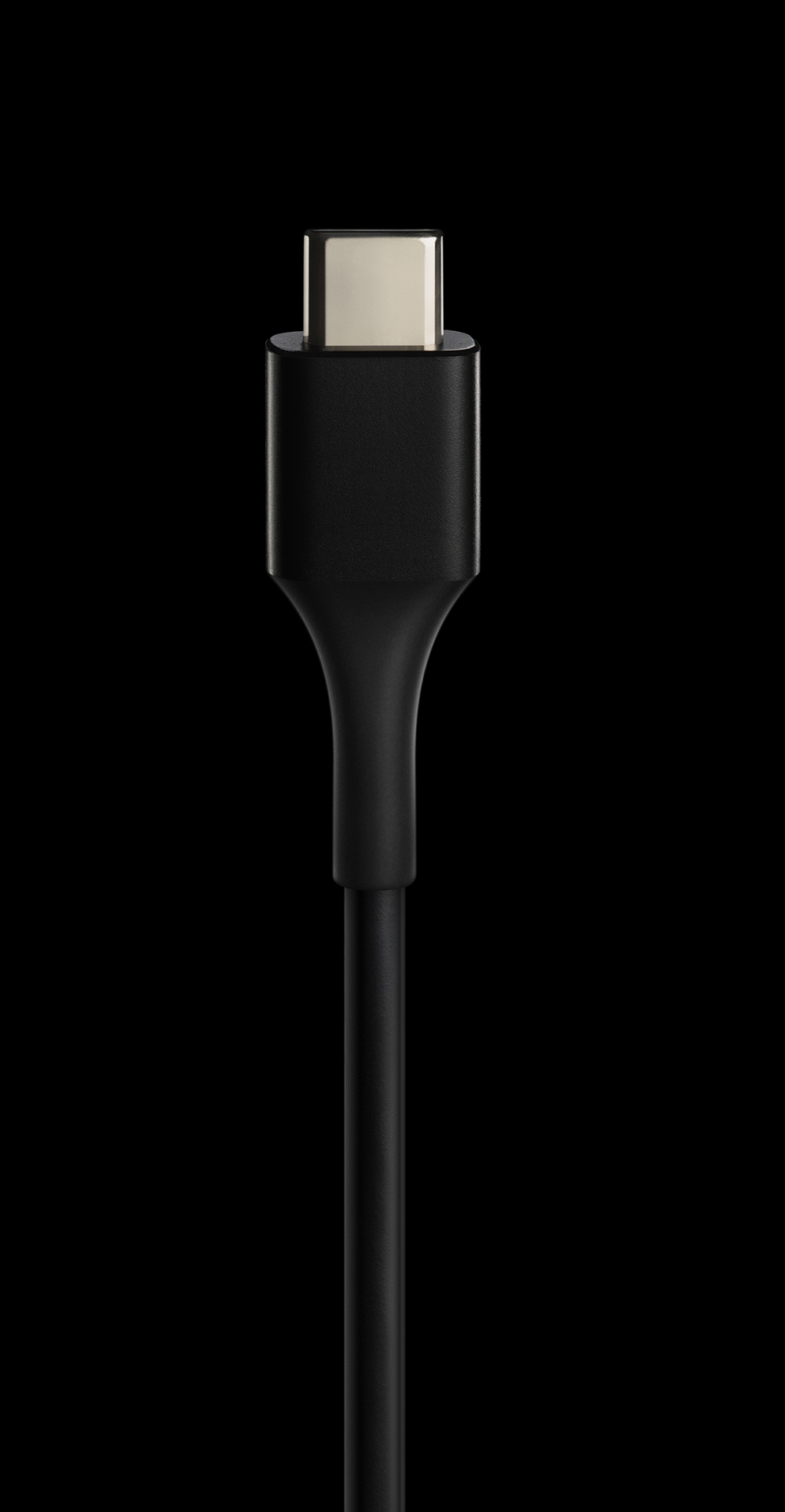 To get to this kind of battery life, Google employed a couple of interesting strategies. The screen now uses content-adoptive backlight, for example, and it features a relatively new technology called panel self-refresh, which allows the GPU to save a bit of power when there isn’t a lot of fast-moving content on the screen. The keyboard backlight, too, will dim when you don’t use it for more than 30 seconds and then automatically turns on again when you start typing.

You could easily get through a full workday with the new Pixel and still get in an hour or two of couch browsing.

The new Pixel now features a nifty fast-charging mode. With this, you can get about two hours of battery life out of a 15-minute charge. So when you are sitting at the airport and your Pixel is about to run out of juice because you forgot to charge at home, you can still get a decent amount of power into the battery before you board your plane (assuming you can find power, of course…). Charging the whole laptop takes about an hour-and-a-half.

The most interesting thing is how you charge, though. The Pixel now uses reversible USB Type-C ports on the left and right of the device, making this the first Chromebook — and of the first laptops in general — to support this next-gen version of USB.

Apple made a big deal about the new Type-C ports on its new Macbook earlier this week. But this is obviously an industry standard that many companies worked on, including Google, and it’s nice to see the industry come together to support this instead of the proprietary solutions that have dominated the laptop world for too long. 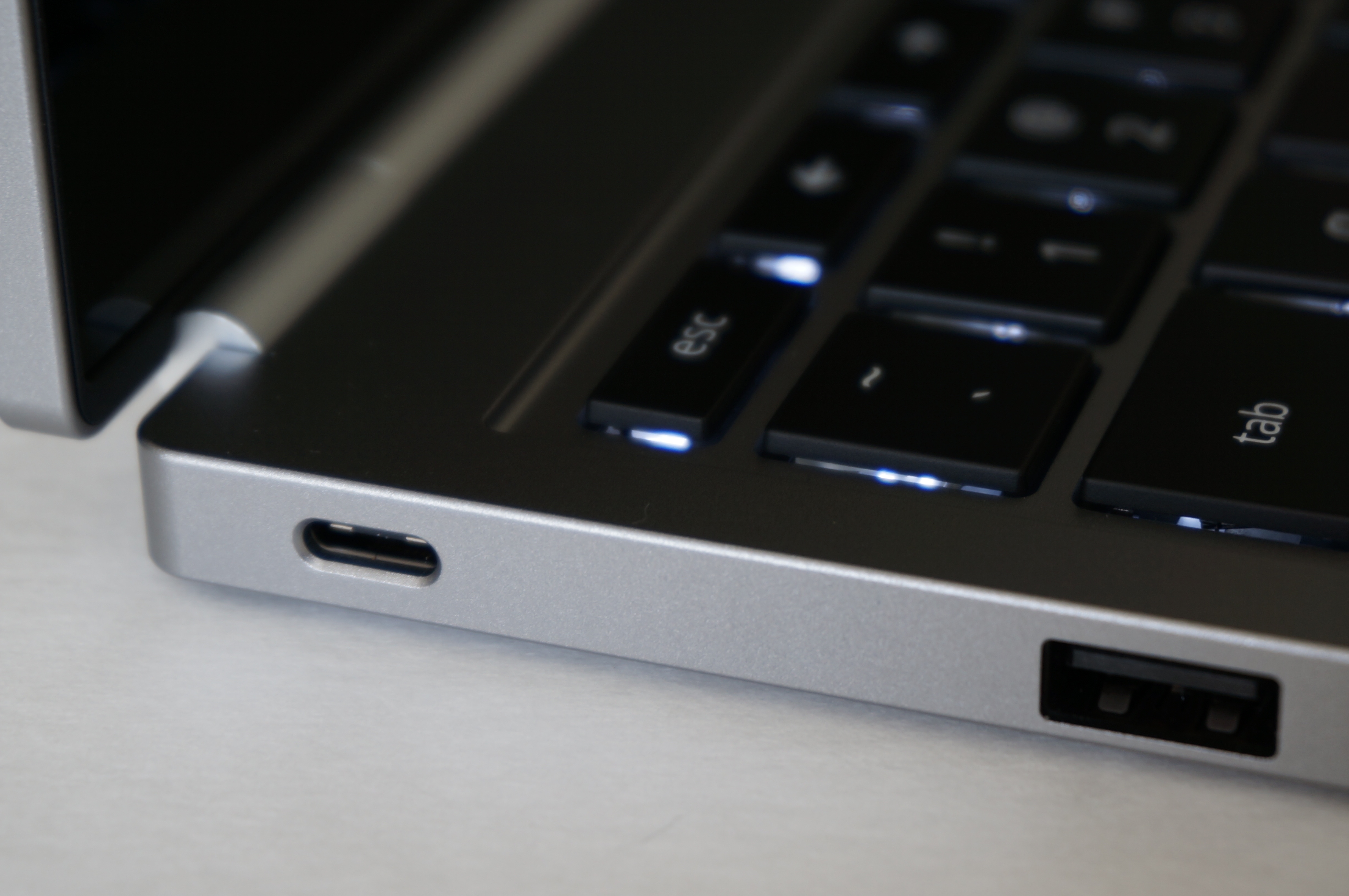 “I think the real innovation that debuting here is the idea of universal charging,” Bowers told me. Nobody wants to carry around half a dozen different types of chargers every day, after all. Google’s product manager for the Pixel Adam Rodriguez also noted that now that most phones have standardized on micro-USB chargers (except for our friends at Apple, of course), it’s time something similar happened for laptops, too. USB Type-C can provide up to 100W of power. That’s enough for a high-end laptop, and because there are a lot of smarts in this system, the charger can easily step down to provide power to smartphones, too.

Google is getting the details right here.

Type-C, of course, isn’t just about charging. It can also support displays and other peripherals through connectors. Google itself is launching a couple of these, including Type-C to USB, HDM and DisplayPort adapters. And because this is Google, the company is open-sourcing the hardware schematics of its adapters. Google provided us with a range of USB and display adapters for Display Port and HDMI. Suffice to say, they worked as promised. Google will charge $12.99 for its Type-C to the standard USB A plug cable and adapters. Adapters for HDMI and DisplayPort will cost $39.99. 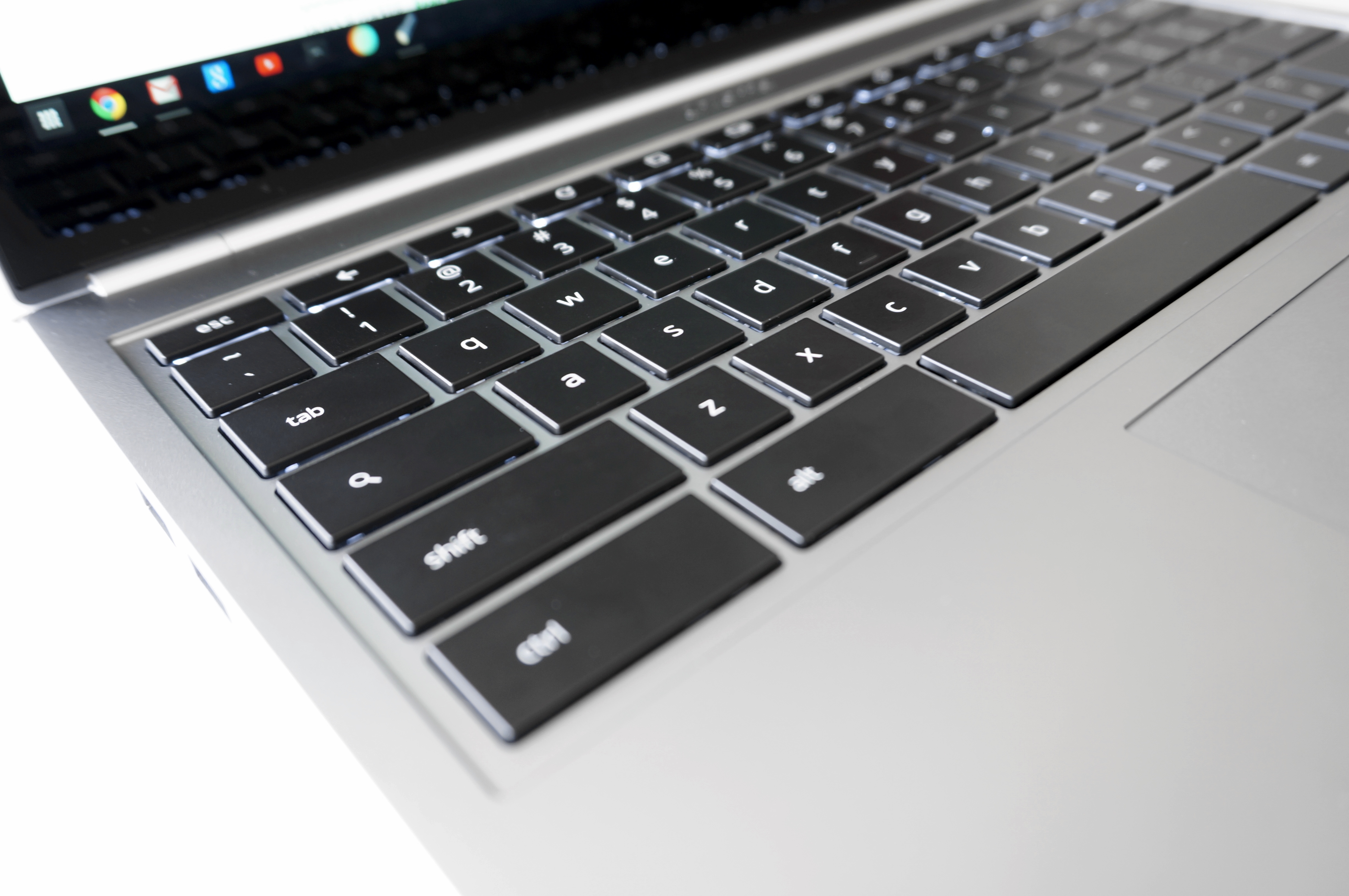 Just like the first Pixel, the new one also features a touch-enabled, high-resolution display. There are no major changes here, but Google says it has the new screen shows more vibrant colors thanks to an improved sRGB color gamut.

Chrome OS is starting to feel more like a fully featured operating system.

The one thing I don’t like about the screen is how reflective it is. In many situations, you can deal with that by bringing up the screen brightness (though you sacrifice battery life then), but this isn’t a laptop you want to work on outside when the sun is shining.

What I am a big fan of, however, is that Google stuck to its guns and kept the 3:2 aspect ratio. While 16:9 or 16:10 is pretty much the standard now, I much prefer having a higher screen over a wider one. There is still enough screen real estate for those who want to do so, especially if you turn up the display resolution to a still very usable 1600 x 1062. At the maximum native resolution of 2560 x 1700, things get a little bit small for my eyes. 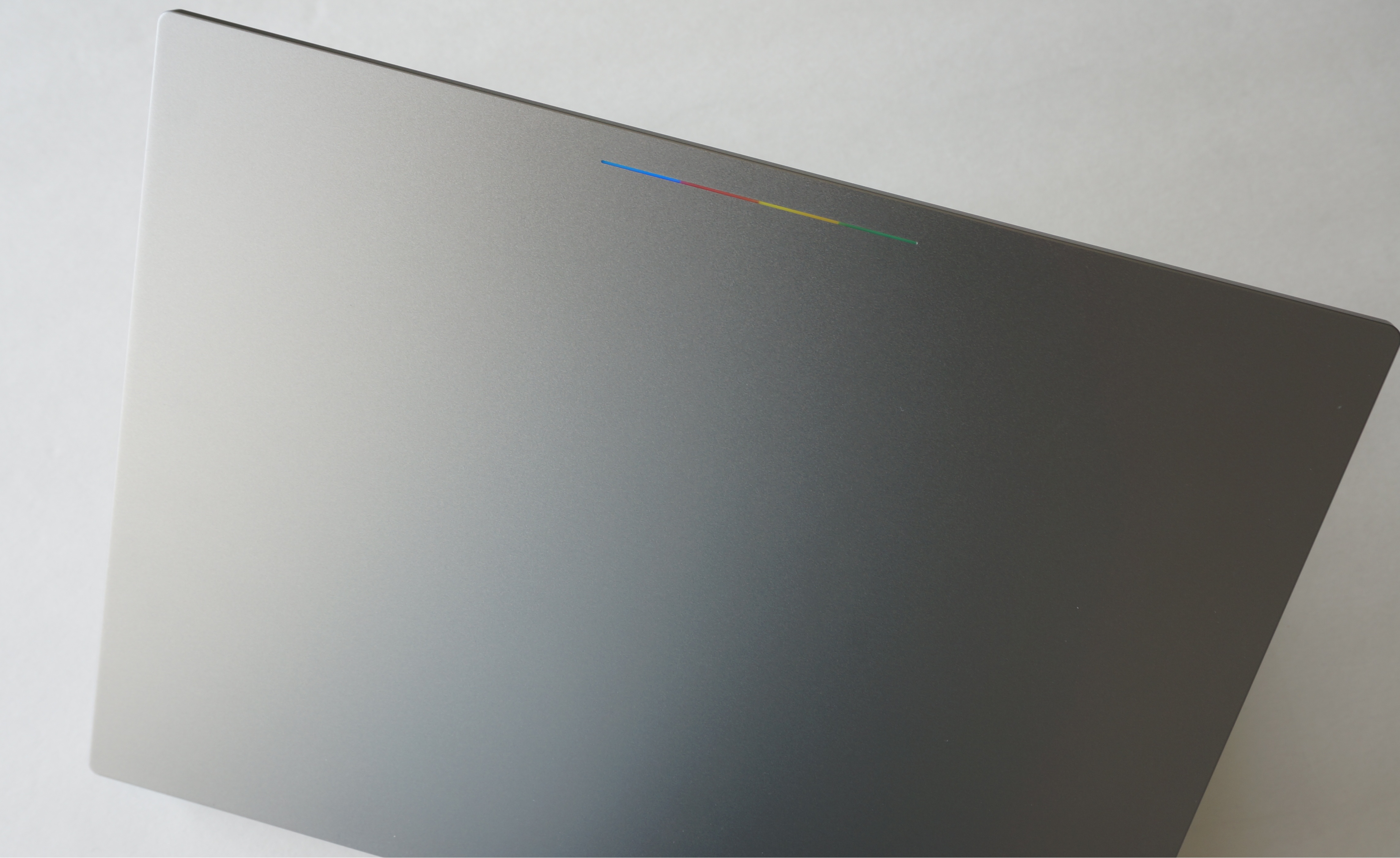 The lightbar on the lid of the Pixel is still its most distinct design element, but with this update, Google has also brought some functionality to it. When the lid is closed, you can now tap on the laptop and the lightbar will show you the current battery level. It’s a small feature, but it shows that Google is getting the details right here. Unlike in the previous version, the lightbar now also stays illuminated while you’re using the laptop.

If Chrome OS feels limited, you can always run Ubuntu on it and get all the benefits of the hardware without the limitations of Chrome OS. Thanks to Google’s recent updates, though, Chrome OS is starting to feel more like a fully featured operating system — even when you’re not online. You still have to content with the limited hard disk space, but for many developers — who are the target market for this machine —  disk space is less of an issue than processor power and battery life.

Google will be the first to admit that a high-end Chromebook has limited market appeal. Just like with the old Pixel, it’s probably best to judge it for what it is: a great ChromeBook and a price that (now) seems pretty fair for the hardware quality you get. 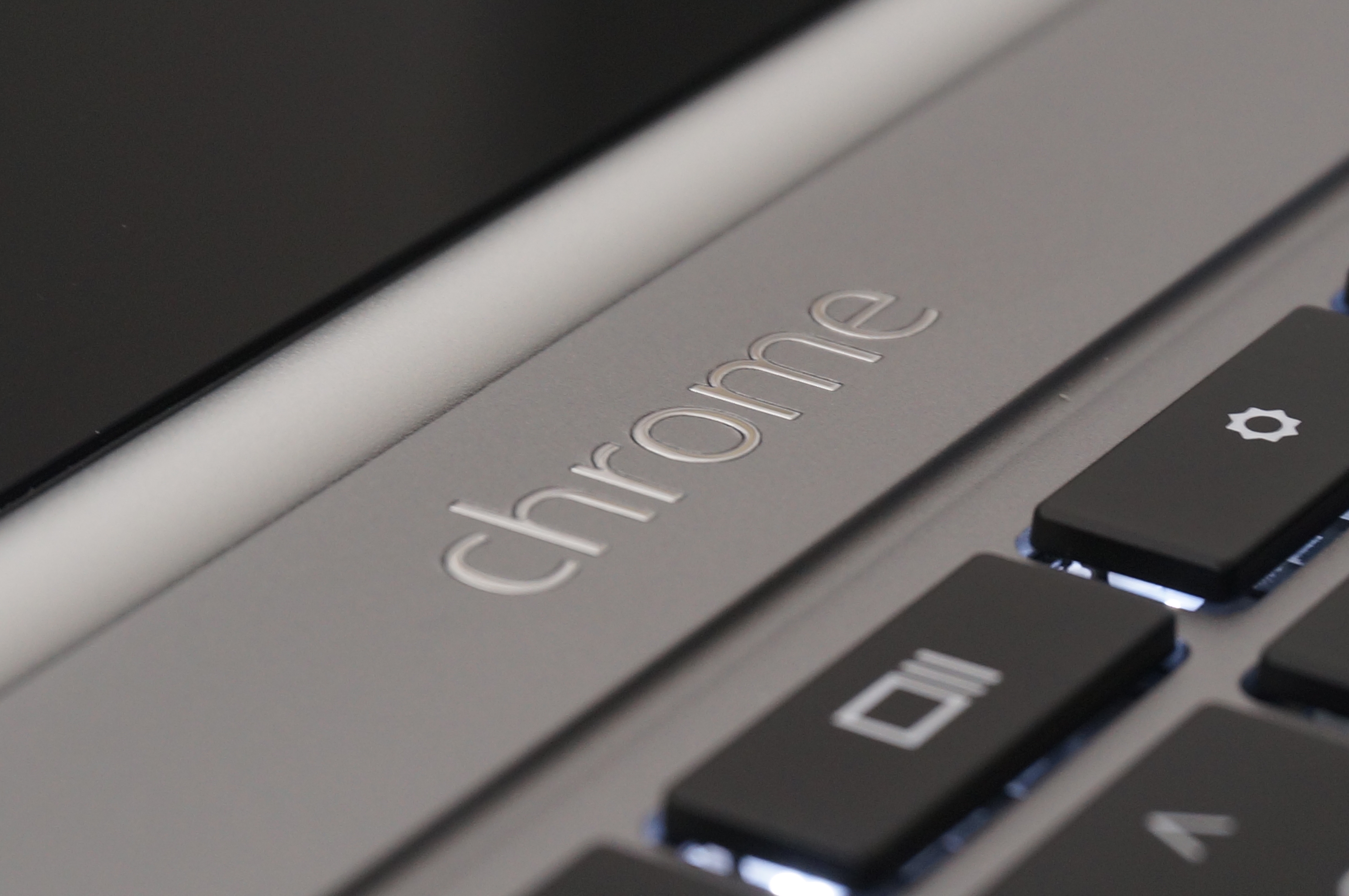