When you have an idea for an app, actually writing the app is often the fun part of the job. But once that’s done, you have to spend a lot of time on repetitive tasks like creating screenshots at the various resolutions Apple expects and setting up a landing page for your app. LaunchKit wants to make it easier for developers to get all of this done.

The company plans to launch a new tool for developers every couple of weeks. The team already launched an App Store screenshot template for Sketch earlier this year, for example, but this week, it launched a hosted version (so you don’t need to own the $99 Sketch app) that allows you to create App Store-ready screenshots (with captions) in minutes. You simply give it your high-res screenshot, add a caption, and it’ll automatically create App Store screenshots in all the resolutions Apple requires. The service is available for free. 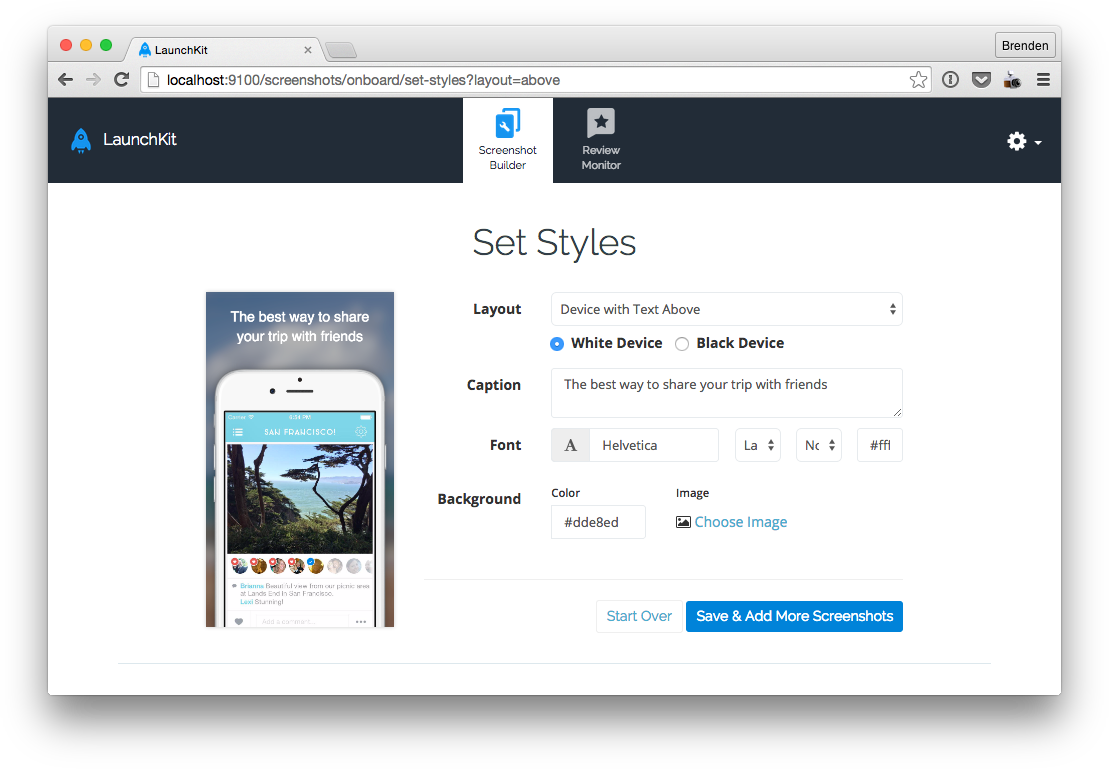 LaunchKit was founded by Brenden Mulligan, Taylor Hughes, and Riz Sattar, who previously also created the Cluster app together. As Mulligan told me, the team built up quite a bit of expertise in building apps over the years. Cluster Labs released seven App Store apps and five Android apps in the last two years.

The first LaunchKit product the team released was the Sketch template, followed by Review Monitor for keeping track of App Store reviews. The service now has about 1,500 users and tracks 5,000 apps.

“LaunchKit is the tool we wish existed when we were building Cluster, and stuff that’s helping us manage our Cluster apps,” Mulligan told me.

Going forward, the LaunchKit team plans to launch similar tools for helping developers create and manage app websites and keep track of their app metrics, for example. Mulligan tells me that most of these apps will have a free base layer, but some will include paid premium features, too.

In the end, the master plan is to wrap these tools into a bigger product, but Mulligan didn’t want to say all that much about that yet. For now, the screenshot tool alone is worth a look if you’re a budding app developer. 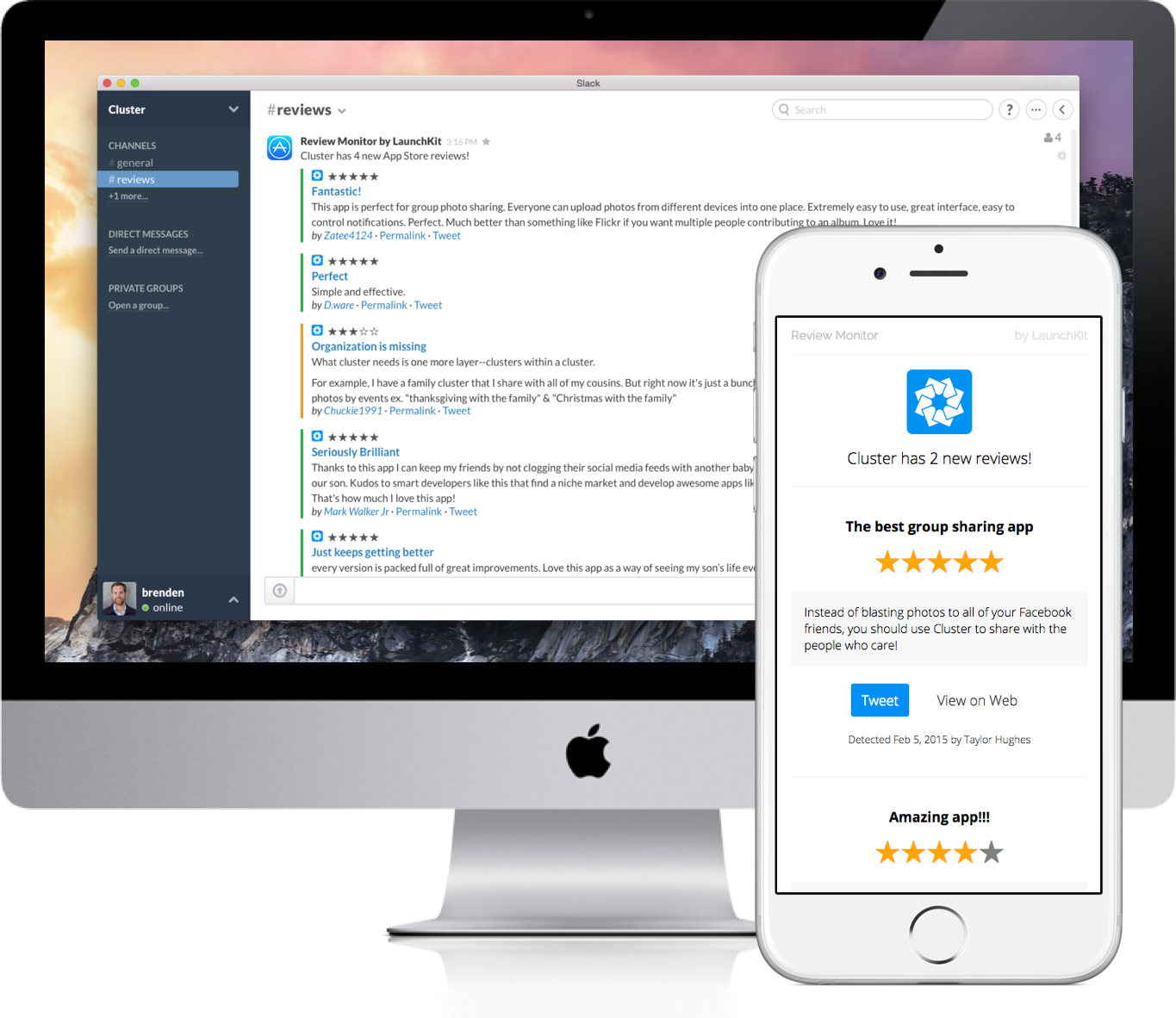