If the rise of anonymous apps has proven anything, it’s that humans can be ugly creatures when the social pressures that keep our baser natures in check are removed, and we’re allowed to share our darker sentiments and thoughts – sometimes, for nothing more than the cheap thrill of knowing they’ve caused others outrage. Case in point: Yik Yak, the latest app to take advantage of the powerful draw of anonymous postings as a means to quick growth – but whose “wild west” atmosphere has led to the app being banned on several college campuses around the U.S. in recent months.

It appears, however, that colleges aren’t the only ones that have an issue with Yik Yak. The app, as it turns out, has been delisted on Google Play since October 2014. That means that Android users can only surface the app via search, not by spotting it in the store’s top charts.

Before the apparent delisting on Google Play, Yik Yak was ranked #13 in the “Social” category on Google’s Android app store, and a decent enough #149 Overall.

The following day, the app was just gone from the charts entirely. It was unranked. (See below) 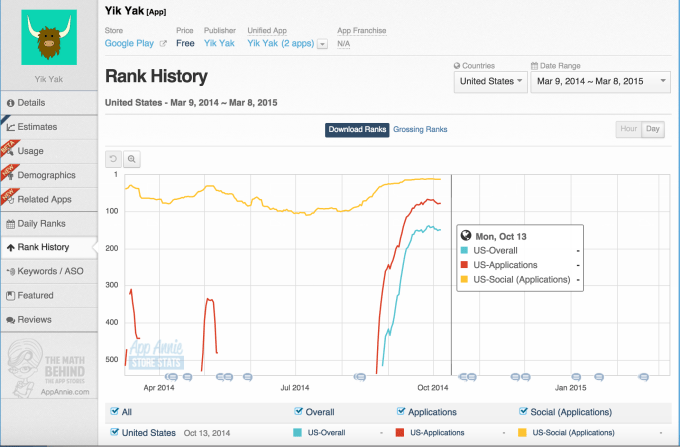 A chart from App Annie shows this event, and we’ve confirmed with the company the data is accurate. For an app to disappear from App Annie’s rankings, it has to be ranked lower than #1,500. It’s unheard of for a popular social app like Yik Yak to go from riding the top of the app store to dropping off like this without some sort of intervention.

While a mobile developer is able to delist their own app, that would make the app unavailable via search, too. For Yik Yak to be discoverable by search, as it currently is, that means Google had to be involved in its delisting.

Possibly, Google took this action due to Yik Yak’s violation of Google’s “hate speech” clause in its developer guidelines. According to Google’s “Developer Program Policies,” the company doesn’t allow content “advocating against groups of people based on their race or ethnic origin, religion, disability, gender, age, veteran status, or sexual orientation/gender identity.”

So why is the app live at all, given this rule? Perhaps because Google doesn’t want to go so far as to remove the popular application from its store – especially since Apple hasn’t done the same, despite often having stricter policies. (Neither Google nor Yik Yak would comment.).

Yik Yak, we should note, has declined some on iOS – it sharply dropped in its Overall rankings since last fall where it had maintained a steady position in the top 10 or 20 or sometimes 30. GigaOm also previously noted this decline occurred shortly after its funding.

But Yik Yak is still listed as #20 in Social and #162 Overall, as of yesterday. That means that Apple hasn’t delisted the app on its store, and may be, in part, the reason for Google’s hesitation to ban Yik Yak outright. Or Google could be waiting to see if Yik Yak’s new tools for moderating its content begin to work at some point. 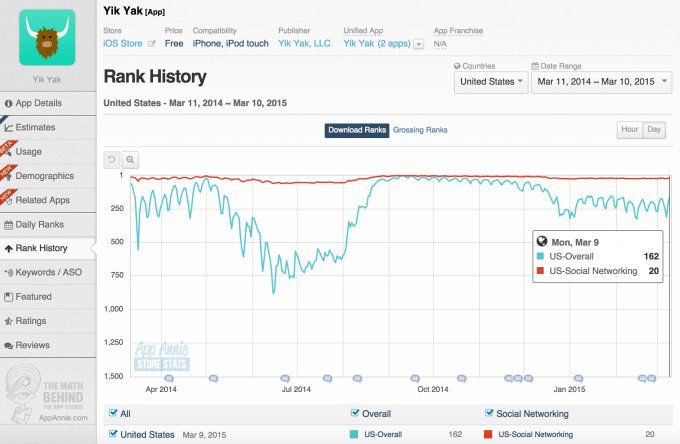 Yik Yak’s story and the controversies surrounding its content is not a new one.

The app, like Ask.fm before it, and in the web’s earlier days, MySpace, has been pointed to as a source of online bullying and harassment. The results of such bullying can have devastating consequences in younger users, as Ask.fm found out when its largely middle-to-high school audience became afflicted by a fairly significant number of teen suicides.

To its credit, Yik Yak attempted to stem the usage of its app by this younger demographic, even proactively implementing geofences to block the app on school campuses around the U.S. last spring. Its reasoning? Yik Yak was meant for adults, and the misuse by kids had besmirched its reputation with parents, teachers and other officials, leading schools to ban the app at a number of locations around the country.

Unfortunately, it turns out that “adults” aren’t much better when it comes to keeping it civilized while hiding behind anonymous accounts.

The app more recently has been banned at a growing number of college campuses, including Eastern Michigan, Utica College in New York, Vermont’s Norwich University, and others. Elsewhere, universities are dealing with calls to ban the app from their student populations, and are now choosing how to respond. 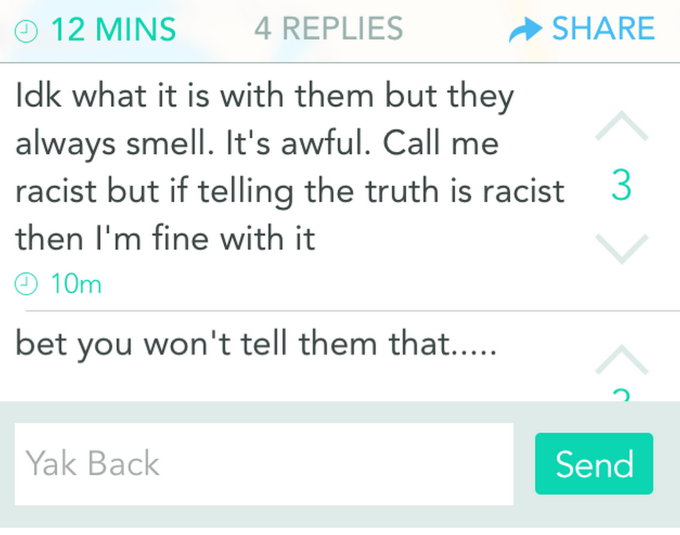 And an even larger number of schools are dealing with controversies related to hate speech and other offensive “yaks” on the service, including one where a poster threatened gang rape. Schools including Clemson, Emory, Colgate, the University of Texas, Kenyon College, and Miami University have been asked by students to ban Yik Yak, though in many cases, the universities have not acted on those requests.

In other cases, schools are aware of the abuses taking place, but are choosing not to take action. For example, Duke, has said it will not ban Yik Yak, as it “does not support censorship of any kind.

In Duke’s student-run publication The Chronicle, Dean of Students Sue Wasiolek explained that the university can’t really do anything to prevent harmful content from being spread on forums like Yik Yak, because as soon as one is shut down, another pops up in its place. 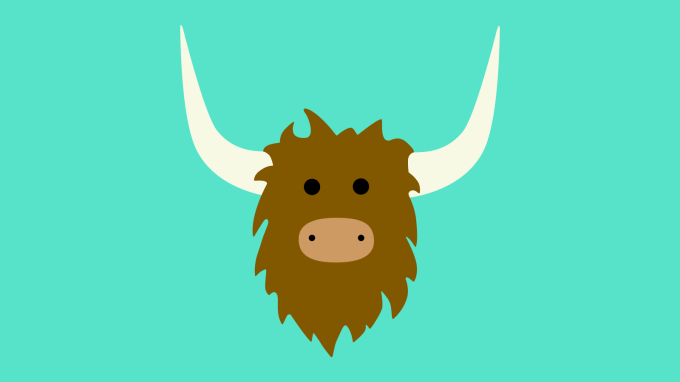 The university has dealt with this problem in the past, when a former Duke student created online gossip forum JuicyCampus. Another forum, CollegiateACB later took its place after JuicyCampus was shut down due to cyberbullying, and then it, too, was closed in 2014 following negative media attention, the paper noted. (JuicyCampus founder Matt Ivester recently told The NYT that when JuicyCampus was booming the world didn’t know the term “cyberbullying,” but the Yik Yak guys “should know better” by now.)

In addition the campus controversies, there are also petitions being organized online asking Google and Apple to remove the app from their respective app stores, calling the app “a gateway” that allows people to be cruel to one another.

While there are those who may argue that banning the app is an affront to free speech, it’s not quite that simple. Some of the content on the app is harmful, and not protected by the First Amendment, but other content is just silly, fun, or even useful. A blanket ban that censors the entire app, then, is overkill.

At Yik Yak, the company reports having filtering mechanisms in place and a round-the-clock team of moderators who review posts, so it’s not as if they’re unaware of the problems the app faces. It’s just, perhaps, that these systems are not good enough or fast enough yet, to review posts from the app’s millions of users.

Given how long Yik Yak has been unranked on Google Play, it’s unclear if or when it will return to the app store’s charts. It’s also unclear to what extent that will affect the app’s longer term growth – after all, the app has largely grown through word-of-mouth referrals, meaning college students and others are seeking it out, not just happening upon it.