Studypool, a 500 Startups-backed startup offering an online marketplace that connects students with tutors on a per question basis, has just closed on $1.2 million in seed funding, after growing its site to include some 22,000 tutors and nearly double that in terms of student users. The new round, which makes co-founder Richard Werbe the youngest founder ever to raise over a million at 500 Startups, was led by Lerer Hippeau Ventures.

In less than a year’s time, Studypool has seen 150,000 questions posted on its site plus another 50,000 pieces of other study-related content. The company is now closing in on a $1 million run rate, we’re told.

The concept for the service was initially dreamed up by two longtime friends, Studypool CEO Richard Werbe and co-founder and CTO Jiaming Zhong. The two had been building startups together since their teens, and Werbe even sold a company he created called Stockniche while still in high school. They began working on Studypool in spring of 2014, while sophomores in college – hacking on the site from their dorm rooms, and skipping weeks of classes to get it off the ground.

Within just a month of the site going live, Studypool already had thousands of users, which prompted the founders to drop out of college and move to California in order to focus on growing the company further. 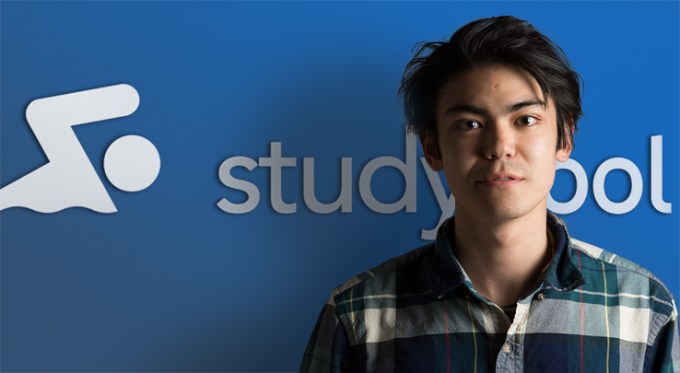 Studypool’s mission, explains Werbe, is to make accessing information as efficient as possible.

“Google does a really good job of doing that with general questions, but we want to be the platform that helps out with very specific question help – where you need explanations tailored to you,” he says. “We’re starting now with academia.”

On Studypool, students go online and pose the question they’re struggling with, and in minutes are matched with a tutor who can help. For more basic questions, the average response time is currently hovering around 8 minutes – which is down from the 10-11 minutes it saw only a few months ago. And Werbe says the goal is to bring those times down in the future as the user base grows and continues to return to the site.

While there are other online services designed to help students find tutors or take part in online education, what differentiates Studypool from a number of competitors is its focus on eliminating the friction in between asking a question and receiving help. To be clear, students are not paying to hire a tutor and booking time with them via Studypool – they’re just paying to get help with a specific question. 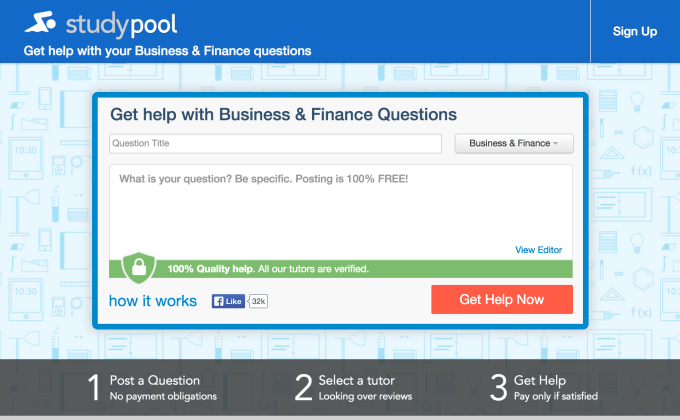 The business itself is styled as an open marketplace where tutors compete against each other on pricing, and where some of the easier questions on the site can be answered for only a dollar. Other, harder questions may be $5 or more. And some students are even asking for entire study guides, with even higher budgets. Studypool generates revenue by keeping a 20% margin on the questions that users pay to have answered. In time, the company may begin setting price points on questions, however.

Users on the site tend to be college students, but high schoolers are a growing user base, now accounting for 30% of the overall audience. The students tend to ask questions about math, economics, finance, business, and more recently, programming. While it’s too soon to say if Studypool will branch off to develop any of these focus areas as standalone services or communities, it’s one of many long-term possibilities on the table.

Studypool plans to put the seed funding to use to continue to grow it user base and develop its product, the latter which will include a redesign of the current website and the introduction of a native mobile application.