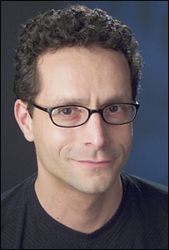 More changes afoot at Google+. TechCrunch has learned, and now confirmed with Google, that David Besbris has left his role as the head of the company’s social and identity product. He has been replaced by Bradley Horowitz, a longtime VP of product for Google+.

Update: Horowitz has confirmed our reporting in a carefully worded Google+ update that does not mention Hangouts, or even Google+ by name, but instead refers to Photos and Streams. This points to the idea of Google+ being split into dedicated services, two of which Horowitz will oversee:

“Just wanted to confirm that the rumors are true — I’m excited to be running Google’s Photos and Streams products! It’s important to me that these changes are properly understood to be positive improvements to both our products and how they reach users.”

Besbris only took over Google+ less than a year ago, in April 2014, after Vic Gundotra — who had started and led Google+ since its inception — left the company.

And it was only in October 2014 that Besbris, reclining in a pool of plastic bubbles (pretty ironic in retrospect), told Re/code that Google was in social and Google+ “for the long haul.”

Well, Google+ may not be completely disappearing, but it does seem to be getting dismantled (as we reported it would).

Ahead of an appearance on Monday at the Mobile World Congress in Barcelona, Sundar Pichai — Google’s SVP of products — last week gave an interview to Forbes in which he hinted that Photos and Hangouts would be moving out of the Google+ product group.

“I think increasingly you’ll see us focus on communications, photos and the Google+ Stream as three important areas, rather than being thought of as one area,” he told Forbes.

Tellingly, at the time, the Google executive publicly commenting on that statement was not Besbris, but Horowitz.

“Some great comments from +Sundar Pichai about future product direction for Google+, Photos, Hangouts,” Horowitz wrote on his G+ page. “We’ve been working hard on these changes and I’m really excited about what these will mean for our users.  As +Radiohead says, ‘Everything in its right place…'”

It’s not clear whether Horowitz is a long-term or short-term replacement while Pichai considers what to do next.

Meanwhile, there seem to be some wider personnel changes, as well. We’ve also heard — but have not been able to confirm with Google — that there’s been a lot of attrition at Google+ amid some low morale. At the time of Gundotra’s departure, there were between 1,000 and 1,200 people working on Google+. A source estimates that around half the team is gone, although there has also been some staffing up in Photos and Hangouts.

No one was asked to leave, no teams were transferred, but few (if anyone) were given incentives to stick around, the source says. People expressed concerns to management but while Google was sympathetic, there was attempt to try to convince people to stay.

It’s not clear what role Besbris will be taking next. Like Horowitz, he has been with Google since 2008.