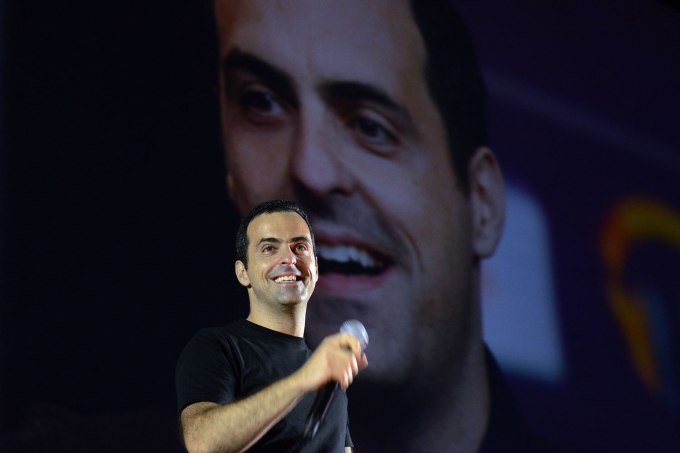 I’m at the W Hotel in San Francisco to hear Xiaomi President Lin Bin and VP Hugo Barra give their pitch to Silicon Valley.

We’ve been told we shouldn’t expect an announcement of the company bringing its products to the US, so the impression we’ve gotten is that this is about explaining what Xiaomi really does.

Why does it need to do that, you ask?

Well, most people see headlines describing the company as the “Apple of China” and see their phones and think, well they must be a premium phone maker. That’s mostly right — except when you compare their prices to Apple or Samsung’s premium models. Basically, they make devices people aspire in China or India can aspire to own and eventually obtain. Of course, as more people move into higher income tiers in those countries, there is a market for even higher-priced devices — hence the more expensive models Xiaomi debuted last month.

Along with not getting the actual segment Xiaomi is going for, most people in the Valley understand that Xiaomi wants to build services atop its devices, but probably couldn’t tell you what those services are. Xiaomi will likely clear up that confusion for Western techies during its presentation today.