Actor David Cross is foregoing the usual indie film distribution model for his darkly satirical film HITS. He’s letting the public pay whatever they want to download it on BitTorrent for the first two weeks, starting this Friday, February 13.

But is this really the best way to distribute something that the film’s producers have worked so hard on?

Cross and his producers said they already had plenty of offers at the film’s Sundance premiere in 2014, but that most of them were from the same old “cookie-cutter” distribution proposals.

“You know the sort of thing; a poster, a trailer, ten cities, some New York Times ads and then VOD simultaneously or shortly thereafter,” explained the film’s producer Giles Andrews. “The idea that HITS was going to go through the sausage factory for independent film distribution didn’t fit with the type of film David had made.”

Andrews felt the film deserved something different. It wasn’t until he ran into BitTorrent’s content director Straith Schreder at a Sundance party that he figured out what that was. A little bit of chit-chat about the film and about what BitTorrent was doing and Schreder had successfully planted the idea to make HITS a Bundle release instead.

“Twelve hours later she presented a deck that was 30 pages deep and more considered and robust than what more traditional distributors had provided,” said Andrews.

There was some initial pushback about going with BitTorrent. The team wasn’t sure people would actually pay anything if they could just pirate a download somewhere online. That’s where the pay-what-you-want idea came in. “So we thought, okay, let’s give it to people at whatever price they want to pay,” said Andrews. 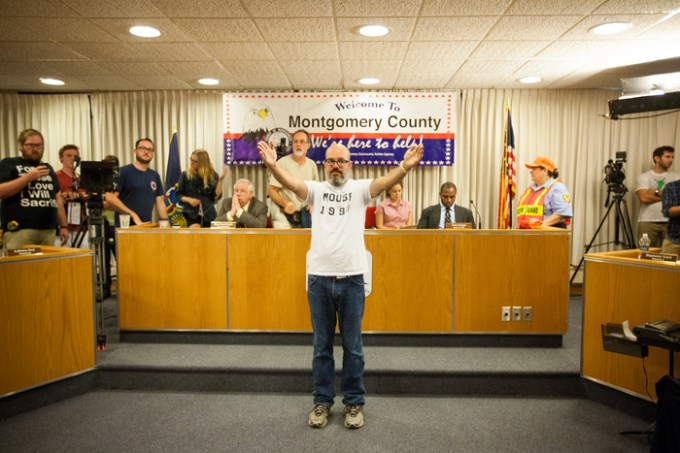 This could eliminate the need to pirate a copy. People could easily, legally, download the film for free this way. Cross liked the idea and agreed this was the solution. For him, it actually reinforced what his film was saying about what talent is really worth. “The pay-what-you-want part isn’t something new. We’re following in the steps of people like Thom Yorke and Louis CK,” said Cross. “But we thought this was more appropriate because we are asking people to pay for something they may have already paid for on Kickstarter. Why are we then asking them to pay again?”

BitTorrent was set to release “The Interview” via a BitTorrent Bundle but the film about the assassination of North Korean leader Kim Jong-Un was not distributed this way in the end. HITS is the first feature-length film to be released as a BitTorrent Bundle. It’s also the first to offer up a pay-what-you-want model on Bittorrent.

BitTorrent has experimented with other forms of entertainment distribution in the recent past. Sony’s promotional Bundle for the Soviet Union documentary Red Army has generated over 2 million downloads and there have been over 4.5 million downloads to date for Thom Yorke’s ‘On Tomorrow’s Modern Boxes,’ according to BitTorrent.

“I spent a lot of time thinking about a better way to get this film out there. Hopefully this is the first domino in paving the way for other filmmakers to get their films directly into the hands of fans instead,” Cross told TechCrunch over the phone.

Fans of the film will also be able to pay whatever they want to see the film in 50 select movie theaters throughout the United States and Canada at the film’s debut this Thursday, thanks to a somewhat zany Kickstarter campaign. Cross made his  $100,000 fundraising goal three weeks early by offering to do things like become the godfather of your child for $3,500 or invite you as his personal guest at his next comedy show for $2,000.

“I spent so much time on this. I just want as many people to have access to this film as possible,” Cross said.

HITS will also have a more traditional release in theaters in New York, Los Angeles. Vimeo, iTunes and Google Play will also distribute the film.