Have you been personally victimized by Regina George? You can now play her in a game. The aptly named gaming company So Much Drama is bringing a reimagined version of the film Mean Girls to iOS.

Similar games such as Mean Girls High School Showdown for web and Mean Girls DS for PlayStation exist, but this is the first time a game based on the popular chick flick is available on iPad and iPhone. 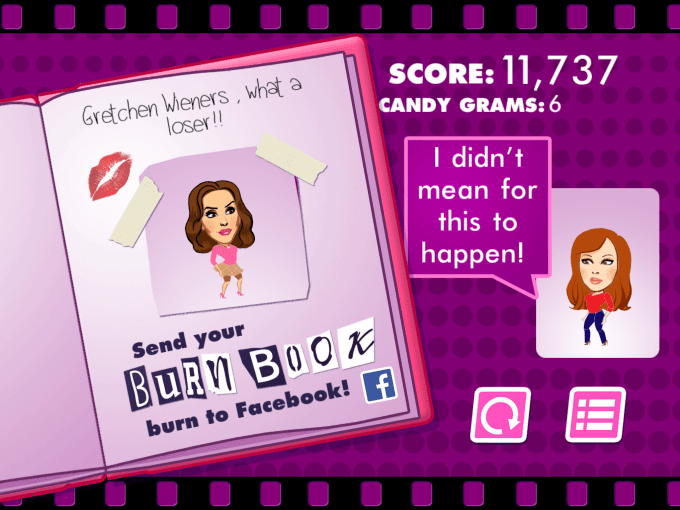 Players will find that a new set of Plastics are trying to take over North Shore High School by piecing together the broken Spring Fling Tiara. You can restore peace to girl world by choosing from eight main characters: Cady, Regina, Gretchen, Karen, Janis, Damian, Aaron, and Kevin.

Whether you’re a band geek or a regulation hottie, all characters come with their own unique abilities and cliques to defeat opponents and move up levels. You can also team up with your Facebook friends if you choose to invite them. 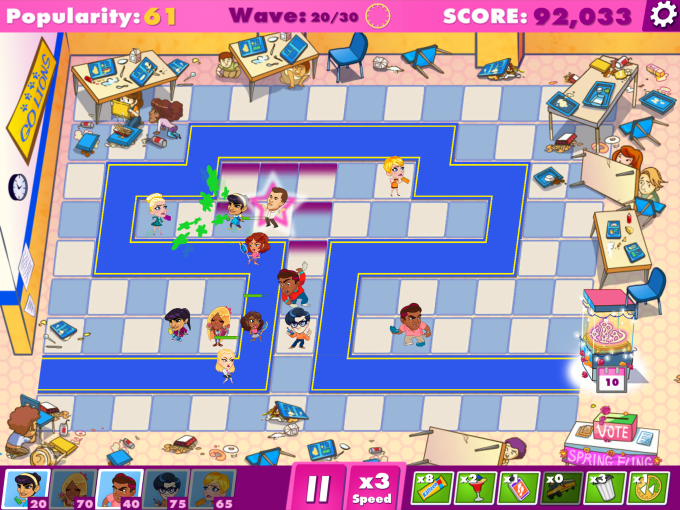 Fans of the film are sure to appreciate the different play modes like ‘You Can’t Sit With Us’ and ‘She Doesn’t Even Go Here.’

“Mean Girls is hilarious, brutal, and endlessly quotable; I absolutely loved watching and re-watching the film,” says So Much Drama president Jeff Meador. “The game is rich with the quirky humor, over-the-top high school power struggles, and everything from hilarious lines, peppermint foot cream, to, yes, the Burn Book.”

So Much Drama has produced two social mobile games for RuPaul based on the popular show RuPaul’s Drag Race. Mean Girls is slated for release early this year.