Teradata, the publicly-traded analytics company, has made another acquisition to beef up its operations in mobile: the company has acquired Appoxee, an Israeli push-messaging startup aimed at publishers and developers that want to increase user engagement in their apps. We have had direct confirmation of the deal from a source very close to Appoxee, and Israeli-language paper Calcalist is reporting it, too (in Hebrew). A source confirms to us that Teradata is paying between $20-25 million for Appoxee.

It’s a good exit for Appoxee. Originally founded in 2010 by Itay Levy and Elad Kushnir, it had raised less than $2 million. Kushnir is no longer with the company; Levy is currently the CEO. 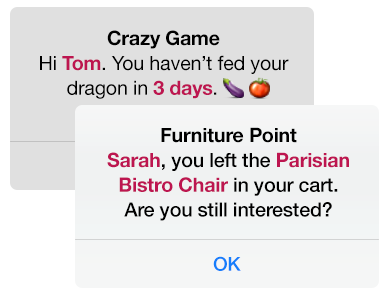 Appoxee’s business addresses one of the bigger issues in the world of apps today: keeping users coming back to and using your app, in the face of those users downloading yet another new app instead, always moving on to the next big thing.

Appoxee gives developers a way to addresses this using push messages — sending messages to you to remind you to finish playing a game, or to send you info about an app update, or coupons for goods in the app. It also has a platform to help build these push messaging campaigns.

The idea behind the acquisition appears to be two-fold. First, it will give Teradata another frontier to build out its business in the area of cloud and mobile services.

Teradata already offers a range of big data analytics services (some of which have also grown by way of acquisition, such as this purchase of Think Big Analytics in September 2014). This will give it another service that it can both sell on to existing customers; as well as use as a way of bringing on new business from app publishers (including those already using Appoxee), which Teradata hopes will then become customers of its other services as well.

The second aspect of the deal is Israel: the country is well-known for its engineering talent and a lot of U.S. tech businesses — others have included Google, Facebook, Microsoft and Cisco — have acquired homegrown startups as a way of tapping into that ecosystem. This will be the case here, as Teradata will use Appoxee to become the start of a research and development operation in the country.

That could see, for example, Teradata expanding the functionality and services of the Appoxee platform. That could be a smart move: as demonstrated by acquisitions by Apple, Microsoft, Yahoo, Facebook, Twitter and more, app analytics are hot today.

It’s likely that Teradata will confirm the acquisition at the opening of the markets in the U.S. today; we’ll update this story as we learn more.

Update: Teradata confirmed the acquisition but not the financial terms. (We’re confident of our numbers, though.) Appoxee is become part of Teradata’s Integrated Marketing Cloud services.