According to a new report out this morning from appFigures, the Google Play mobile application market surpassed Apple for the number of new apps for the first time in 2014, and its developer community growth also exceeded Apple’s for the third year in a row, now distributing apps from 388,000 different developers. Much of that growth took place in the latter half of the year, the report notes, citing data released earlier this past summer for comparison’s sake.

More developers joined Google in 2014 than Apple and Google combined, allowing it to top Apple’s total of 282,000 developers and Amazon’s 48,000.

Overall, app development is also on the rise, with all three apps stores growing by at least 50% in 2014. But Google’s store is really growing, the report found. 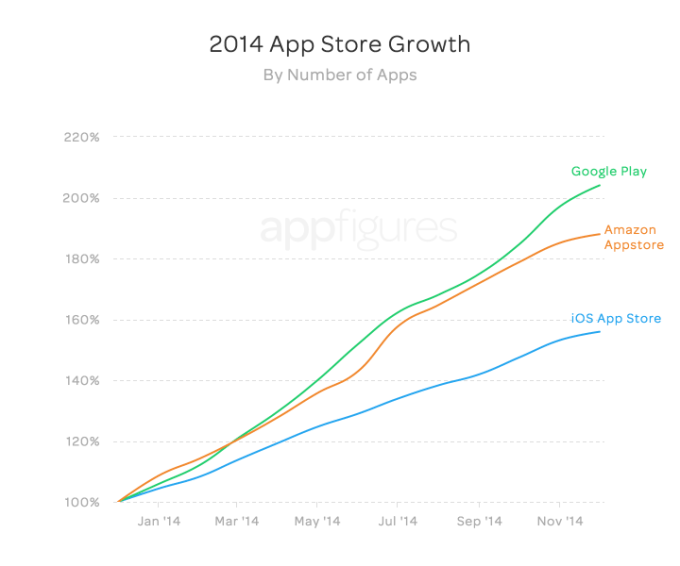 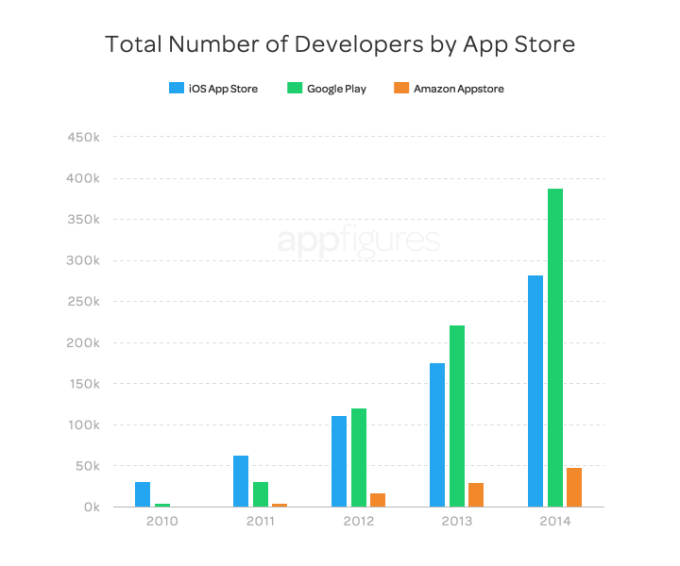 The difference in sizes between Apple and Google’s stores has a lot to do with the ways the two companies choose to manage their mobile app marketplaces. Apple puts developers’ apps through a more extensive review process, while Google allows its developers to publish directly, only stepping in after the fact to deal with things like Terms of Service violations or mobile malware distributions. 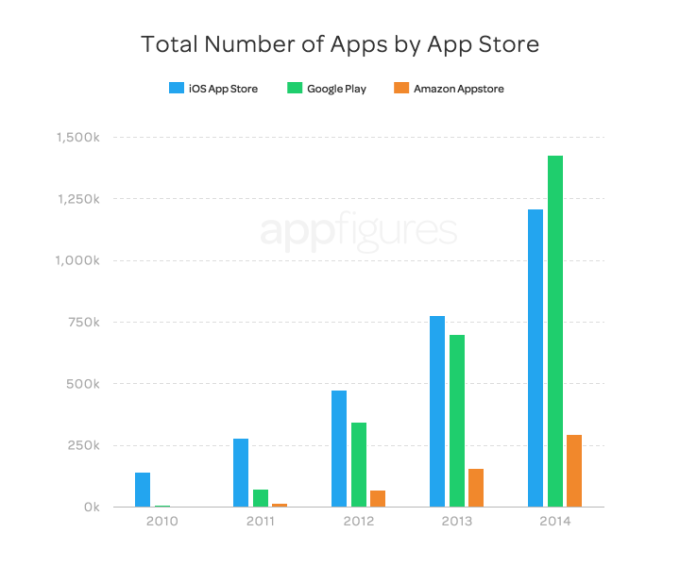 We should point out that this differs from Flurry’s year-end report released earlier this month, which found that the top app categories experiencing growth in 2014 were Shopping, Utilities & Productivity, and Messaging.

But the discrepancies here may have something to do with the fact that appFigures analyzed the two markets separately, while also using slightly different grouping. For example, mobile Shopping apps often dominate the Lifestyle category, while some Messaging apps may find themselves listed under Social Networking. Meanwhile, there’s certainly some overlap between the Business and Productivity categories as well.

In other words, Flurry’s and appFigures’ reports aren’t direct comparisons. 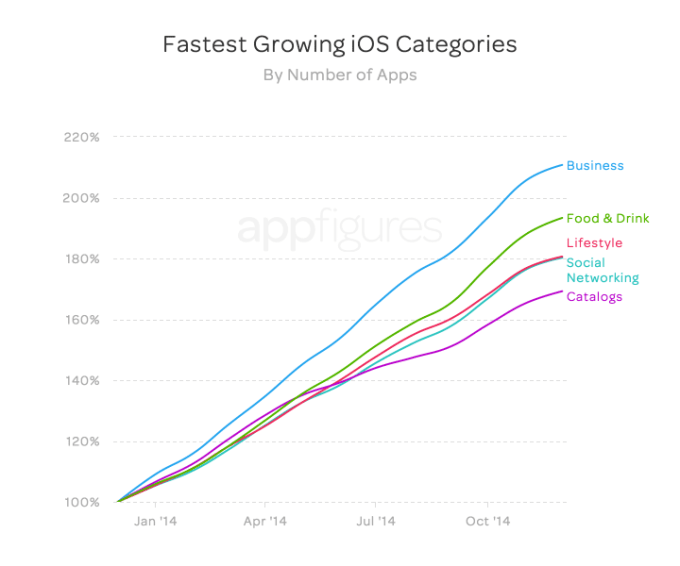 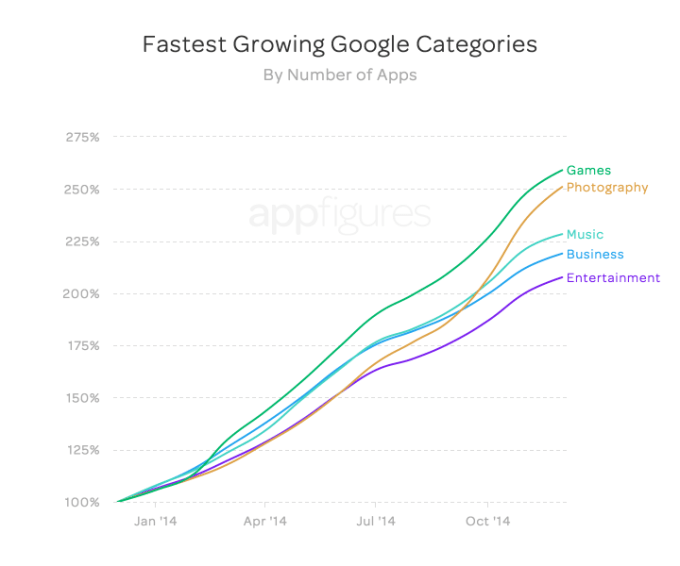 The data in appFigures’ report comes directly from its database, which contains all the apps from the three app stores. The company began its analysis by summing up apps by store by year. But because the different stores have different catalog sizes, it looked at growth in comparison to the previous year and not as absolute numbers, making the value at the end of 2013 the 100% mark. This means that any growth marked on the graph as 200% is really the store doubling.

Keep in mind that just because Google is surpassing Apple in terms of growth, it’s not necessarily a measurement of developer preference. Many app developers still launch on iOS first, then build their Android applications. That’s because Apple is where developers are generating most of their revenue. But Google’s growth is a hint at the maturation of Apple’s App Store – though still growing, some of that growth has slowed in comparison with other years. Meanwhile, developers who have found success on the iOS App Store are now expanding their footprint to Google Play, especially as the international market opens up.