A big part of the reason Uber has raised two billion dollar funding rounds is that offering service is capital intensive. In some markets battling its rivals necessitates aggressive price cuts, while in others offering price reduction is a way to appeal to more consumers and widen awareness of its service.

With that in mind, the company has announced plans to cut prices in 48 of its “newer” cities in U.S. that have no experienced cheaper rides as yet.

What’s interesting about this impending mass price drop is that Uber is, for the first time, ‘guaranteeing’ that drivers in cities with price cuts will actually make more money from its service.

“We’re so confident in the earnings gains drivers will see that we’re making earnings guarantees in every city where we’re cutting prices. We feel that it is important for drivers to have this kind of certainty and comfort going into a price cut,” the company said in a blog post.

Uber — which is a very data-driven company, for better and for worst — uses two examples to back up its prediction. New York, where it previously claimed driver take-home has increased despite price drops over the past three years, and Chicago, where it said the average price of fares has dipped but an increase in passengers is bringing more money to drivers overall. 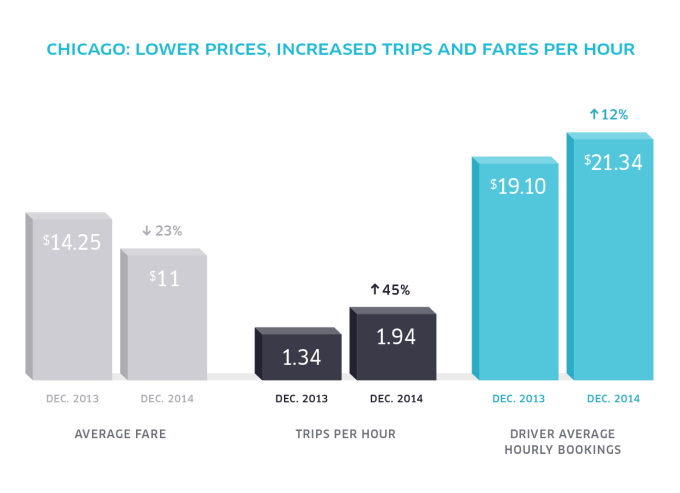 Uber is present in more than 140 cities in North America (and cities in 53 countries worldwide, for what it’s worth) so it makes sense that it is tightening the screw by cutting prices to widen its appeal in these newer cities.

The company’s manifesto — ignoring, for a moment, many of the important concerns about the its recent behavior and culture — is to move people and change the world, as it often says in job vacancy descriptions. Making its service appealing and usable to those outside of the current demographics that use it is essential to achieving that goal, and price cuts are an important strategy that the company adopts to widen its customer base.

Other business focusses include diversifying its offerings to appeal to new consumers and consumer demands, one example of which is the ‘rent-a-van’ logistics service that it launched in Hong Kong this week.

Here’s the list of 48 U.S. cities where Uber’s service is getting cheaper: 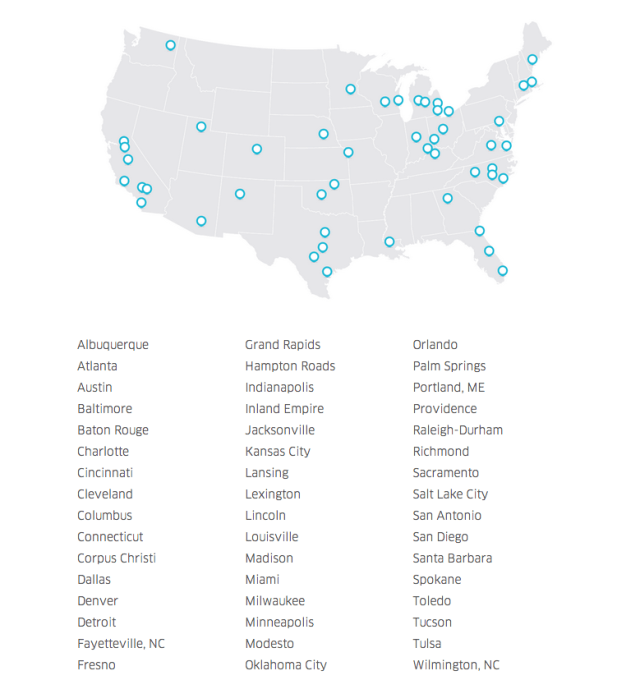